In a completely new reality 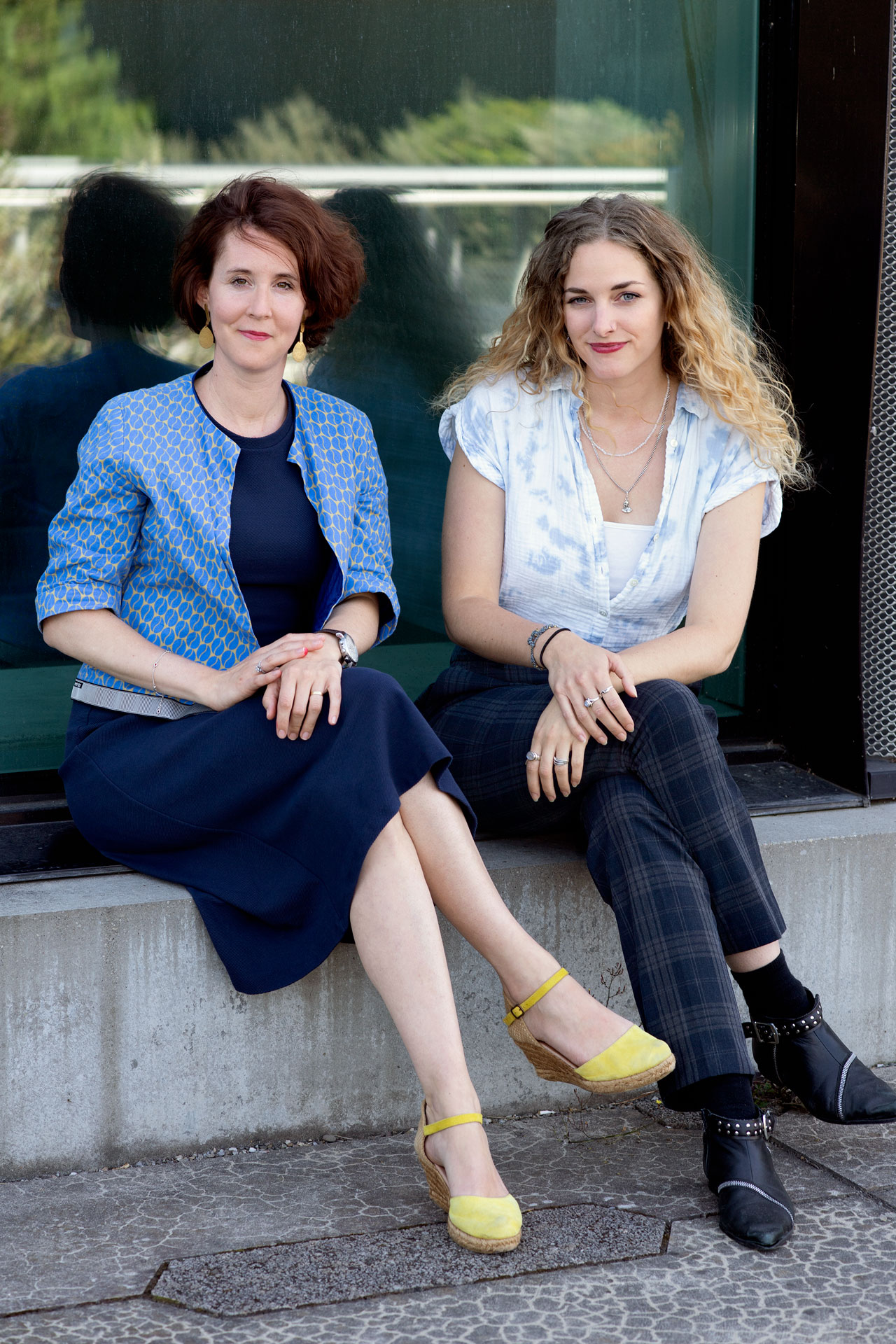 Since March 2022, ZHdK has been accepting refugee students from Ukraine as trial or guest students. Amid the crisis, the International Dossier has drawn on existing programmes and networks, thus enabling action to be taken quickly in this new reality. Florence Balthasar and Alessia Giezendanner discuss the challenges, moments of joy and the necessity of networking.

Florence Balthasar, head of the International Affairs Office, was on a skiing holiday when Russian troops invaded Ukraine. She immediately realized that universities across Europe would need to act. Soon afterwards, ZHdK President Thomas D. Meier condemned the invasion on behalf of the university board, and the International Affairs Office contacted ZHdK students from Ukraine and Russia. Within a few days, ZHdK received numerous enquiries about financial and psychological support. It quickly transpired that support would not be limited to students based in Zurich. “All of a sudden, we were catapulted into a completely new reality. We had to act not only quickly but also as purposefully and efficiently as possible,” explains Alessia Giezendanner, who as the Incoming Exchange Coordinator also oversees ZHdK’s “Access for Refugees” Programme.

The support from the departments, faculty and students has been tremendous. “In such a situation, the greatest challenge is to act quickly and define processes, even if there are so many uncertainties. For the first time, Status S was activated. For us, this raised various questions: What exactly does this mean? What are people entitled to? Will everything work?” The university board quickly decided to introduce support measures, in order to provide a basis for action as swiftly as possible.

In this exceptional situation, two existing offerings also proved helpful: since 2017, ZHdK’s “Access for Refugees” Programme has facilitated access for refugee arts students through trial semesters and trial modules. Since 2020, ZHdK has also been part of the international network Scholars at Risk, which campaigns for the protection of threatened researchers and for academic freedom around the world.

In the first few weeks after war broke out, ZHdK received well over a hundred requests from Ukrainian citizens to enroll at ZHdK as guest students. Alessia Giezendanner collected the dossiers and forwarded them to the respective departments. These conducted interviews, identified suitable entry points and admitted students throughout the semester on an ongoing basis — an enormous effort for all involved. Giezendanner adds, “It wasn’t easy to find the right path. For me personally, the hardest part was realizing that we were just one small cog in a very large, complex system. However, when I was able to send out the first two admission letters for a guest semester, it was a moment of joy.”

Networking in the international context

The challenge of dealing with the consequences of the war in Ukraine confirms the importance of networking, whether with other universities or with organizations such as Scholars at Risk. However, it is important to understand that networking does not always serve an immediate purpose: “Networks have a longer-term effect. They ensure quality, open doors. If we claim to be an international university, then we must be internationally connected,” Balthasar emphasizes. Global and transcultural exchange is more important than ever, she says. ZHdK is part of numerous international networks, including the European League of Institutes of the Art (ELIA), the International Association of Universities and Colleges of Art, Design and Media (CUMULUS) and the International Association of Film and Television Schools (CILECT). Balthasar adds: “Networks such as Shared Campus, a cooperation platform involving seven international art institutions, including ZHdK, also play an important role.” Shared Campus offers international educational formats, research networks and co-productions for students, lecturers and researchers. For Balthasar, this project also reflects the responsibility of arts universities today: “As a university, we educate people for the globalized job market. Therefore, it’s our responsibility to prepare them and raise their awareness.”

Looking ahead, Balthasar and Giezendanner agree: “The Ukraine war has brought the issue of refugees at Swiss universities to public attention. This enables improving access and hopefully expanding it further.”