Other ways of thinking the “world” 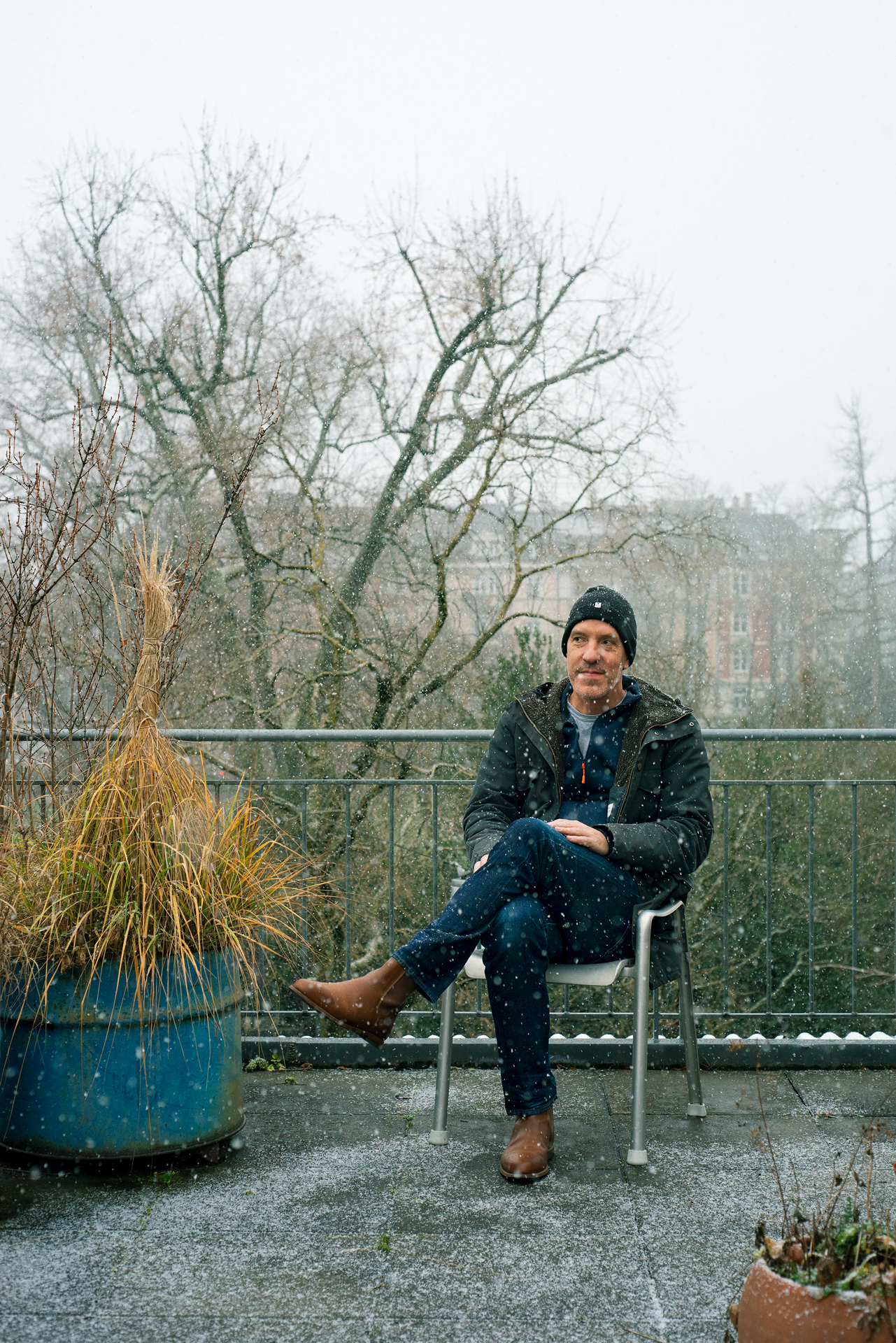 In the middle of Kreis 4: Sønke Gau on the rooftop terrace of his housing estate. Photograph: Alan Maag

Sønke Gau describes degree studies as a “permanent situational and collective search process.” Based at the Department of Cultural Analysis, the curator, cultural researcher and lecturer teaches and researches institutional critique, the (re)politicization of artistic practices and the processes of appropriating anti-tank barriers.

Curator and artistic director on the one hand, researching art and cultural studies on the other? Sønke Gau’s broad range of activities cannot be broken down quite so clearly. Rather, it soon becomes apparent that he considers theory and artistic practice to be intimately related: it is precisely their coexistence, their friction and contradictions that interest him. “Even as the artistic co-director of the Shedhalle Zurich, I saw myself as a mediator between the public, artists, curators, theorists and activists,” he says, looking back. “For me, curatorial activity serves as a crucial juncture between theory and practice.” Precisely this “in-between” preoccupies Sønke Gau, a senior researcher at the Department of Cultural Analysis — who is currently also found taking field walks through the Swiss Mittelland with Simon Graf and Florian Wegelin.

Barren and grey, overgrown with moss or integrated into front gardens lie the objects being studied by the research group whom Gau is serving as project leader: anti-tank barriers. The research project “Materialised Memories (of) Landscape,” funded by the Swiss National Science Foundation (SNSF), was conceived by Simon Graf, an ethnographer, and Florian Wegelin, an artist. Out walking they happened on tank traps and thus on a research gap. So far, these devices have received little attention in research, while bunkers, for example, have been analyzed by researchers and thinkers such as Paul Virilio and, more recently, Katrin von Maltzahn and Mona Schieren. “Anti-tank barriers are phantasms of defence policy,” says Gau. “We are investigating how their change in meaning has evolved in terms of spatial politics, aesthetics and memory culture: we are focusing on appropriation processes and reinterpretations.” The group’s research involves ethnographic methods such as walking conversations with local residents, which converge with artistic formats such as films and postcards, which are played back to interviewees at after-action reviews. In this iterative and exploratory setting, Gau also plays the role of facilitator in order to ensure artistic practice and theoretical references receive equal treatment.

A particular thematic thread runs through Sønke Gau’s projects and courses: the political dimension of the cultural. From ever different angles, he questions power relations, representational politics and their consequences. His first SNSF research project (“Institutional Critique as Method”) investigated the impact of artistic practices beyond the artistic field. When does art take effect on political discourses? How can artistic criticism draw attention to social grievances or render them visible? “The potential of artistic practices can be well observed in new social movements and forms of protest. They are more successful when adopting procedures from the arts,” says Gau.

Currently, he is co-teaching a group of students on the Master’s in Transdisciplinary Studies with Antoine Chessex. The course explores how creativity has developed as a corollary of capitalism in the 20th century: “Our critique of creativity pursues the question of what resistant creativity might look like.” Together with students, Gau is developing new formats of practice or anchoring teaching projects in art institutions or elsewhere beyond the university. “In my understanding, our study involves a permanent situational and collective search process,” says Gau. “It isn’t primarily about reaching definitive, unshakeable findings, but about temporary condensations and recompositions.” He is also pursuing this objective in the Curatorial Studies programme: he wants to teach curatorial practice as a dialogical, processual and transdisciplinary mode of action. “An exhibition is a space of possibility for knowledge production, gatherings, discussions, productions and distribution.”

“Recompositions”: this keyword also sums up Sønke Gau’s focal themes for the coming years. “Accelerated by the Black Lives Matter movement and climate change, the demand for decolonization has become ever louder in recent years, leading to an increased politicization and decentralization of the West,” says Gau. “We now need to address entangled histories, and to pursue other ways of ‘thinking the world’: finding new connections, for example, by giving more space to fabulation and speculation.”

Outside the university, Gau can often be found in a very specific place: Zurich’s Kreis 4, where he has lived for 16 years. He has long declared the Bäckeranlage his extended living room, where he enjoys spending time with his partner, cultural researcher Verena Doerfler, and their five-year-old daughter.

Martina Egli (martina.egli@zhdk.ch) is responsible for communications at the Department of Cultural Analysis at ZHdK.
On Monday evenings, interested staff, students and members of the public are invited to immerse themselves in current discourses as part of the lecture series “Positions and Discourses” — hosted jointly by the Master in Art Education and the Master in Transdisciplinary Studies. Guests from different fields of the arts and sciences share their perspectives and invite discussion. Together with Sigrid Adorf and Basil Rogger, Sønke Gau heads and moderates the lecture series, which will be entitled “Übermorgen. Reclaiming, decolonizing, creating and curating futures” in the 2022 spring semester.
Teile diesen Beitrag: