Excuse me, where’s the stage? 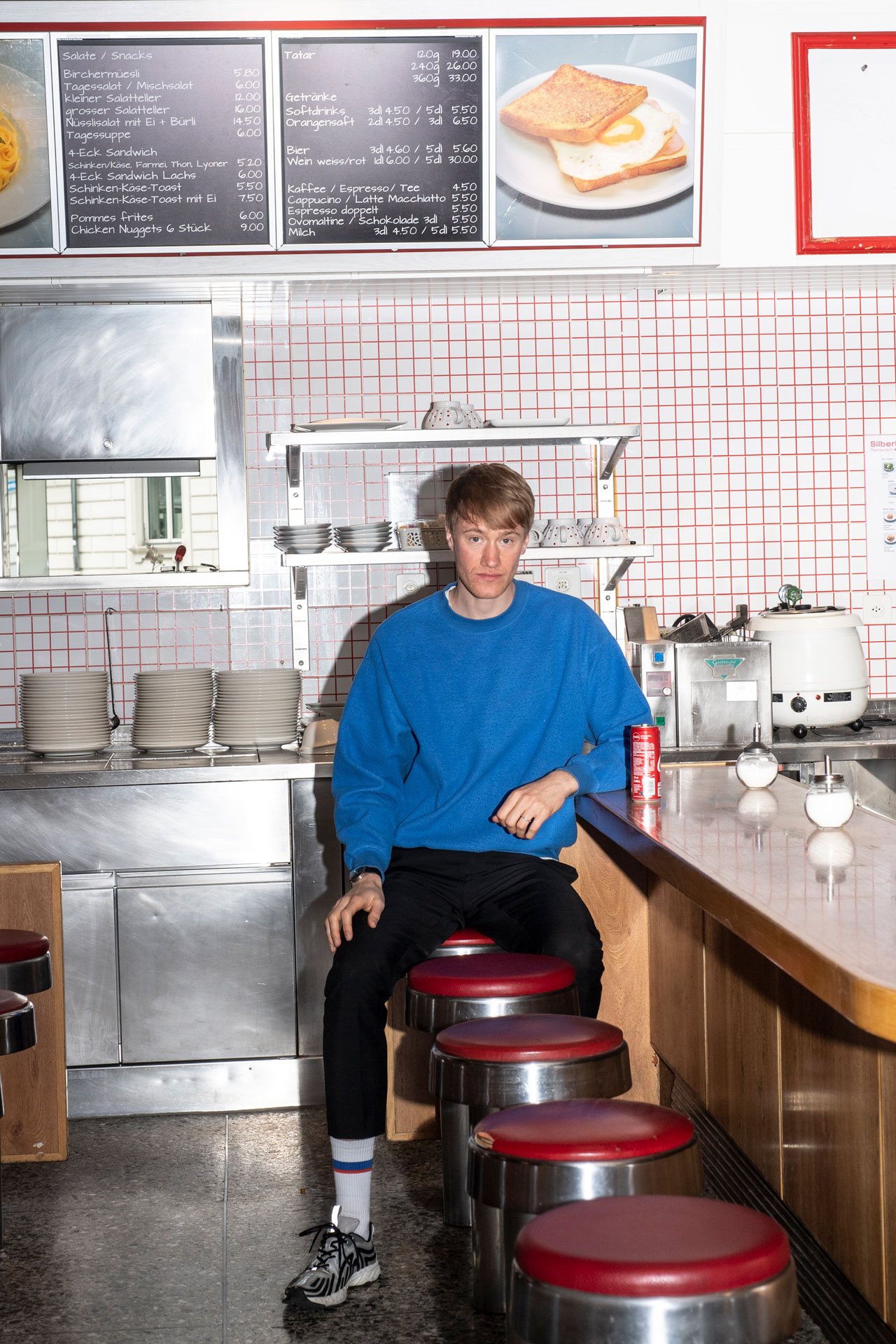 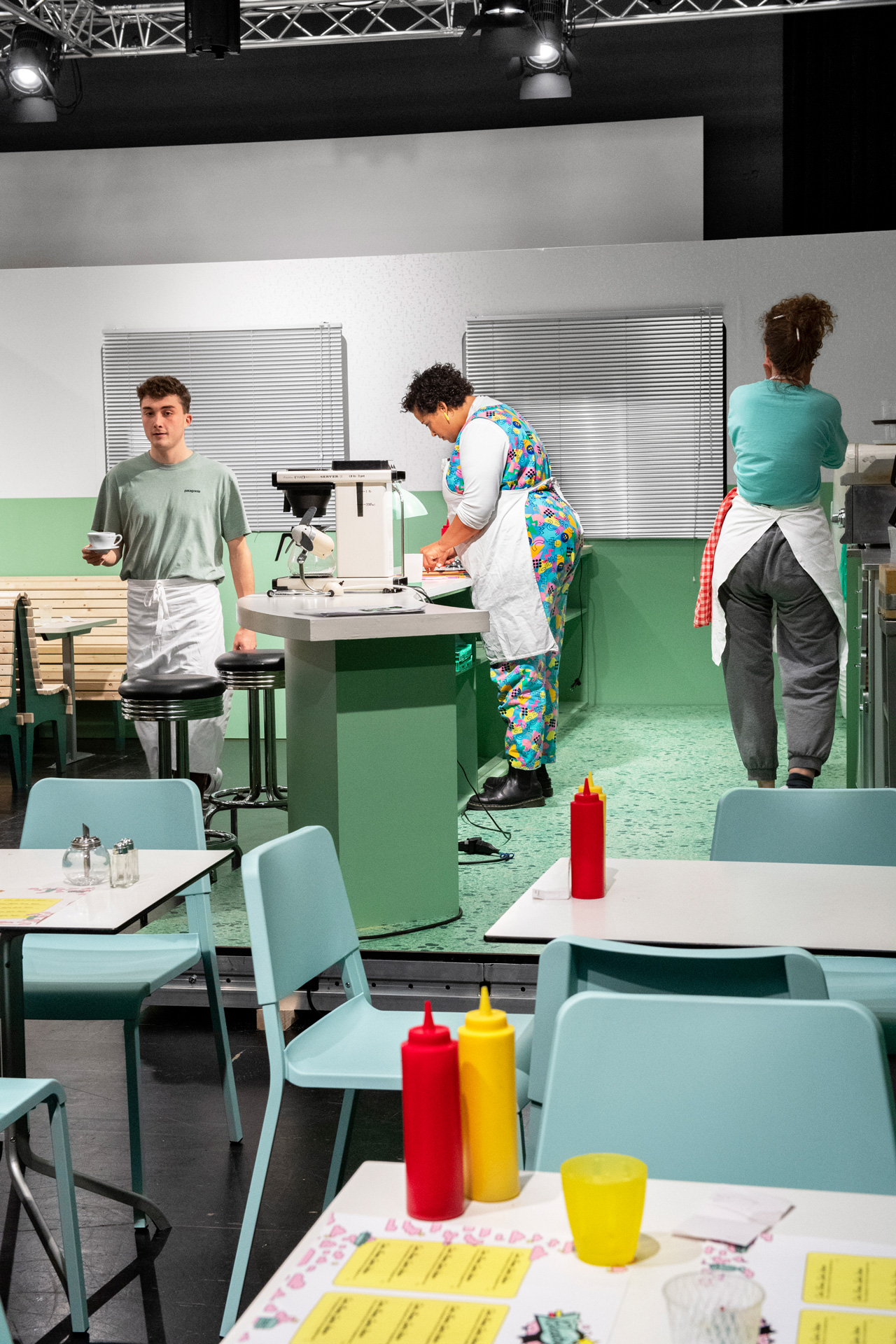 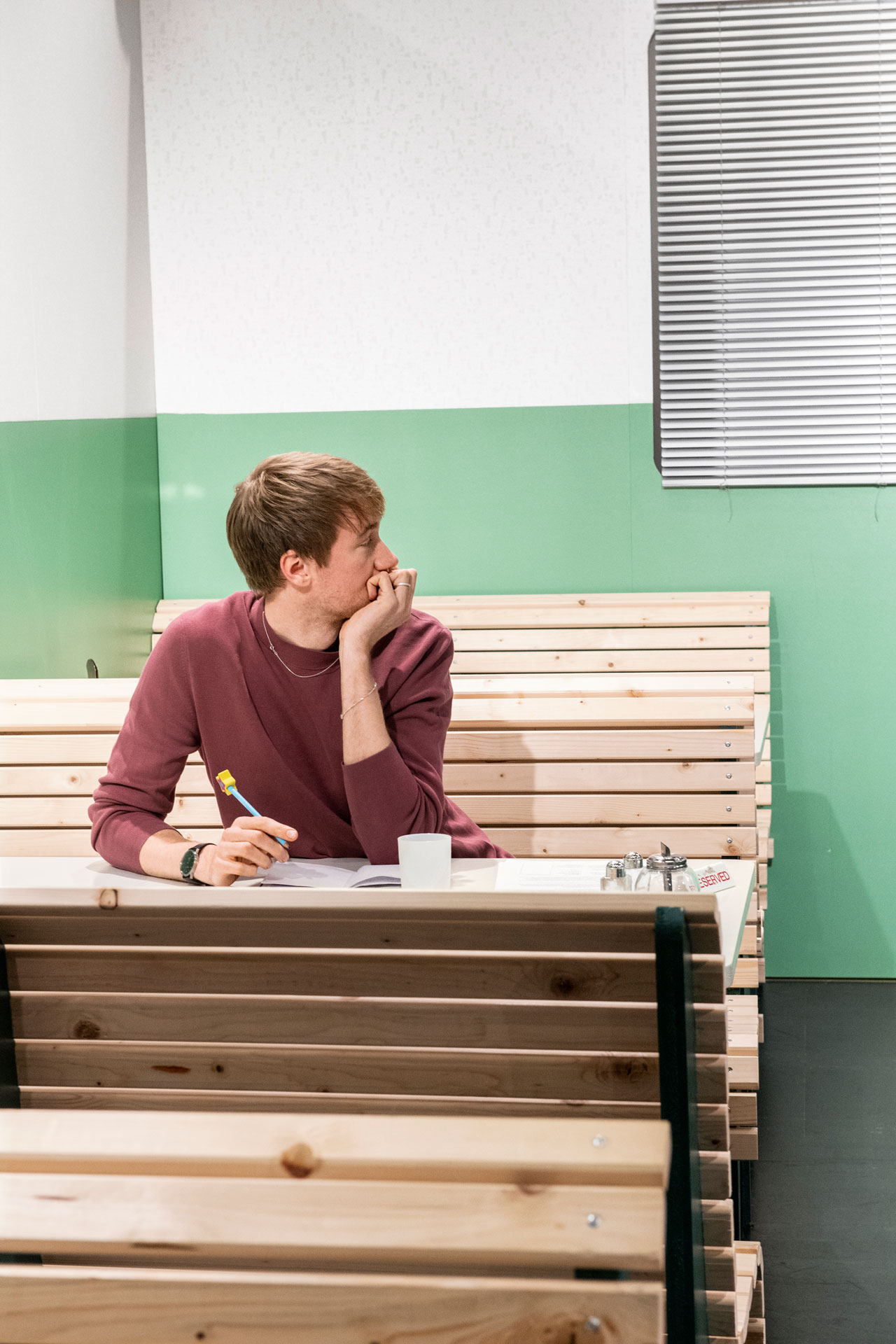 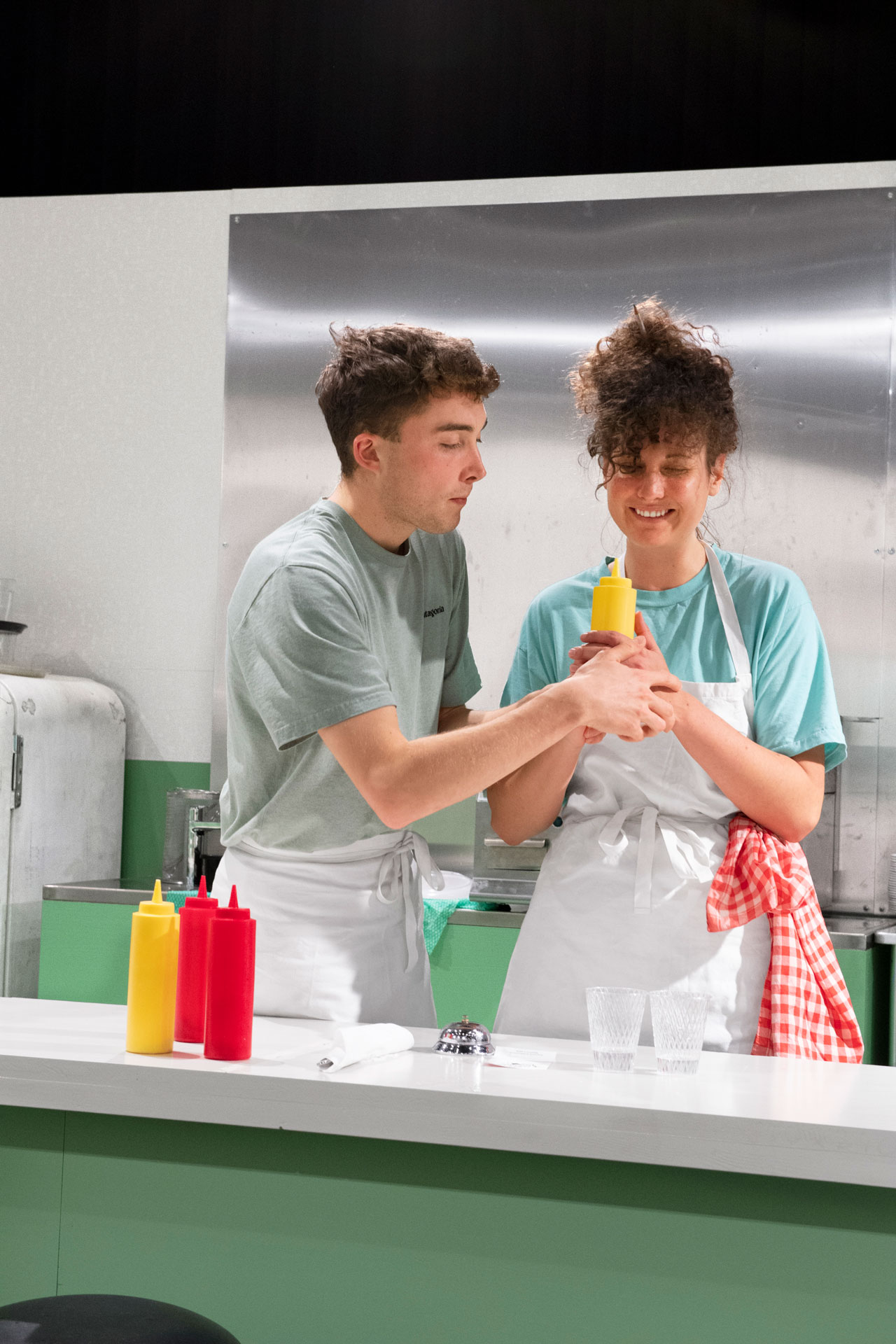 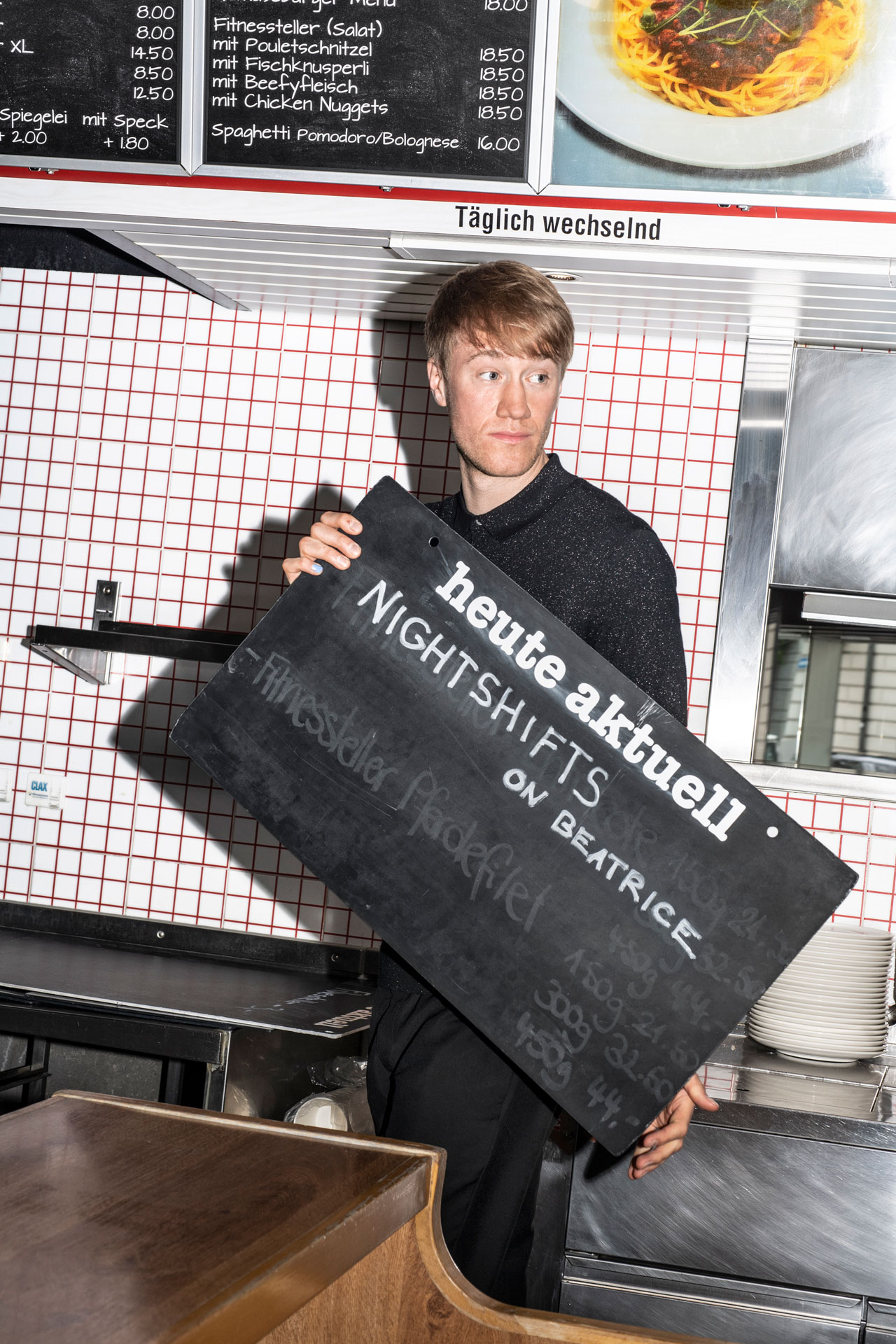 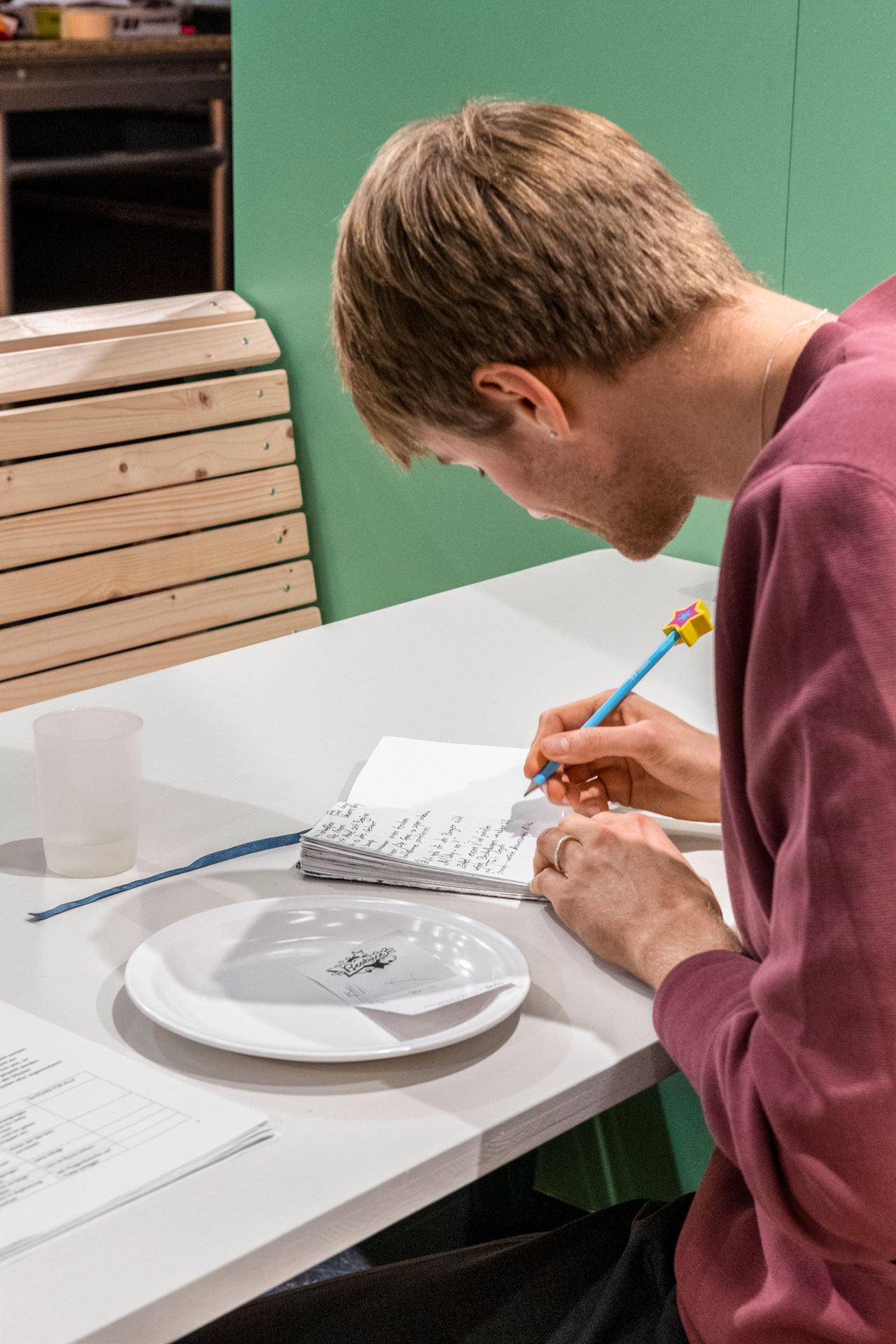 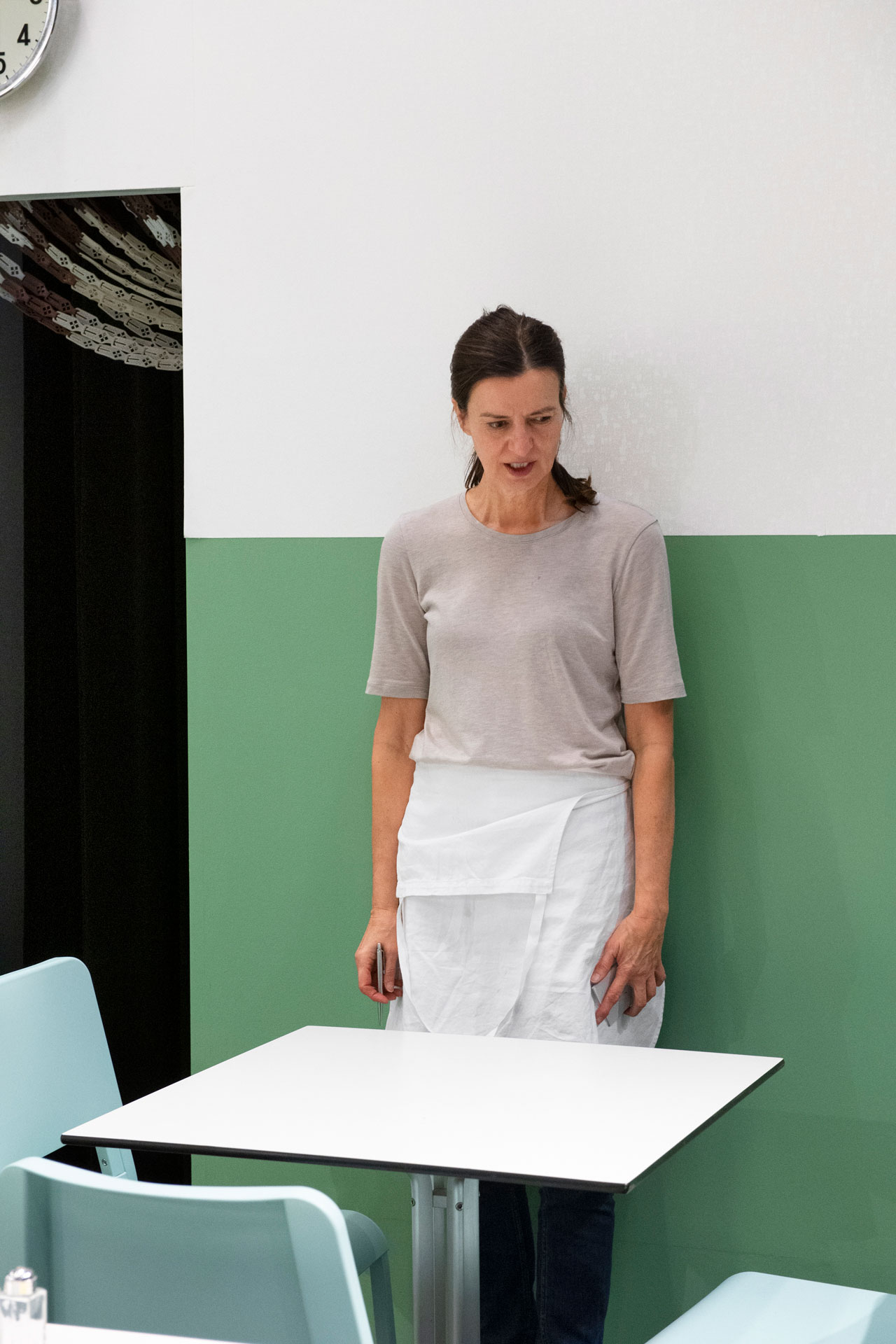 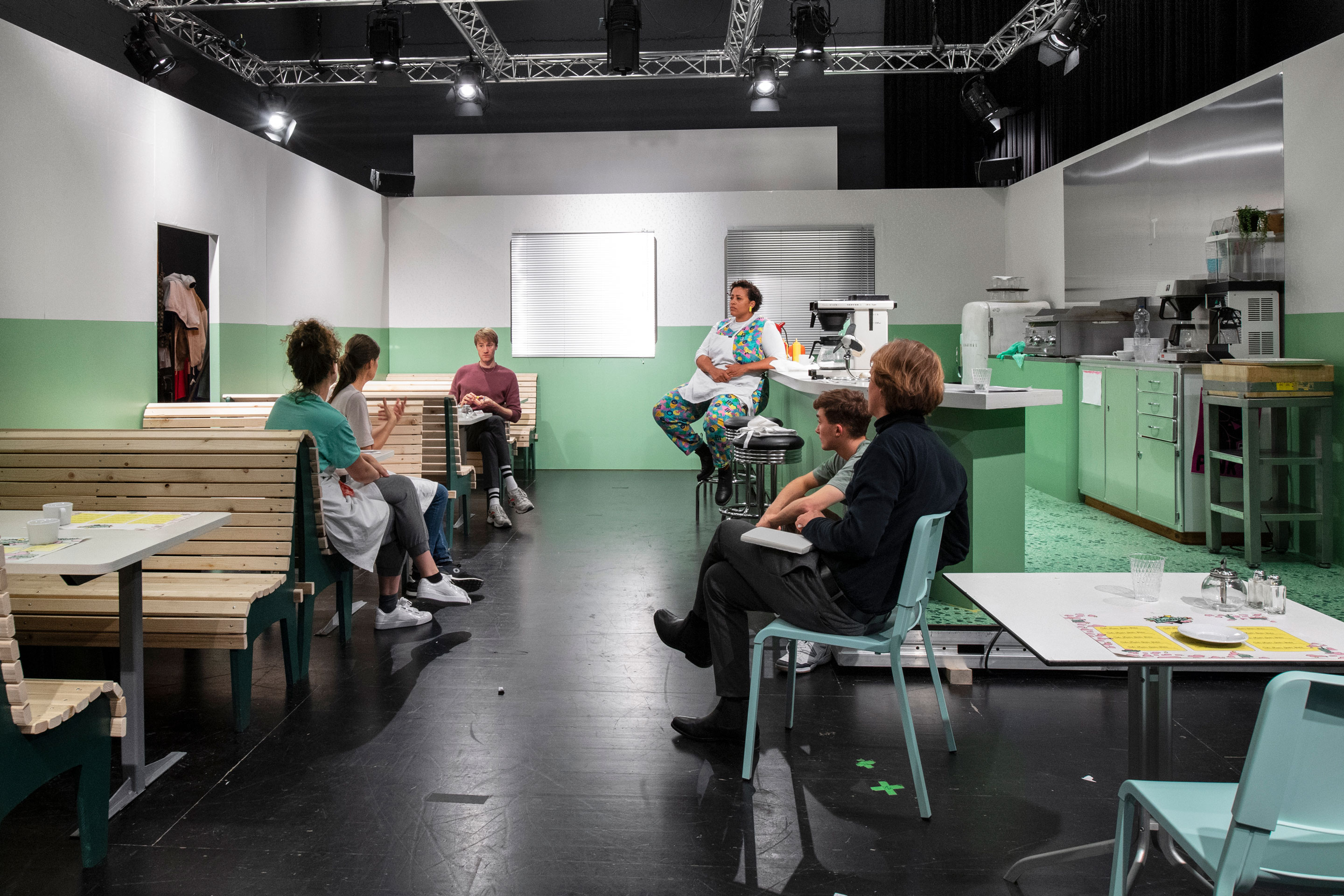 He transposes microcosms from the real world into the art world: Fynn Malte Schmidt has already won several awards for his work. And the Master of Theatre and Directing student also makes himself heard off stage through his active involvement in ZHdK’s student organization.

Sophie Käser: After your Bachelor’s degree at ZHdK, you are now studying directing on the Master’s in Theatre. Why did you choose this programme?
Fynn Malte Schmidt: I went to a sports college where a lot was streamlined and had to fit in with a norm. In this environment, theatre was a place that could and should function differently. I find the director’s role exciting because it moderates, shapes and brings together thoughts and people. Doing a Master’s is enabling me to keep developing my practice.

Your degree project will be premiering in December. What can you reveal about it today?
We are building a diner on stage A at Gessnerallee and are thinking about work and life armed with milkshakes and a variety of materials. What is our relationship to work? In which systems will we be working in the future? From the small world of a diner to large philosophical questions—which we will certainly not be able to answer conclusively.

You have received the ZHdK Bachelor Theatre Prize and also a Fondation ZHdK Excellence Scholarship. What distinguishes your work?
I think I often manage to create a pleasant working atmosphere. That matters to me and in the end you notice it on stage. In recent works, we have often managed to make different microcosms tangible on stage. This poetry of small worlds reveals a lot about where and how people meet. I am interested in representing these small worlds through different aesthetics and texts.

You are part of the student initiative “Kollektiv der Künste” (Arts Collective) and are involved in VERSO, the student organization. What drives you?
I find it incredibly important to shape one’s immediate environment through political work and to initiate changes that would perhaps only be negotiated theoretically without this kind of commitment.

What are your plans after you graduate?
As a director, I would like to describe the world from as many perspectives as possible together with fellow theatre artists and, in the best case, to reform institutional processes through our practice.

Who or what deserves closer listening?
Everybody deserves to be listened to more closely when they tell us about their reality. Making sure that these realities are not exclusively Eurocentric, white and male would be a good start for something that wants to be art.