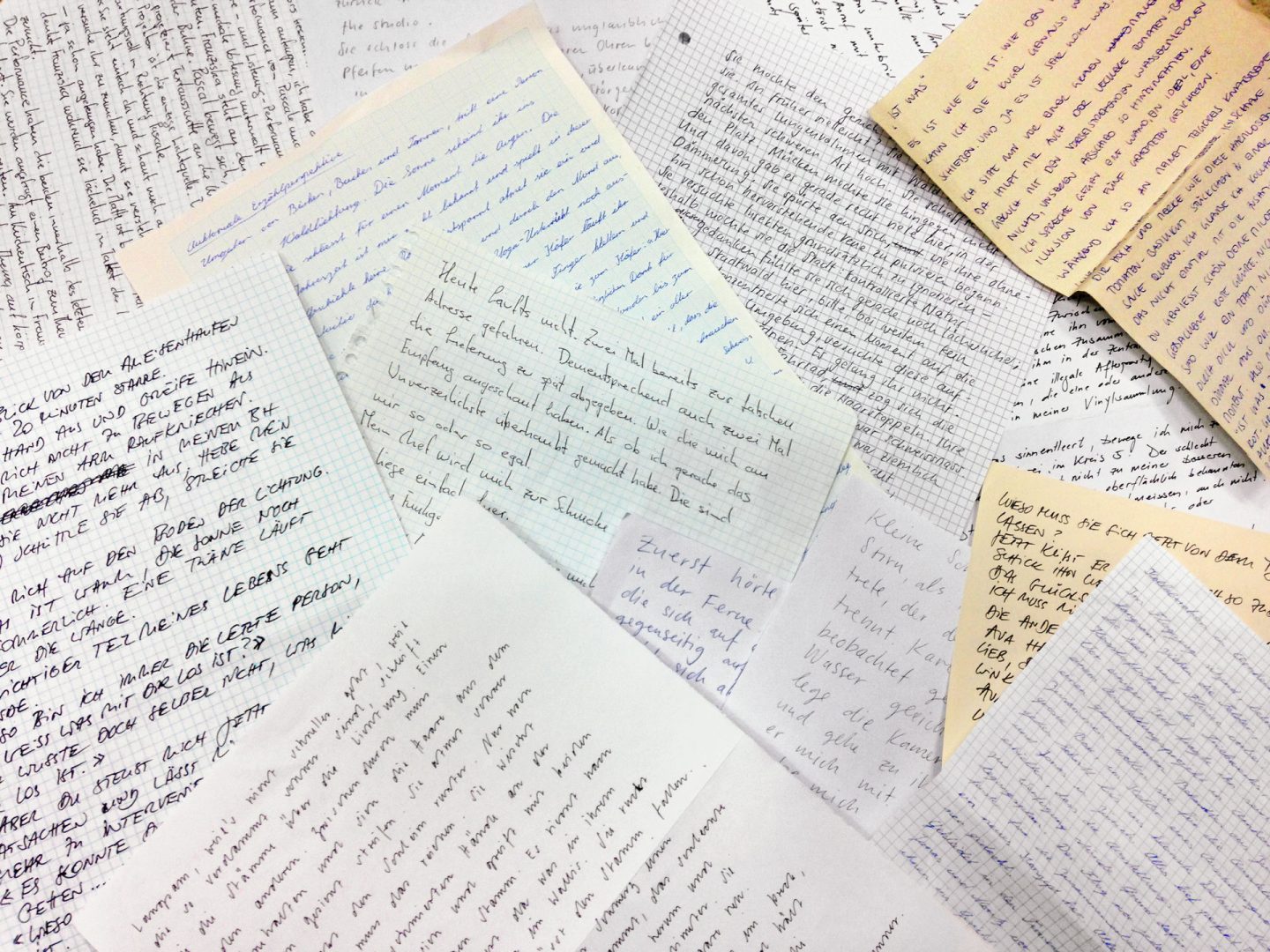 Dominic Oppliger on the genesis of “Reunion”

Collective writing is challenging. Eight ZHdK students tried their hand at multi-authoring in the “Collective Writing”  seminar and wrote a story on our focus topic “Shush!”.  Lecturer Dominic Oppliger reveals how a gripping short  story was created from individual narrative strands.

Gianna Bärtsch: Eight people writing a story together. How does that work?
Dominic Oppliger: After some preparatory reading and input on creative writing, short stories and collaborative writing, I asked seminar participants to recall and write down past collaborative experiences. From the resulting texts, we developed a main character and a situation through numerous writing and discussion sessions. The goal was for all authors to develop a personal approach to the main character.

And then?
Initially, we wrote everything by hand and sent each other the texts by post. After agreeing on a main character and a starting point, we switched to Etherpad, an online text editor. Participants developed eight possible storylines in two digital parkours by working together on four assignments: describe what happened, describe a flashback, incorporate a fantastical element and describe what the secondary character experiences when she moves away from the main character. Afterwards, we collectively discussed and determined the strands, wrote transitions, rephrased parts of the text, standardized the language and did a lot of shortening.

What proved fruitful? What were the stumbling blocks?
Jointly editing and shortening the material on Etherpad worked very well. Since we developed the characters and storylines in collective processes, everyone had already gained a healthy distance from the text. In the various rounds of editing, everyone lent a hand, voiced their opinions, insisted on them or allowed their minds to be changed. It was challenging to decide which sub-stories to continue pursuing and what to make of them.

Readers are left behind in silence at the end.
True, a silence resonates at the end that leaves many things open. We also discussed a version that closes with either the mother or Vela saying “Shush!” But that seemed too flat. Instead, we looked for atmospheric (i.e. narrative) arcs in the story. We found middle ground with “It’s only me,” which is quite well rounded and leaves room for interpretation.