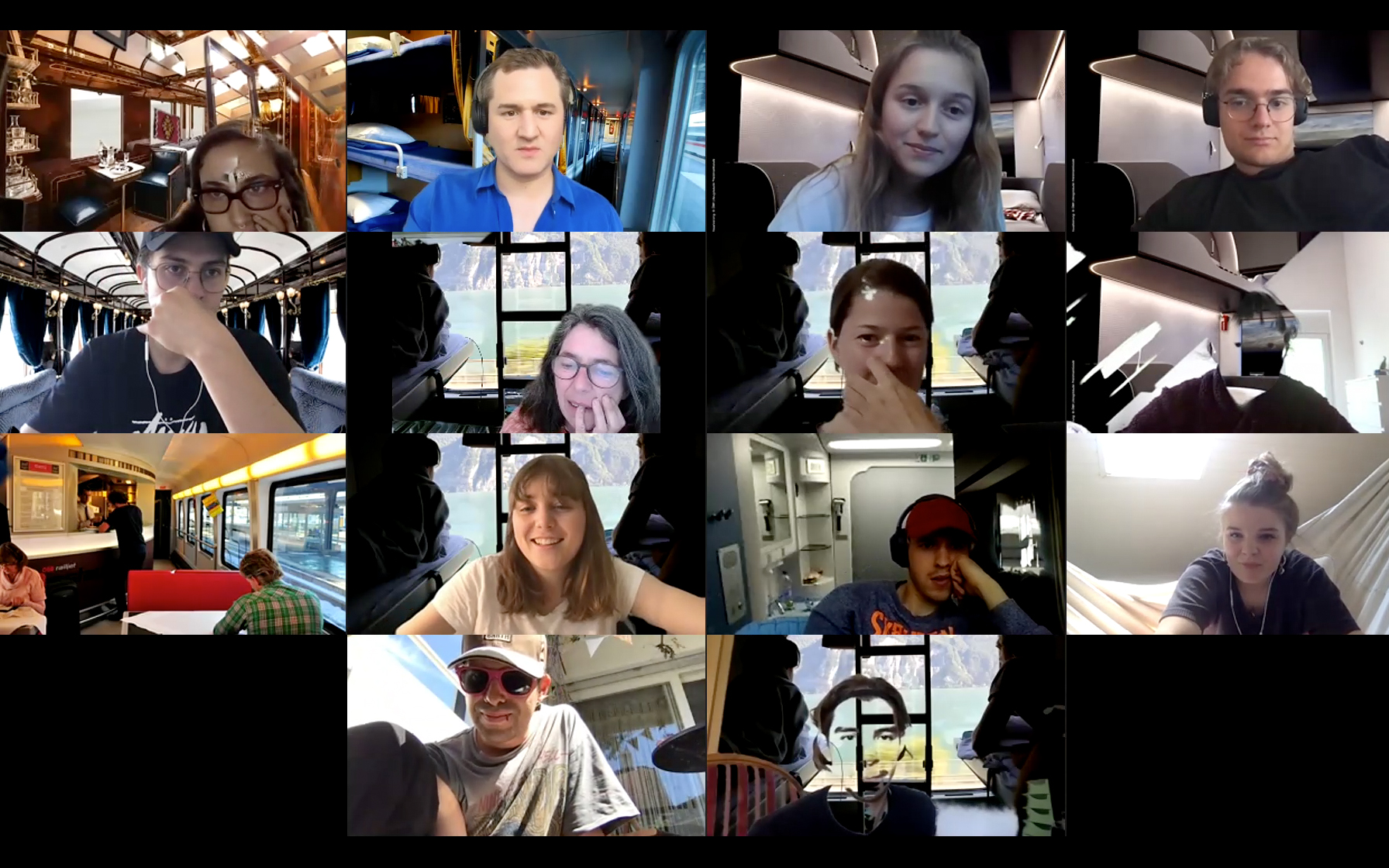 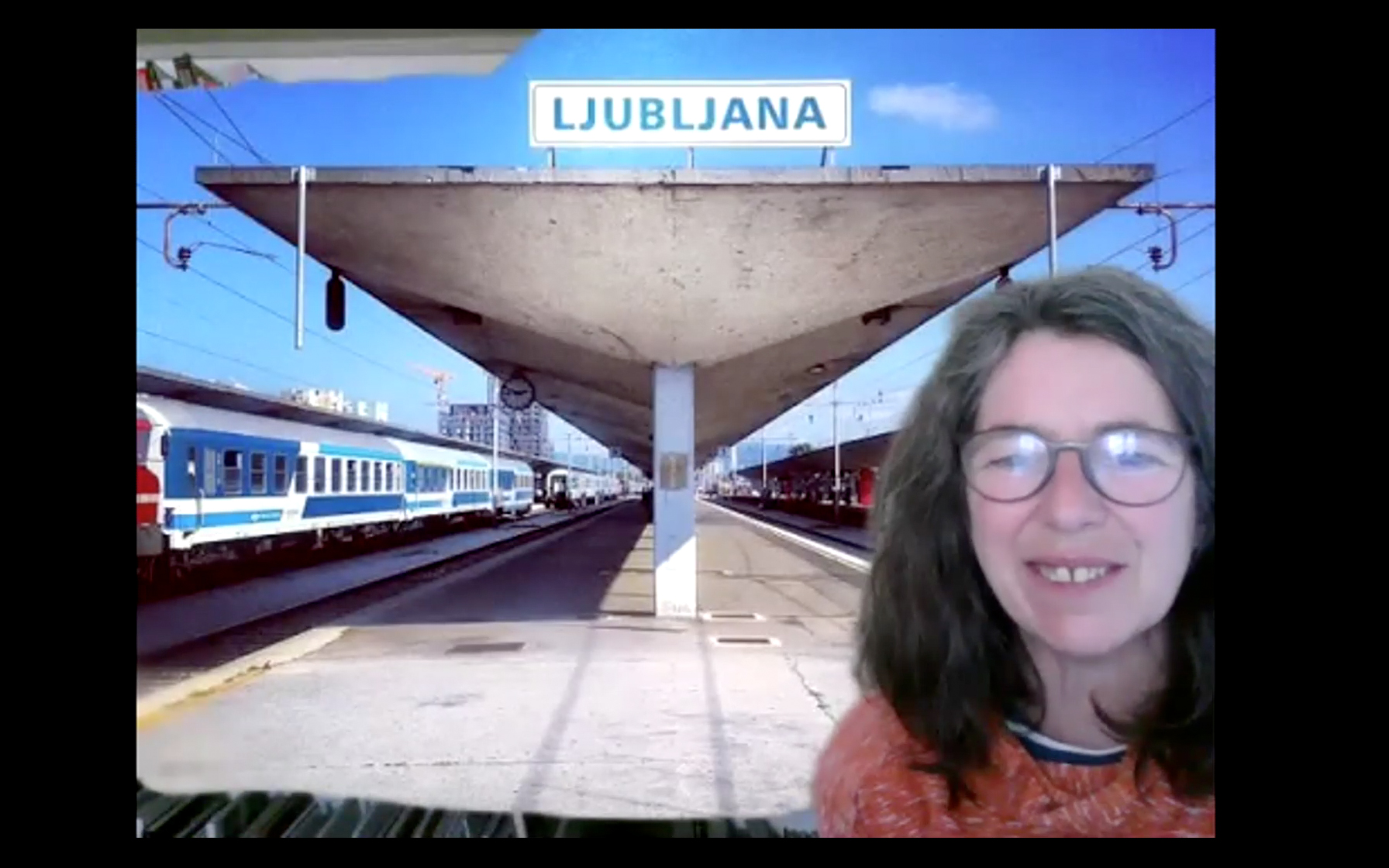 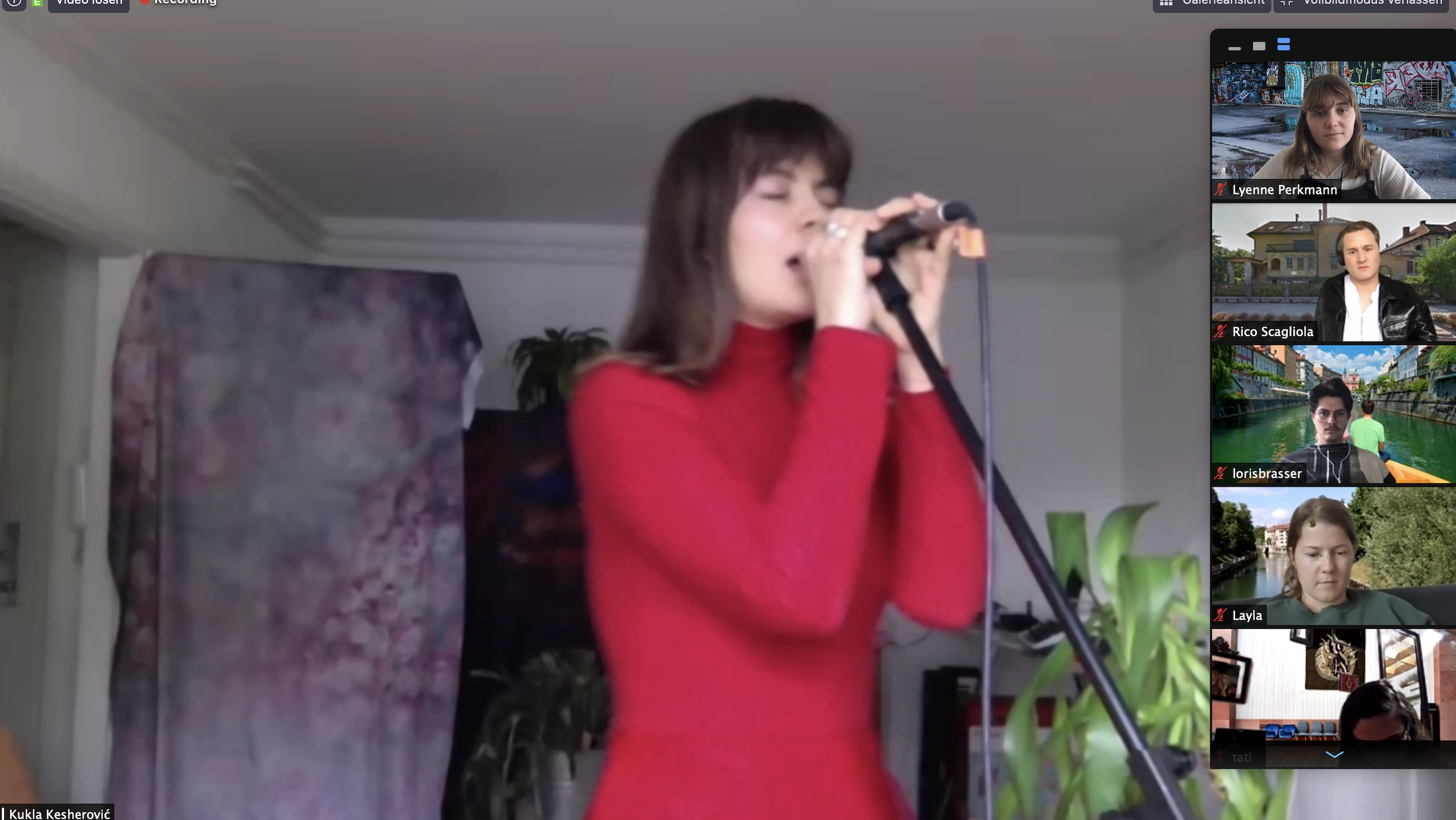 A living room concert with the Slovenian musician Kukla.

During lockdown, life took place mainly on and in front of screens. Switzerland stayed at home. But people still travelled, albeit differently. Students and lecturers of the Bachelor of Fine Arts experienced a very special kind of study trip — without even packing their bags. Because Ljubljana is actually only a few clicks away.

As far away as possible

“A study trip should broaden one’s horizon, enable one to immerse oneself in another city’s art scene,” explains Rico Scagliola, who teaches on ZHdK’s BA Fine Arts with Sadie Plant. From the first semester, they planned the trip with their students. They chose a city that is far away from Zurich, but still reachable by train: the Slovenian capital Ljubljana. When a national lockdown was imposed on Switzerland in March, Rico Scagliola and Sadie Plant refused to cancel the trip. Instead of being real, the journey would take place virtually.

Lyenne Perkmann spends four days online on her study trip. While her parents are living and working next door, Lyenne’s lecturers are waiting for her at the meeting point at Zurich’s virtual main station. Or shouldn’t she already be on her way? Some students have made themselves comfortable in the sleeping compartment: as is well

known, pictures don’t lie. On this trip, though, participants can board whenever and wherever they wish. Entertainment on board is also provided: an online bingo game makes the train ride more entertaining — and faster. Look …! Sadie Plant is already at Ljubljana train station, as the background picture shows. Instead of heading to a youth hostel, Lyenne goes on a city tour with Google Maps. A fellow student shares his screen: he has prepared a street art tour and knows through which streets deserve particular attention (i.e., clicks). Up to four visits a day are scheduled. In addition to virtual museum tours, the students have various opportunities to talk to Slovenian artists. A painter and wall artist welcomes them via his mobile phone straight from Metelkova, Ljubljana’s alternative art centre, and spontaneously invites them to visit his studio.

This is how the digital world creates proximity. Shyer people are more likely to ask questions online, as Zoom’s gallery view knows no hierarchies. But don’t be fooled! The meeting with the philosopher and cultural critic Slavoj Zizek, who joins the Zoom meeting, turns out to be a YouTube video recording. “We allowed ourselves a little gimmick,” says Rico, who conducted the fake interview together with Sadie. For once the questioners knew the answers in advance. The lecturers were thus also pursuing a didactic goal, because the study trip was about “digital space and its possibilities.”

A day touring Ljubljana’s art scene is exhausting. In this case, it is not the miles one normally covers in a city that are tiring, but the bits and bytes flickering across the screen. So it’s time for refreshments. How about horseradish soup and Zlikrofi? Rico has already prepared the ingredients to make these Slovenian ravioli. This study trip enables participants to conjure up culinary specialities from abroad. Impressions abound. As for a conclusion? “We were curious to find out what a virtual study trip feels like. It may not be a substitute, but it’s an alternative,” Sadie sums up. “Virtual exhibitions will probably never become the norm,” adds Rico. Not every art form is equally accessible digitally. “Things go amazingly well online,” says Lyenne. She can imagine more international artist talks taking place online in the future — and perhaps even short excursions. “It’s important that we don’t constantly compare virtual travel with real travel, ” says Sadie. After all, not everything can be separated. What was that again? Has Lyenne already been to Ljubljana or not?