A Chinese-Swiss university of design 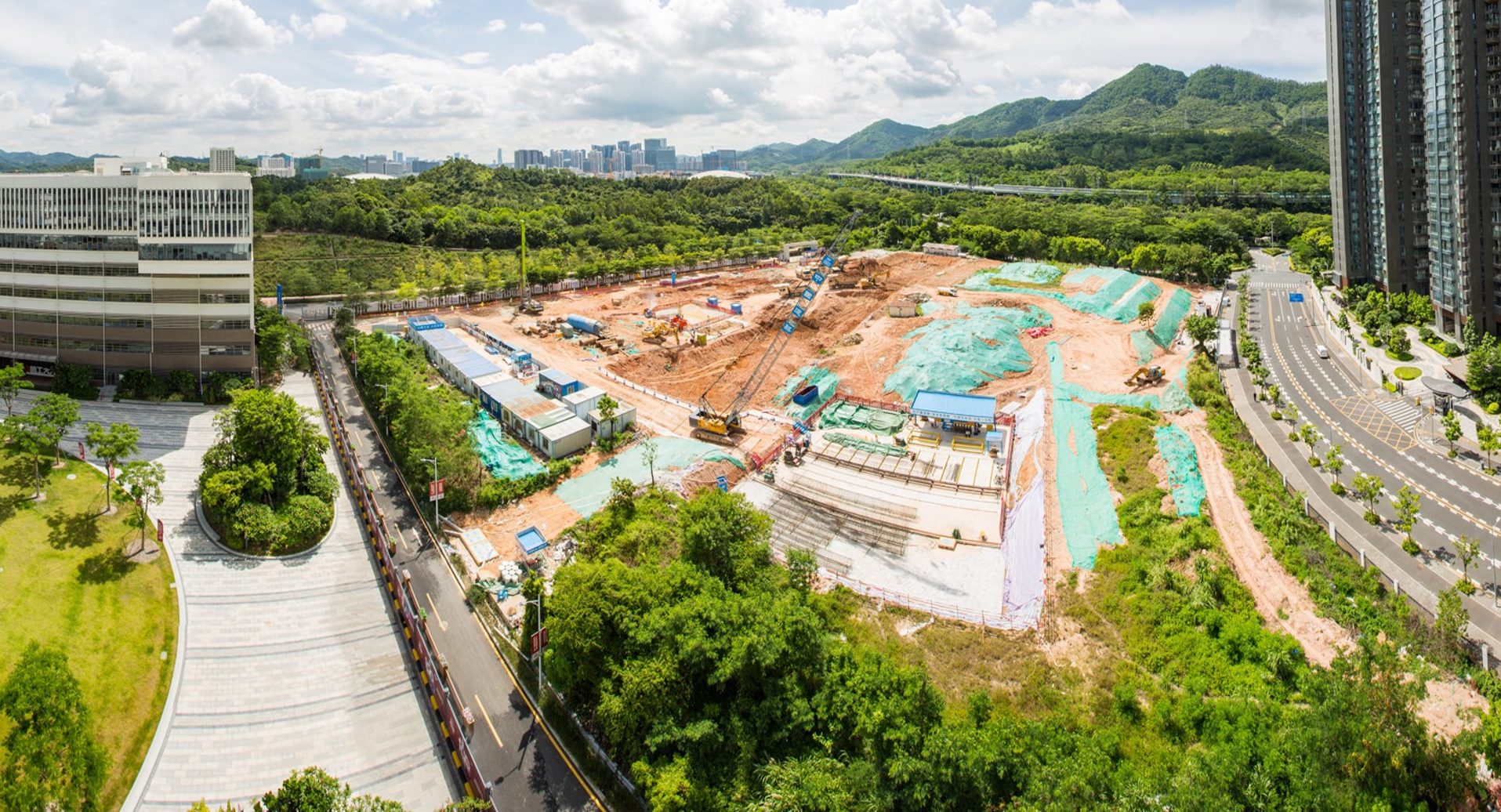 Zurich University of the Arts (ZHdK) is participating in a joint project with the State Academy of Fine Arts Stuttgart (ABK Stuttgart) and the Institute of Advanced Architecture of Catalonia (IAAC) to set up a university for design and architecture in China. After several years of planning, the groundbreaking ceremony for the Shenzhen International School of Design (SISD) took place in July 2020. The first degree courses are scheduled to start in autumn 2021. An interview with ZHdK President Thomas D. Meier about the background, the freedom of teaching and research, and how criticism and dialogue unites the academic world.

Caroline Süess: How did ZHdK become involved in setting up a university in Shenzhen with the Chinese Harbin Institute of Technology (HIT)?
Thomas D. Meier: The HIT is one of the ten best universities in China. ZHdK has been in contact with this partner since 2012 and the idea evolved to jointly develop a university of design in Shenzhen. The IAAC was also involved in the project as a partner right from the start. The ABK Stuttgart joined us last year. The project is part of the partnership established in April 2014 between the Canton of Zurich and Guangdong Province, where the city of Shenzhen is also located. From the very beginning, the project has been able to count on the goodwill and support of the Council of Zurich Universities of Applied Sciences and Arts, the cantonal government of the Canton of Zurich, the State Secretariat for Education, Research and Innovation, the Swiss Embassy in Beijing, the Consulate General of Switzerland in Guangzhou and swissnex China.

What is ZHdK’s role?
ZHdK will be making an important contribution to the Shenzhen International School of Design (SISD) in terms of developing the curriculum, research and services, recruiting an international faculty and shaping the institutional culture of the new joint institution.

How does a campus in China help ZHdK in Zurich?
For ZHdK and its staff and students, the SISD adds a new dimension to resources and potential in teaching and research. Joint projects, involving all partners, in teaching and research are just one of things being planned. There’s also a focus on promoting young researchers: the aim is to enable ZHdK students to do their PhD at SISD, an opportunity which has been denied to them so far in Switzerland. For teaching and research staff at ZHdK, SISD offers an interesting vehicle for their professional development. The SISD will also grant ZHdK, the Canton of Zurich and Switzerland access to an exciting, local innovation ecosystem and to the Chinese design market. And for the international faculty and students, SISD offers the opportunity for an in-depth and also critical examination of the Chinese context.

What costs are involved?
The project has been in the planning phase since 2014 and has not yet been approved by the Chinese Ministry of Education. ZHdK has been doing initial preparatory work on a limited scale within the framework of existing appointments, so far there have been hardly any additional costs for ZHdK. ZHdK was reimbursed by its partner HIT for workshops it had organized. This is in line with the agreement that all services provided by ZHdK for the benefit of the project would be paid by its partner. Furthermore, it was also agreed that in the future operating phase, ZHdK will only participate at its own expense in those activities from which it directly benefits.

What about travel expenses?
These amount to around CHF 7,000 a year.

The Swiss Federal Constitution guarantees the freedom of art, teaching and research. Is this also the case in China?
So far, there have been no restrictions in the fields of design and architecture, which are the areas ZHdK is involved in. If the Shenzhen International School of Design goes into operation, practice will show whether ZHdK can continue to shape teaching and research without any significant restrictions. If this is not the case, ZHdK would seek dialogue with its partner and, if necessary, end its involvement.

Would that be so easy? With excavators already digging.
The reputational risk of cooperating with a Chinese university was already discussed at the time when the Council of Zurich Universities of Applied Sciences and Arts opted in favour of the cooperation on 1 July 2014. The terms for a possible withdrawal have therefore been in place since the beginning. The agreements include an exit clause. ZHdK would withdraw from the cooperation if it could no longer act responsibly in terms of content and financing and the safety and integrity of its members could no longer be guaranteed. 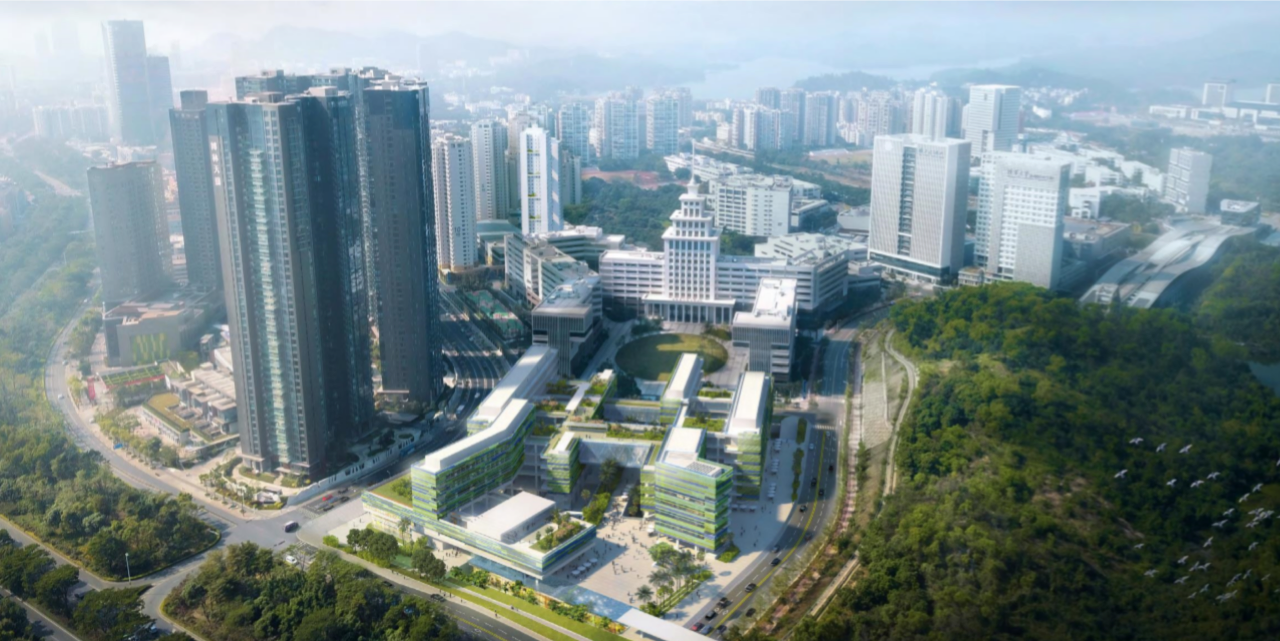 The project is also viewed critically by ZHdK staff and students. What do you tell them?
Current and future challenges can’t be met without critical approaches. The only way to move forward is with conflicting arguments and opinions, always linked to the desire of mutual understanding. Critically-minded curiosity and self-critical reflection are part of the essence of ZHdK – this stance is anchored in ZHdK’s mission statement and is practised at ZHdK. In addition, it is important to inform and create opportunities to pose questions and create room for discussion. This is what we did on 8 September when we held an internal info event, which around 30 ZHdK staff and students attended. The fact that many of them got involved, were critical, but also interested and supportive, testifies to an open and trusting culture at ZHdK.

What are your arguments in favour of ZHdK’s involvement in China?
Like many international and Swiss universities, ZHdK is also active in China. This has been the case since 2002. The political framework conditions have continually changed over the past 18 years and they will also continue to change in the future. With its focus on academic cooperation, ZHdK strives to remain in constructive contact with its Chinese colleagues as far as possible. At the same time, it takes criticism of the current situation in China very seriously, shares some of it and will take it into account in its future decisions.

ZHdK is currently also involved in Hong Kong. A conflict-laden constellation?
I’d prefer to call it a connecting one. ZHdK is currently involved in setting up the joint virtual Shared Campus with two universities from Hong Kong and many others from Asia and Europe. A Chinese university, the China Academy of Art in Hangzhou, is also currently involved in the Shared Campus. The constellation reflects ZHdK’s efforts to have a connecting effect in its cooperation on an academic level.
In the Shared Campus project, around 350 ZHdK students benefited or will benefit in 2019/2020 from the different educational formats. These range from online lecture series, co-teaching modules, summer schools through to a 15-week semester programme. The Shared Campus was devised in 2018 and launched its first activities in 2019, which are now being continuously expanded.

With the “Measures for the Employment and Management of Foreign Teachers” foreign lecturers in China will be subject to clear rules. Can a Swiss university expose its staff and students to this?
The Chinese authorities have submitted this paper to the Swiss Embassy and, among others, to the embassies of the EU member states for comments. It is not yet in force. We will review the final version for its possible consequences for ZHdK staff and students.
Incidentally, there is no obligation for ZHdK staff and students to get involved in a project in China. It is voluntary. If the Shenzhen International School of Design goes into operation, ZHdK will, of course, prepare staff and students who wish to get involved accordingly.
The Swiss government is currently developing a strategy for China that will define future cooperation between Switzerland and China. Based on the fact that many Swiss universities cooperate with Chinese partner universities, the strategy will also address the issue of academic cooperation. ZHdK will be guided by this strategy. In the higher education field, ZHdK will also be guided by the “Guiding questions on university cooperation with the People’s Republic of China” adopted by the German Rectors’ Conference on 9 September, 2020. ZHdK will review its involvement based on these guiding questions. As far as I know, swissuniversities, the Rectors’ Conference of the Swiss Universities, is also involved in developing criteria for such cooperation.