The smart city is dead — long live the creative city!

Wherever artists shape our future, economic perspectives play a role. Enter the Zurich Centre for Creative Economies, to engage in new relationships between art and business: from research to entrepreneurship.

How do artistic freedom and a successful start-up come together? How does a creative idea become a sought-after product? When it comes to economic thinking and acting in design and the arts, supposedly unequal pairs meet. The Zurich Centre for Creative Economies (ZCCE) conducts research at this interface and makes knowledge and insights accessible. For institutions, artists and cultural practitioners must tackle not only questions relating to strategies, corporate concepts and management  architectures, but also major issues such as digitisation. “Besides cultural fields with very stable conditions, there are more and more hybrid formats that are neither involved in public cultural funding nor see themselves as classical, profit-oriented companies,” says Frédéric Martel, the sociologist, author and journalist appointed ZCCE Professor of Creative Economies in 2020. “Here it is challenging to develop adequate business models that guarantee a reasonably stable livelihood. This has become plainly evident in the corona crisis, in which the creative industries have been unable to position themselves either as an industry complex or as individual actors.”

Laboratories instead of paragraphs

That creativity has long since become a political issue is reflected in ZCCE’s consulting activities. “We consider our bridging function between culture, the economy, education, politics and society as a central task,” explains Eva Pauline Bossow, Managing Director of ZCCE. In addition to undertaking assignments for the International Labour Organisation and the Council of Europe, the ZCCE, a widely acclaimed centre of excellence, is currently also developing a cultural policy project for the city of Zurich. In the “Laboratory for New Forms of Cultural Promotion,” unusual paths and experiments are explicitly welcomed in order to find answers to the cultural policy challenges of the present. “When we think about the future of the economy, the development of values or the description of value creation dimensions, variables such as design, storytelling and community building play a key role,” says Martel. Analysing the practices and processes of selected organisations helps to provide very precise, though not generalisable insights. In contrast, evaluations of official statistics paint a rather rough, yet updateable overall picture: the Creative Economies Report, which ZCCE regularly publishes, is a good example of this. “Our research process alternates between zooming-in and zooming-out. At the same time, data sources are multiplying due to digitalisation. It is vital for us to be up to date in areas such as Web Data, Open Street Map or the real-time analysis of social media data,” concludes Martel.

From student to spin-off initiator to entrepreneur

Prospective artists and designers can use their knowledge of the creative industries and their mechanisms to create free spaces and gain new perspectives. “We are currently working on a proposal to incorporate our research knowledge and insights into a course,” says Bossow. In the past, she was actively involved in the start-up landscape herself and founded her own company at the interface with music. “Entrepreneurship is a central topic and plays a role in all our activities. The outlook is particularly exciting at the moment — which strategies, methods and courses of action will emerge in times of uncertainty?”

ZHdK’s Z-Cubator (part of the ZCCE) plays a key role in all aspects of entrepreneurship. It focuses on the entrepreneurial projects of ZHdK members and self-employment careers. “We offer individual coaching and mentoring for students, staff and graduates, provide infrastructure, create networks and help with financing,” says Philipp Kotsopoulos, head of the Z-Cubator. Supported ventures include Anna Lisa Martin-Niedecken’s Sphery, a spin-off innovatively combining gaming and fitness training. “Among others, we set up pitch training for the future game entrepreneur through our ‘What’s next_Project’ support programme. Since then, she has been successfully using the skills acquired on various occasions in start-up and innovation competitions.”

Who makes the smart city smart?

One topic that will become even more prominent in the future in connection with the creative economies is the smart city. “Currently, every city in the world wants to become ‘smart.’ But what does that mean? What are the criteria and typologies of this attribute?” asks Frédéric Martel. Together with an internationally oriented research team, he will continue to explore definitions and examples of smart cities. “We believe: The smart city is dead — long live the creative city! The prevailing model is centred on the Internet. We would soon like to offer an alternative, which puts innovation at the centre. This new vision enables thinking the smart city primarily as a creative city and artists as its key actors.” Eva Pauline Bossow adds: “When it comes to visions, we also want to involve ZHdK students in the discussion — their view of the future is part of the future we want to help shape. Hence the invitation: Get in touch! Our doors are wide open for ideas.” This sums up an attitude that is symbolic of the ZCCE: It is not about the differences between art and business, but about the possibilities that their combination offers. 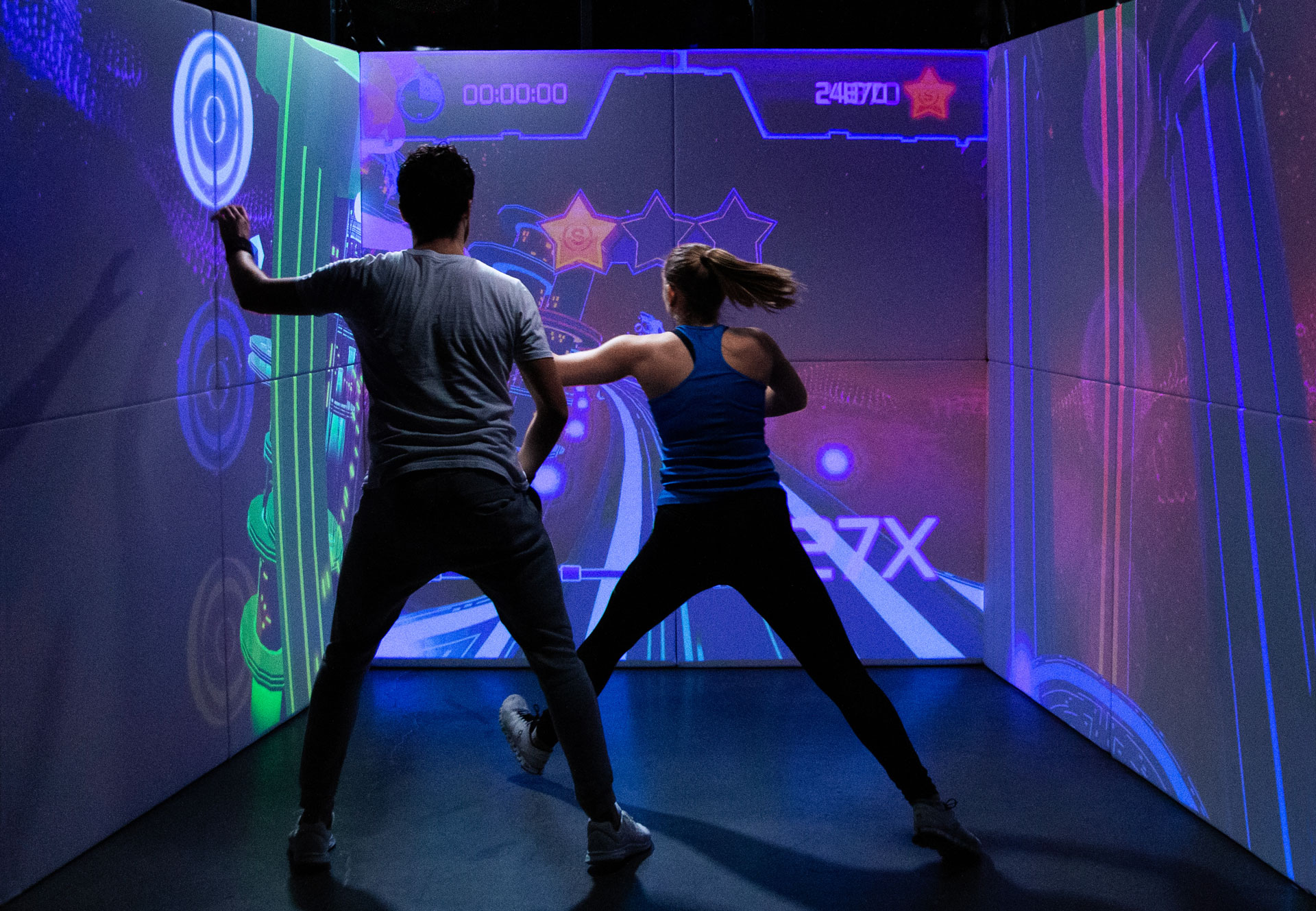 Fitness and gaming, smartly combined: The idea was born at ZHdK, and Sphery has since made a name for itself in the start-up scene. Photograph: Sphery.

Martina Egli (martina.egli@zhdk.ch) is responsible for communications at the Department of Cultural Analysis.
Teile diesen Beitrag: