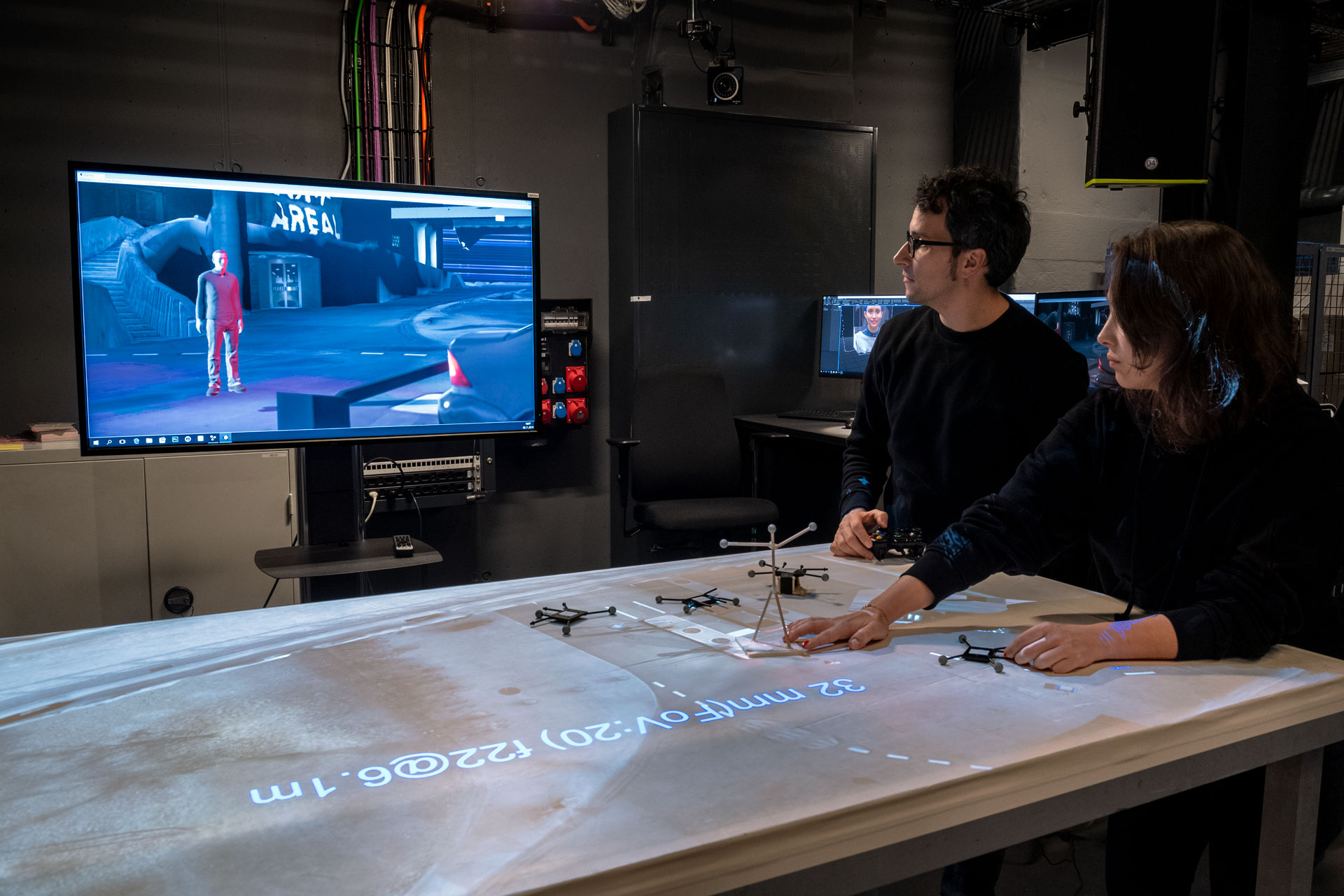 A man steps out of the dark, staggers onto the ramp of the Toni-Areal, where a car brakes, its tires screeching. Suddenly the car is torn off the ground as if by an invisible hand and disappears. “Once more,” mutters Norbert Kottmann, a research associate at the Department of Performing Arts and Film, moving a plastic object across the table. On the screen next to him, the car resembles the plastic object.

What recalls a digital Lego game is in reality virtual film-making at the previsualisation table. “Master’s and Bachelor’s students can previsualise technically complex film projects before shooting,” explains Kottmann, who is involved in further developing the previsualisation table at ZHdK’s Immersive Arts Space. Not yet existing on the market, the table is part of a joint research project between ZHdK, Stockholm University of the Arts and Stockholm’s Royal Institute of Technology.

In order to accurately reproduce the shooting location on the previsualisation table, it is scanned in advance. The Reality Capture software used for this purpose creates a three-dimensional image  of  the  location  from  hundreds  of  photos.  The  figures  and  props are represented by plastic objects with reflecting spheres attached to them. Moving the spheres enables six infrared cameras to capture their position and their virtual images move in real time on the screen.

Yet the actual centrepiece is the virtual camera. It, too, lies on the table as a plastic object. “The camera crew can imagine in advance  what  is  possible  on  location  and  what  is  not,”  says  Kottmann. This is a huge step forward compared to the days when footage could be viewed only several days after shooting. Even before shooting, the film crew can set up lights, place objects and even  pre-edit  scenes.  Nevertheless,  the  film  still  needs  to  be  realised.

The Immersive Arts Space is a university-wide tech lab serving ZHdK as a research, teaching and production platform for imple-menting innovative and interdisciplinary projects. The focus lies on artistically exploring new technologies in the fields of immer-sion, virtuality and simulation.
In this section, staff and students present special items from everyday life at an arts university. For other favourite pieces visit: zett.zhdk.ch/favourite-piece.
Fabienne Koch (fabienne.koch@zhdk.ch) is doing a BA Film at ZHdK.
Teile diesen Beitrag: