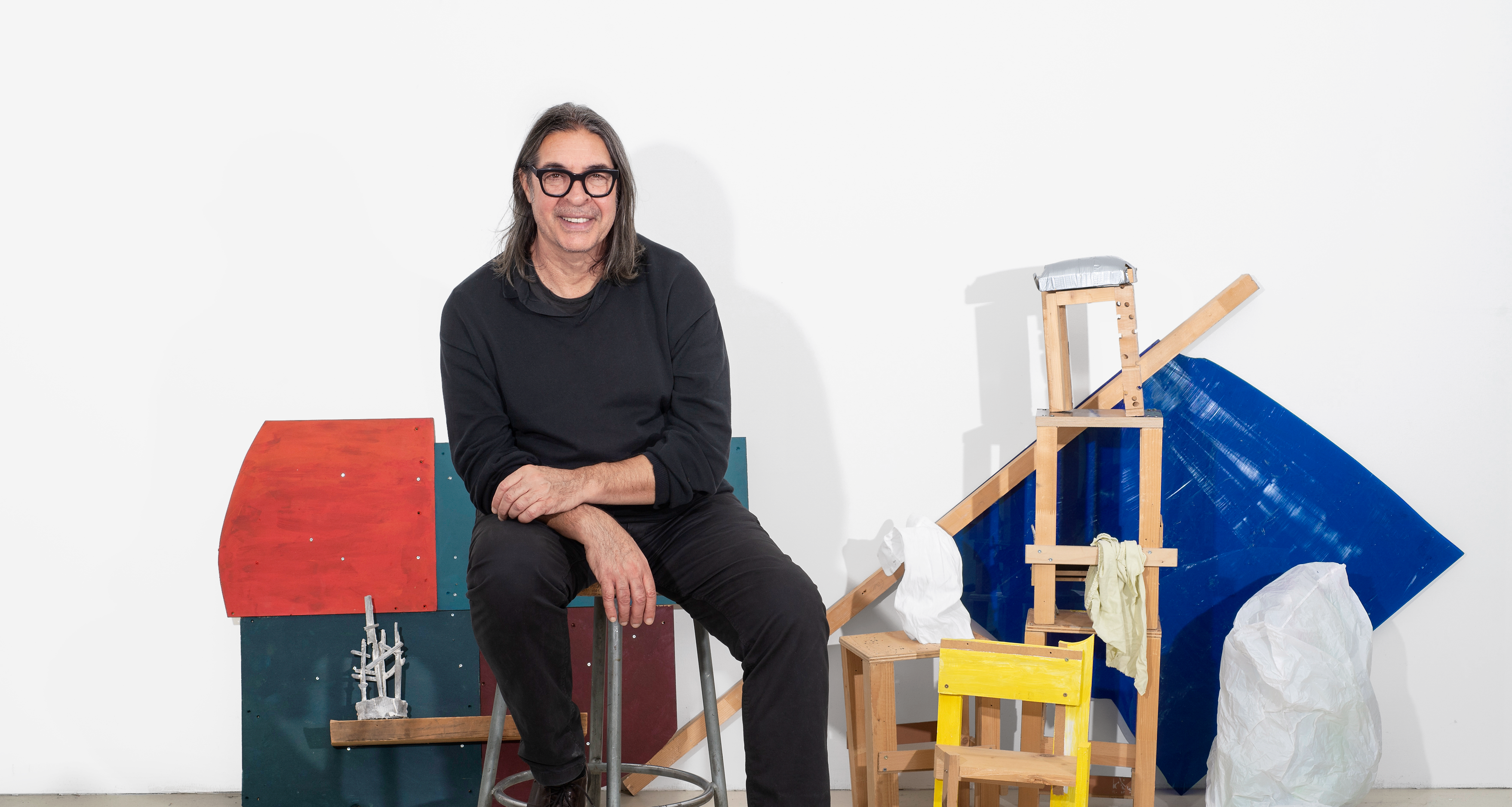 Three instead of four legs or one of them is too short: Aldo Mozzini’s works consciously deviate from the norm. Photograph: Regula Bearth

Whoever wins the Swiss Art Award with dirty cloths from his classes at ZHdK knows something about raw art. Aldo Mozzini teaches art  education and, as an artist, searches for the undemanding and uncompromising. A conversation about the raw dimension of his art.

Martina Egli: Aldo, your works are often described as “wobbly,” “provisional” or “unfinished.” Do you agree?
Aldo Mozzini: I don’t really like the wobbly aspect. When I build unstable stools, for example, they represent characters of their own. They have three legs instead of four — or one leg is a little too short. Their special character always has to do with a certain deviation: Their nature makes them appear self-evident and defiant.

Does your art involve any rawness?
Definitely. My work has often dealt with materials that have a history and bear traces. That’s exactly what I mean by raw: Not what is freshly made and also displays this, but what is involved from the outset, something that lets it tell things itself. We can also call it the aura of the material.

How do materials take on this aura?
That’s a good question. I have been collecting used, smudged cloths from our intaglio printing classes at ZHdK for thirty years. And I have kept trying to make something out of these cloths. I have sewn them together, glued them together, built huts or hung them on the wall like pictures. I have had to capitulate every time. It has never taken me so long to develop something. This probably had to do with the fact that I never reached the stage of integration. But then I came up with the idea of the dog.

How did that happen?
I have no special relationship with dogs, but with movements. Wiping off my hands strikes me as a movement similar to stroking an animal. We do neither consciously, but stroke and wipe almost automatically. Besides, there is this sagging, slackness and heaviness. All of us know what exhaustion feels like. In art, too, you sometimes come to the point where you think: ”I’ll stop right now!” One side effect I liked is the fact that the dog’s body hinged on my own consumption. Because the rags were lying on top of my plastic waste, which I had collected for over half a year. I see myself as a conscious consumer and was surprised at how much plastic waste I produce. The more I consume, the thicker the animal grew. Classical filling materials such as polystyrene would never lead to this interaction.

You seem to be a collector. How does that show in your studio?
There are no works in my warehouse, but only materials. I create something for a certain time, for a certain space, then it disappears again. Once my three-dimensional works have been exhibited, I disassemble them so that they no longer exist. The works exist only as photographs or as deconstructed individual materials, which at some point will perhaps live on in another work.

Do you see the material as an artistic antithesis to the digital?
Scientists observe how the tactile is transformed by scrolling on a display, thus activating other sensors in small children, for example. I prefer to place a work in space and let it work there: the material, the haptics, the utterly unpretentious, what one experiences through direct confrontation. What if someone picks up an exhibition object and makes something out of it? Let’s put it this way: It is never explicitly allowed and never explicitly forbidden.

Does rawness offer more linkages than a smooth, shiny “Balloon Dog”?
Jeff Koons’s art takes us to centre of pop culture — I think his absolute kitsch is great. Good art is characterised by the fact that it goes one step further than expectations: In one direction it’s exaggeration, as with the “Balloon Dog,” while in the other it’s deliberate non-completion.

How does such work reach the point of completion?
Beuys assumed that the work would express this itself. In my work, this becomes evident in the process. When I start “tinkering” and “arranging,” I have already gone too far. One of the great challenges for me is to achieve an unpolished result, even though I am technically getting better and better. When I teach intaglio, I always advise students to cleanly print the very first draft in search of form: creative determination and demands come later. This undemanding aspect is the basis for dealing with the thousand compromises that will follow. Those who negotiate and endure the friction can gain new insights. 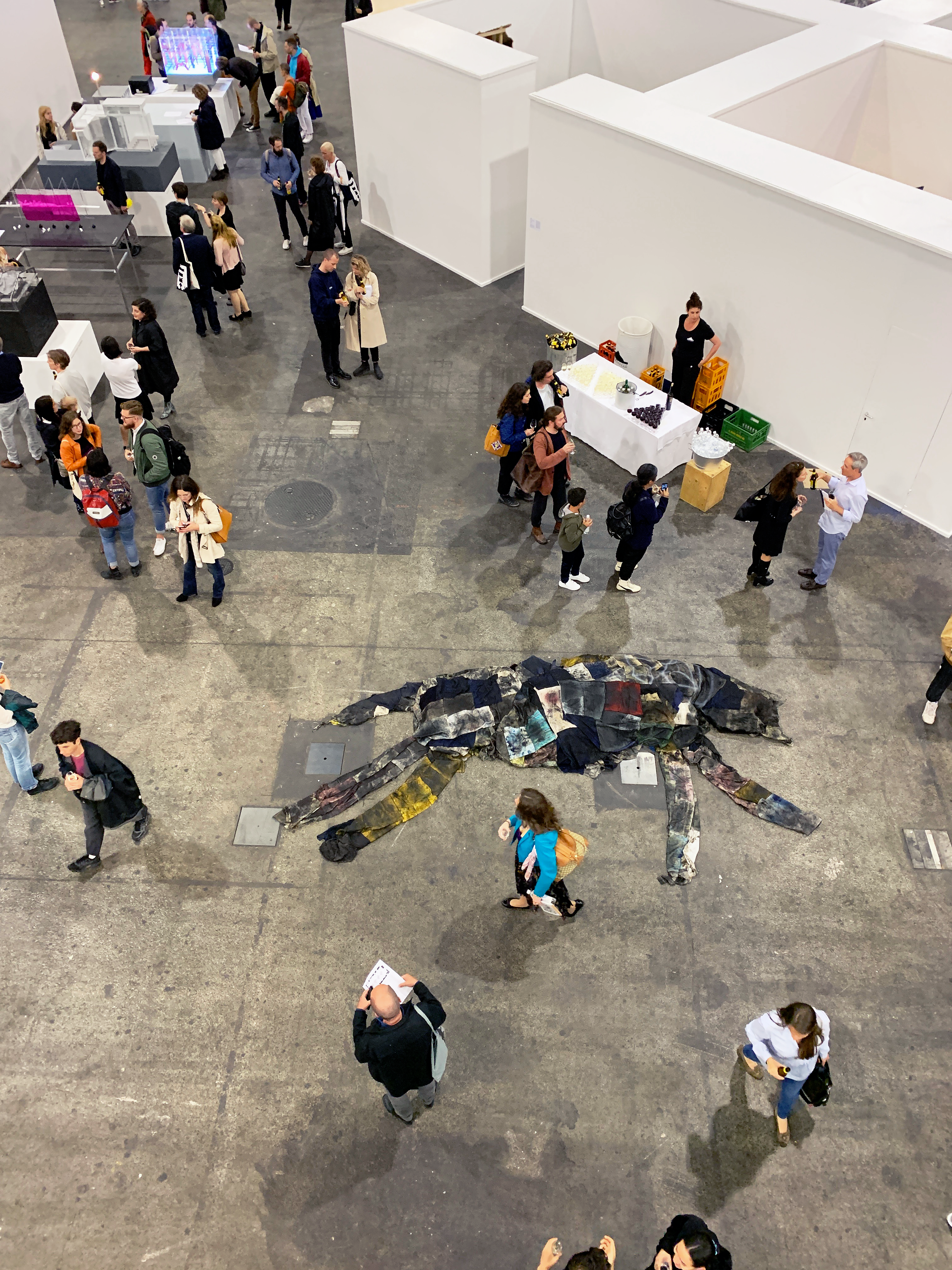 Aldo Mozzini’s “Quasi Cane” brought the working instruments of an entire teaching era to the Swiss Art Awards: hundreds of art education students had wiped off their black hands on rags during intaglio printing classes before these cloths became part of the award-winning work. Photograph: Markus Kummer