You’ve got to be quick 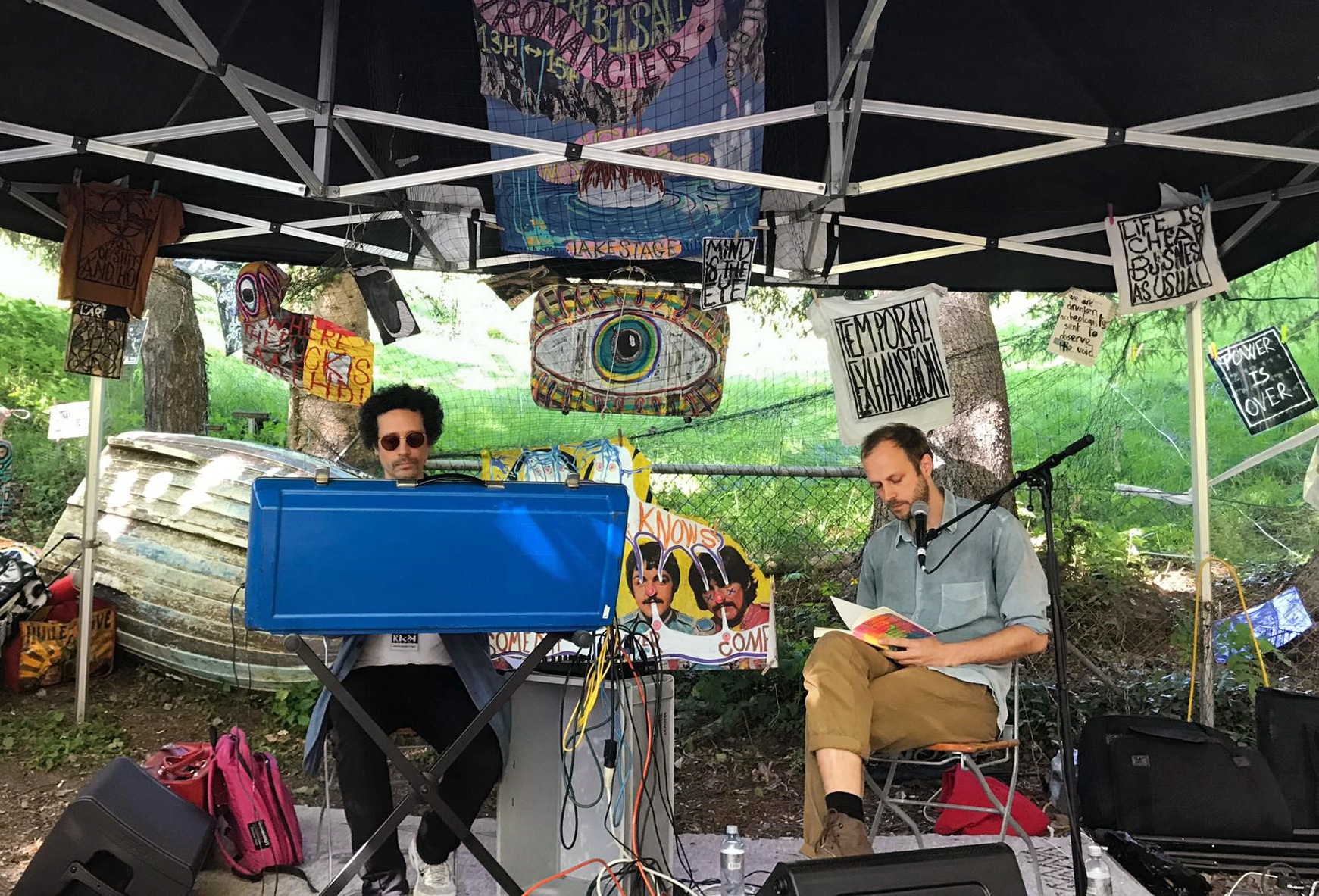 On the country road little did I know what lay in store at Betty and Doug’s. The sun was scorching the furrowed, deserted wilderness. Dark brown hills lay on the horizon. A dark grey road extending out into dark green emptiness. Not a soul on the entire stretch. Not a single car. Just the heat flickering over the barren pastures to the left and right of the road. Small insect swarms sometimes appeared like dark wafts of mist in the distance. Not a sound apart from my footsteps and the rustling of my clothes. As soon as I stopped walking, everything was deadly silent.

I wasn’t thinking about else than the next step. I kept wondering whether it was stupid of me to keep licking the sweat pouring down my face with my tongue. I’d probably get thirsty doing it. And I was suspecting that no house would appear, that the road would continue forever, that the wasteland would stretch out to my left and right, just like the hills and that at some point I would drink the last drop of water and would die a miserable death crouching by the wayside.

Yet then they appeared. At first only in the flickering heat across the long drawn-out landscape. Then ever and ever more clearly. Houses. Fences. Parked cars. Pick-ups. To the left and right of the dead straight road. Parking lots. Trees. Gardens. And all of sudden sounds. Barking dogs. A few cows and goats griping. Some hooves stamping the dry soil. A small bell round an animal’s neck. And still not a soul.

After a few minutes I reached Betty’s new address. It was the last house, down a sliproad off the main stretch that ended in bushes about thirty yards in. Mortimer Drive. Two plots with propped-up trailers without wheels. Fenced in after a fashion. Waste and scrap metal lay scattered over the arid ground in front of the houses. Half-dismantled motorcycles. A quad completely covered in dirt. I had no idea whether anyone lived here.

Things looked different at the house further back. An almost lush green lawn surrounded a one-storey wooden house with a porch. Fruit trees. A vegetable garden. A sprinkler dousing the green grass in a high arch. Surrounding the plot a head-high wire fence fitted with barbed wire. A generator humming somewhere in the background and something that looked like a water pump, whose long levers were jerking quietly and steadily back and forth.

Betty’s old white VW Golf was standing beside the garage. A bit rusty, its front tires flat, as far as I could tell. But it was the one we had driven around in twelve years ago. To school. To football training. To play poker. To church. To go out eating. To the mall. To the prom.

I ignored the trespassing sign on the fence and tried the gate. It actually opened and made the windbells hanging above the door chime. I was looking forward to seeing Betty after so long.

My memory of what happened next is blurred. Everything seemed frozen to a standstill. The drops shooting up from the sprinkler hung in the air as if in a snapshot. The windbells above the grille had petrified. The sound of a single bell stood still in my ear. A scatching noise, growing ever louder, and whirling dust. Panting. An enormous creature bounding toward me at breakneck speed across the pasture. Pain in my arm. A knock on the back of my head. Grass grazing my cheek. Grass in front of my eyes. The smell of grass in my nose. Something dark wildly stooping over me. A deafening snarl, huge razor-sharp teeth, gooey saliva and the damp redness of a tongue and throat.

The beast would have mauled me to death had Doug not been a gun freak. It seems he drew one of his guns to shoot his beloved Donovan down with a sedative dart. Not that hitting this huge creature would have been difficult. But you’ve got to be quick.

In 2019, Dominic Oppliger, a graduate of the Master of Arts in Transdisciplinary Studies, was awarded the prix netzhdk for his work and for writing in Swiss dialect in today’s globalised world. Worth 10,000 Swiss francs, the prize is conferred once a year by netzhdk, the alumni organisation of Zurich University of the Arts, upon students graduating with a Bachelor’s or Master’s degree.
Dominic Oppliger (dominic.oppliger@zhdk.ch) is a freelance author, performer and musician from Zurich. He is also a research assistant at ZHdK. He writes and performs Swiss-German texts. “You’ve got to be quick” (schnäll musch si) is an excerpt from his second book, forthcoming in 2021.
Teile diesen Beitrag: