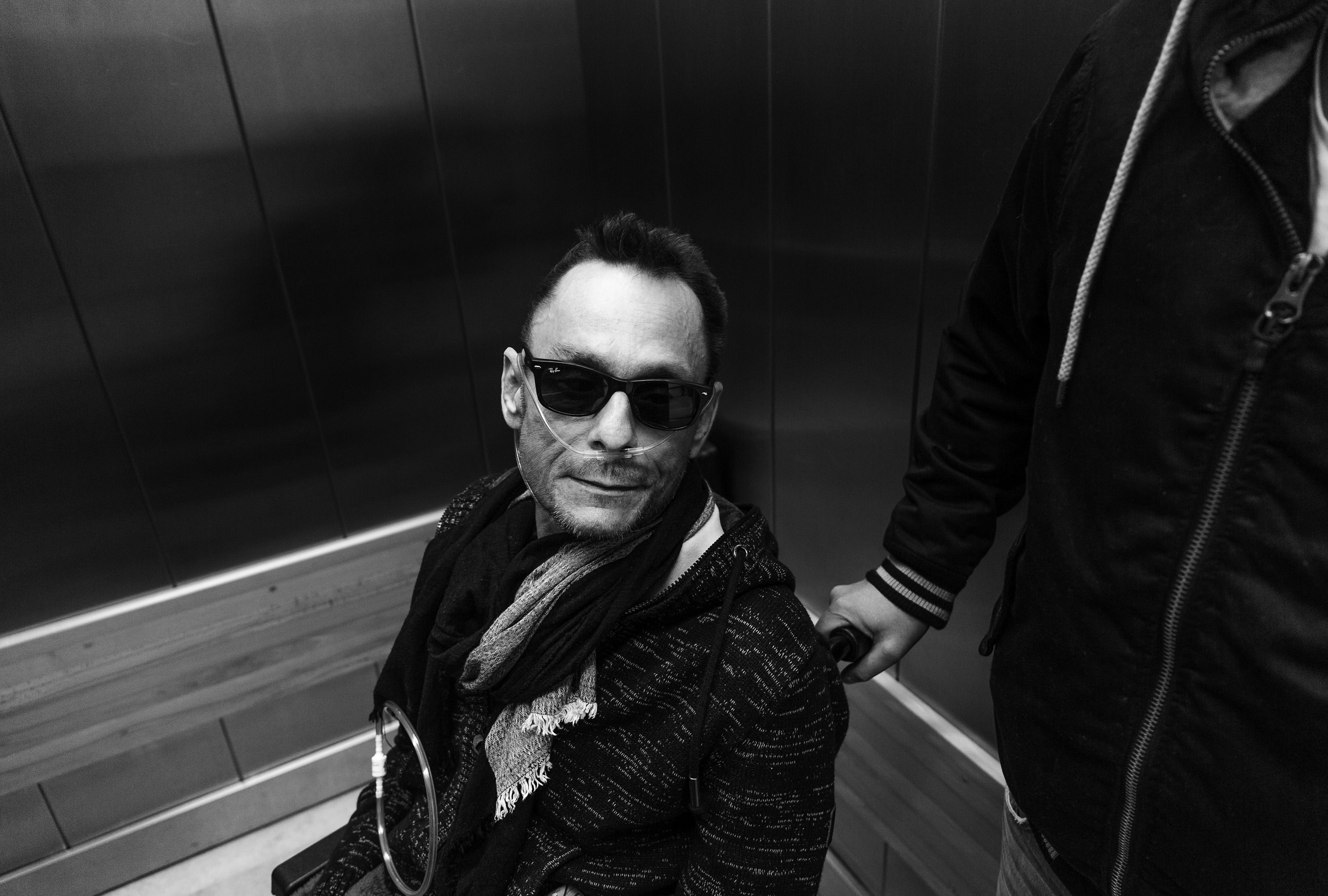 Norbert was actively involved in AIDS protection for many years. He founded hospices, accompanied three generations of friends to their deaths and was himself HIV positive for over 30 years. Photograph: Book project “Archipel”  © Philip Frowein

The book “Archipel” by photographer and ZHdK graduate Philip Frowein and author André Körner invites viewers on an adventure trip: Their pictures and texts search for the extraordinary in everyday lives and show where the longing for the right life can lead. Philip Frowein discusses the project’s journey.

Andrea Zeller: Where did André’s and your adventure trip begin?
Philip Frowein: “Archipel” began as a crazy idea, in the best sense of the word. André is the cousin of a good friend. We had known each other for a long time, but not very well. One evening in Berlin, we were talking about what to do with our lives. I had just finished my bachelor’s and André had submitted his doctoral thesis in theatre studies. That’s when we came up with the idea for a joint project. We started in August 2015.

An AIDS sufferer in the last weeks of his life, a couple who runs a game reserve for injured animals — how did you choose the stories?
We wanted to create an adventure book about adventures beyond clichés — not the Marlboro man in the sunset, but the fascination of seemingly banal life stories. Every person, every story is an island. We share a common horizon through our culture and form an archipelago, in coexistence and togetherness. We had identified three or four people from the start. Through chance encounters we came across other stories and added new islands to our archipelago.

What did you learn about longing while working on “Archipel”?
Every life’s journey to some extent involves longing, either for the unknown or for an idea of how one would like to live. I was surprised at how differently oriented longing can be: for a management consultant it is the longing for status and success; for Norbert, who had only a few weeks left to live, the longing for a quick death.

Is there also a longing behind your photographic work?
On the one hand, longing is a force that drives new projects — I pursue a vague idea, which becomes more concrete as the work evolves and then manifests itself in pictures. On the other, the camera is my ticket to social spaces that are not my own. This is my way of pursuing my longing for a better understanding of the world.

In the latest printed issue of Zett a photo gallery presents a selection of pictures from “Archipel,” a book project by Philip Frowein and André Körner on longing, this issue’s focal theme. Zett  is available from the 16 September 2019 at the reception of Toni-Areal in Zurich.
Philip Frowein, born 1983 in Albstadt, Germany, graduated with a master’s in fine arts from ZHdK in 2018. He previously studied photography and media at FH Bielefeld. He lives and works in Zurich as a freelance photographer.
André Körner, born 1985 in Stuttgart, Germany, did theatre studies, sociology and psychology at Ludwig Maximilian University in Munich and received his doctorate in 2015. He lives and works in Munich as a biographer, corporate historian and lecturer.
Andrea Zeller was project manager at ZHdK University Communications.
Teile diesen Beitrag: