Artworks instead of take-away meals 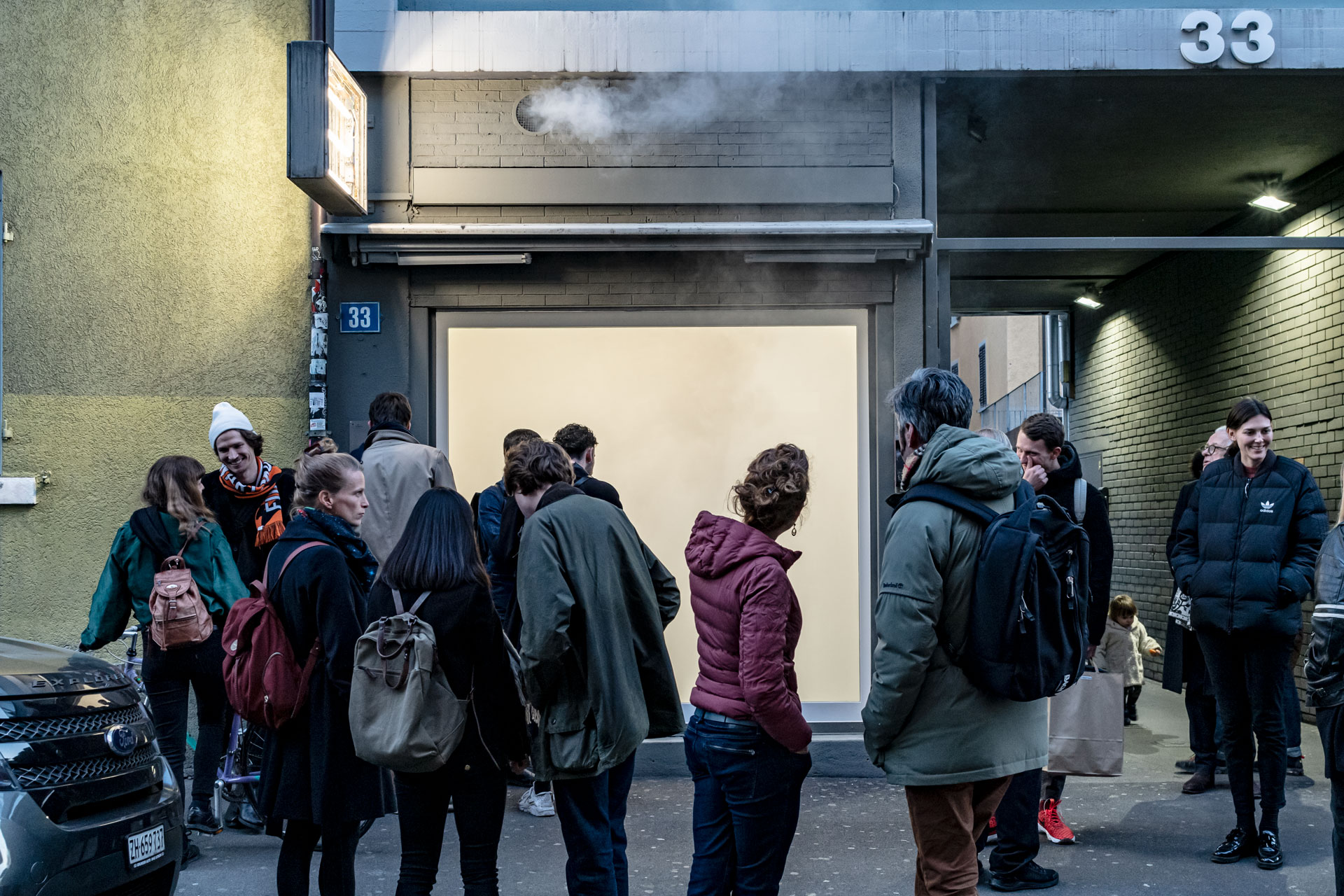 Since early 2019, art instead of dumplings is being served right next door to Club Zukunft: ZHdK has opened an art space in a former snack bar in Zurich’s Langstrasse district. “Saint Luke” presents student-curated exhibitions 24 hours a day, seven days a week.

Neon-lit 24-hour shops, chic advertising agencies, crowded shop windows and hip bars: Those strolling through Zurich’s Langstrasse district will meet people working, shopping, hanging out or simply turning night into day. Around the clock. Since early this year, the district has a new resident who never sleeps: ZHdK’s “Saint Luke” art space is flanked by the Club Zukunft and Bar3000.

Exhibitions around the clock

The space is curated by Art & Media students Milena Langer and Samuel Haitz, who converted the former snack bar for its new purpose. Where dumplings once crossed the counter, “Saint Luke” has become an art space that enables ZHdK to present artworks to a wider audience beyond the Toni Campus. The changing exhibitions in the illuminated room can be viewed around the clock through a specially built-in window.

How is the concept received by residents and night owls? “The 24-hour concept and the prominent location means we can reach a completely different audience depending on the time of day,” says Milena Langer. Accordingly, reactions are diverse, ranging from outright enthusiasm to “So this is supposed to be art?”

Measuring seven square metres, the small space presents curators with both opportunities and challenges, says Haitz. “The artists must be open to respond to the space’s peculiarities and context.” At the opening exhibition, for instance, ZHdK lecturer Marianne Mueller filled the space with dense clouds of smoke. “Alone safety measures would probably have made hosting such an exhibition at a museum difficult,” Haitz explains. The curator duo explains that Mueller’s work, entitled “SMOKE,” was not only suited to the architecture of the space, but also to its transformation. The smoke symbolised the fumigation of the former snack bar to make room for something new. “Himalaya Salt Dreams” by ZHdK student Flavia Senn, which was also shown at the opening, also addressed the purging of the space by distributing salt crystals on the floor.

The two art students are gaining their first curatorial experience with the “Saint Luke” exhibitions. Langer and Haitz choose the artists from their personal and the ZHdK context. Each exhibition reaffirms their feeling that the roles of the artist and the curator are more similar than might seem true at first glance: “As an artist, my works focus on a certain theme. As a curator, I have the same influence by choosing the artist and his or her works,” says Haitz. But it is not always easy not to foreground oneself and one’s own artistic vision when curating, adds Langer. Based on their curatorial practice, the two students agree that “an exhibition is successful when the artist has the final say.”