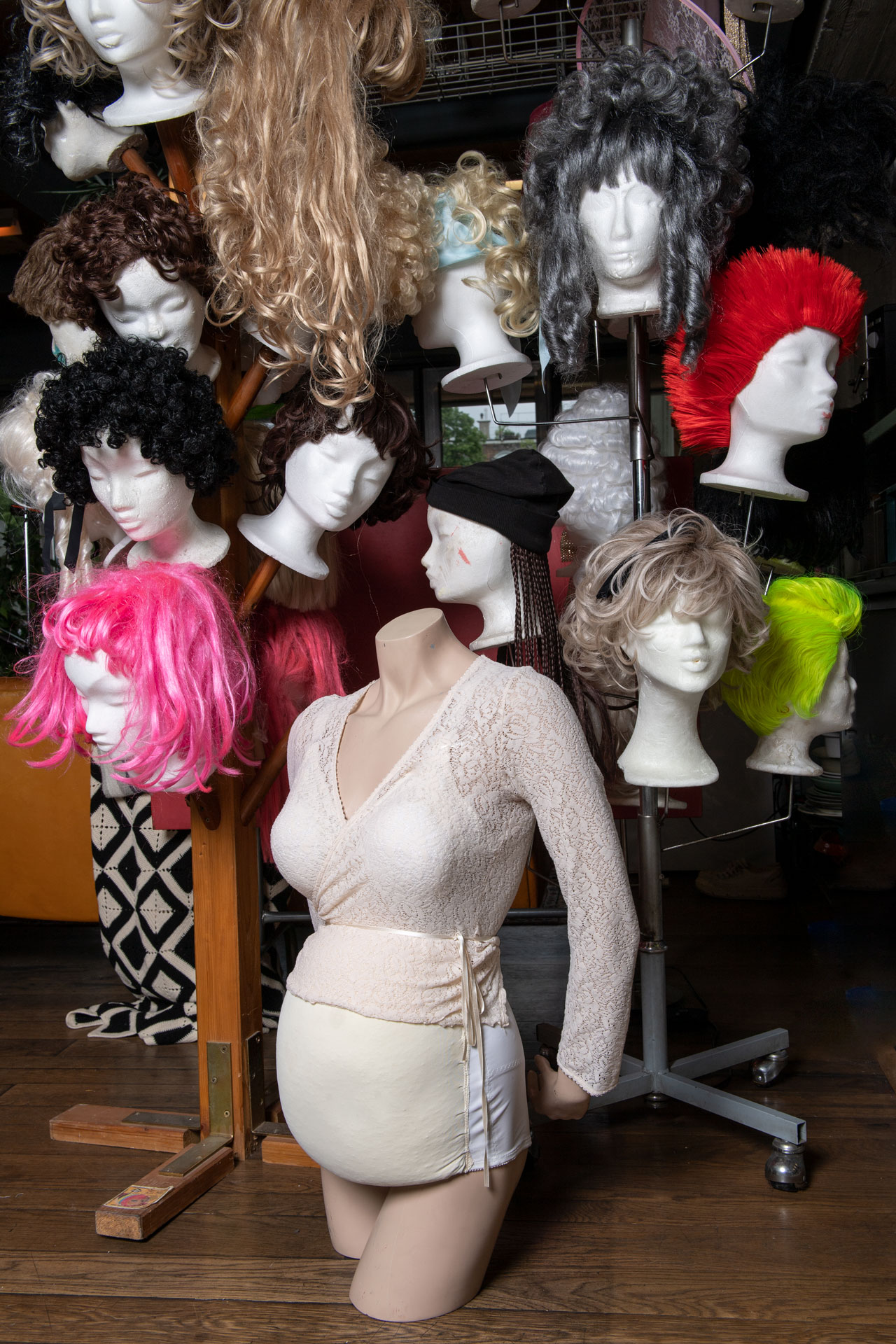 The pregnancy belly is the most borrowed item at ZHdK’s props room. Photograph: Regula Bearth © ZHdK

Sequined shirts, Yeti costumes, royal coats, cowboy boots or tiaras: ZHdK’s props department at the Theatre of the Arts provides the perfect costume for every role, hanging on long clothes rails and packed tightly in rows of drawers. However, the Oscar for Best Prop does not go to the noble silk bathrobe. The item borrowed most is rather something for underneath: The pregnancy belly breaks all records. It is therefore more absent than not from the drawer crammed with padded bras and bottom pads. Its most frequent place is on stage, on the body of a “pregnant” ZHdK student. Over the past eight years, this prop has almost constantly been loaned out to ZHdK film or theatre productions. Its countless polystyrene beads make its wearer look six months pregnant in next to no time. Made of jersey, this favourite piece also provides a few extra pounds when the role demands a spare tire, a widely recognised sign of prosperity. An opening in the belly also allows adding more pounds or pregnancy months. Thus Nico-Alexander Wilhelm wore the belly when cast as the full-bodied landlord Seppl, and soon it will lend the necessary credibility to a “pregnant” costume designer in Timo von Gunten’s short film “Sonnenwende.” In the future, a “fatsuit” will make heavy-set or obese characters seem even more realistic, as this bodysuit-like undergarment also thickens arms and legs. The pattern and materials are ready, but there has been no time to produce the finished item. In the meantime, the pregnancy belly will continue to provide bulging bellies under various costumes.

In this section, staff and students present special items from everyday life at an arts university. Other favourite pieces published in Zett.
Maria Pate (maria.pate@zhdk.ch) is the props manager at the Department of Performing Arts and Film. She has been collecting a colourful selection of props for twenty years.
Teile diesen Beitrag: