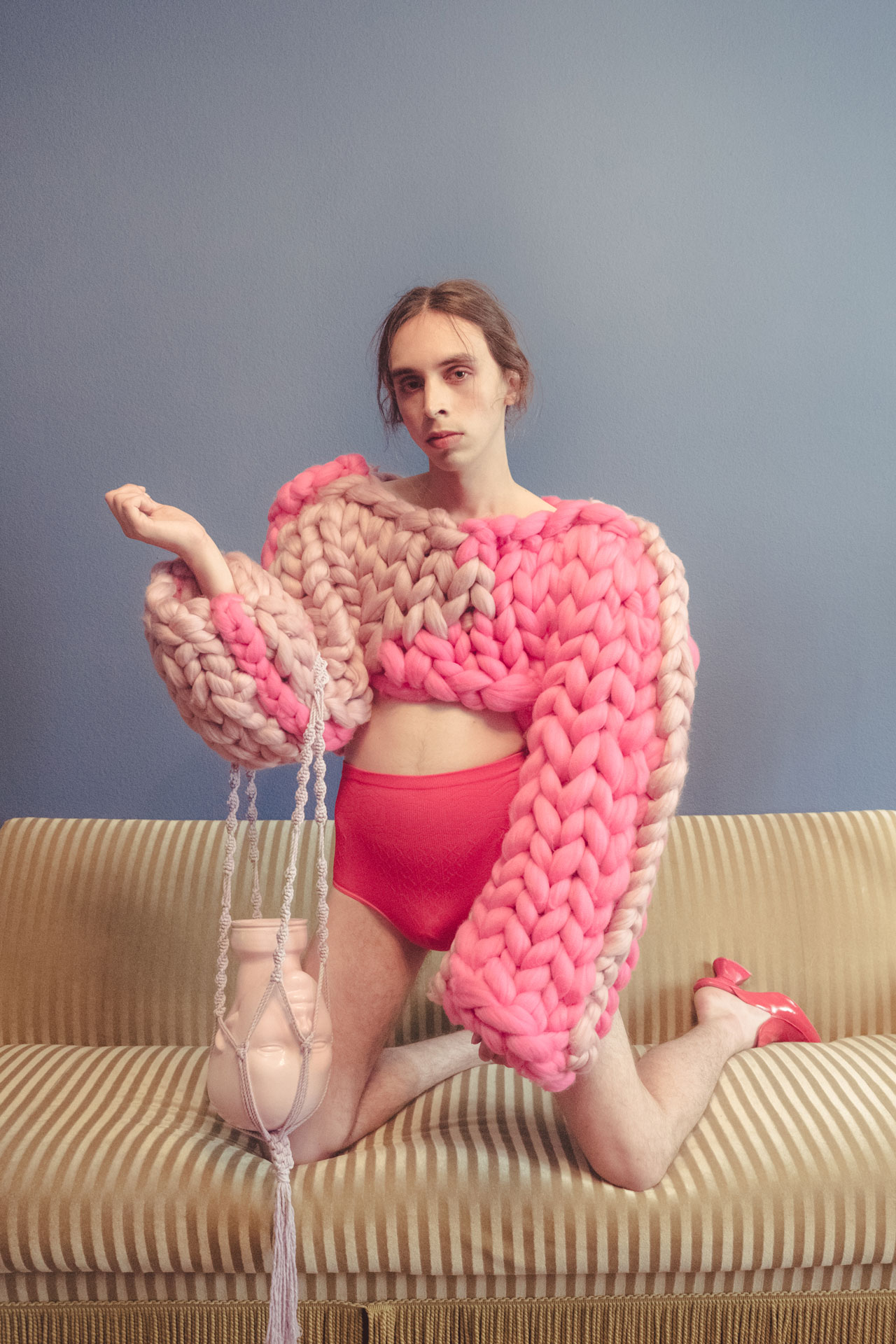 What does fashion do to us? A group of ZHdK Master of Art Education students specialising in curating have questioned various social stereotypes and set in motion a rethinking process: Emerging from a teaching project, the exhibition “UNLABEL: Fashion Beyond Categorization” at the Museum für Gestaltung Zürich, transforms queer theory into exhibition practice.

Fashion seems ubiquitous. On posters, on the web, in social media: Fashion models beam at us with broad smiles wherever we look. “We don’t only wear clothes to protect ourselves against the cold, wind and weather. They also create identity. But fashion often embodies very conservative role models,” says Lena Seefried, the student project manager of the exhibition “UNLABEL: Fashion Beyond Categorization.” “We consider reinvigorating the social discourse on origin, identity and gender highly urgent.”

From sex toys to haute couture

Theoretical fundamentals, the concerns of the LGBTIQ* movement as well as current positions from fashion design and art form the core of the exhibition. “Queer theory deals with the most diverse forms of discrimination. ‘UNLABEL’ takes up this concern, without patronising vistors but instead aiming to open up spaces of possibility,” says Brooke Jackson on behalf of the curatorial team. From the modular sex toy, which is supposed to appeal to as broad a spectrum of people as possible under the term “Genderfull Design,” to the haute couture collection, one theme in particular runs through the exhibition: the questioning of gender constructions. What does this mean? “The knitted oversized sweater designed by Jacqueline Loekito is a good example. It seems so dominant and sculptural that its wearer’s gender disappears behind the garment and becomes irrelevant,” explains Brooke. Flowing dresses and fabrics are as much a focus as classic girl’s colours, which are newly connotated on male wearers. “Fashion is our starting point, but our inquiry extends to other areas. This is evident in toys specially designed for boys or rather for girls,” says Johanna Spögler, a member of the exhibition’s educational team. Who am I? What does it mean to be a woman or a man? How can I present myself beyond role models? 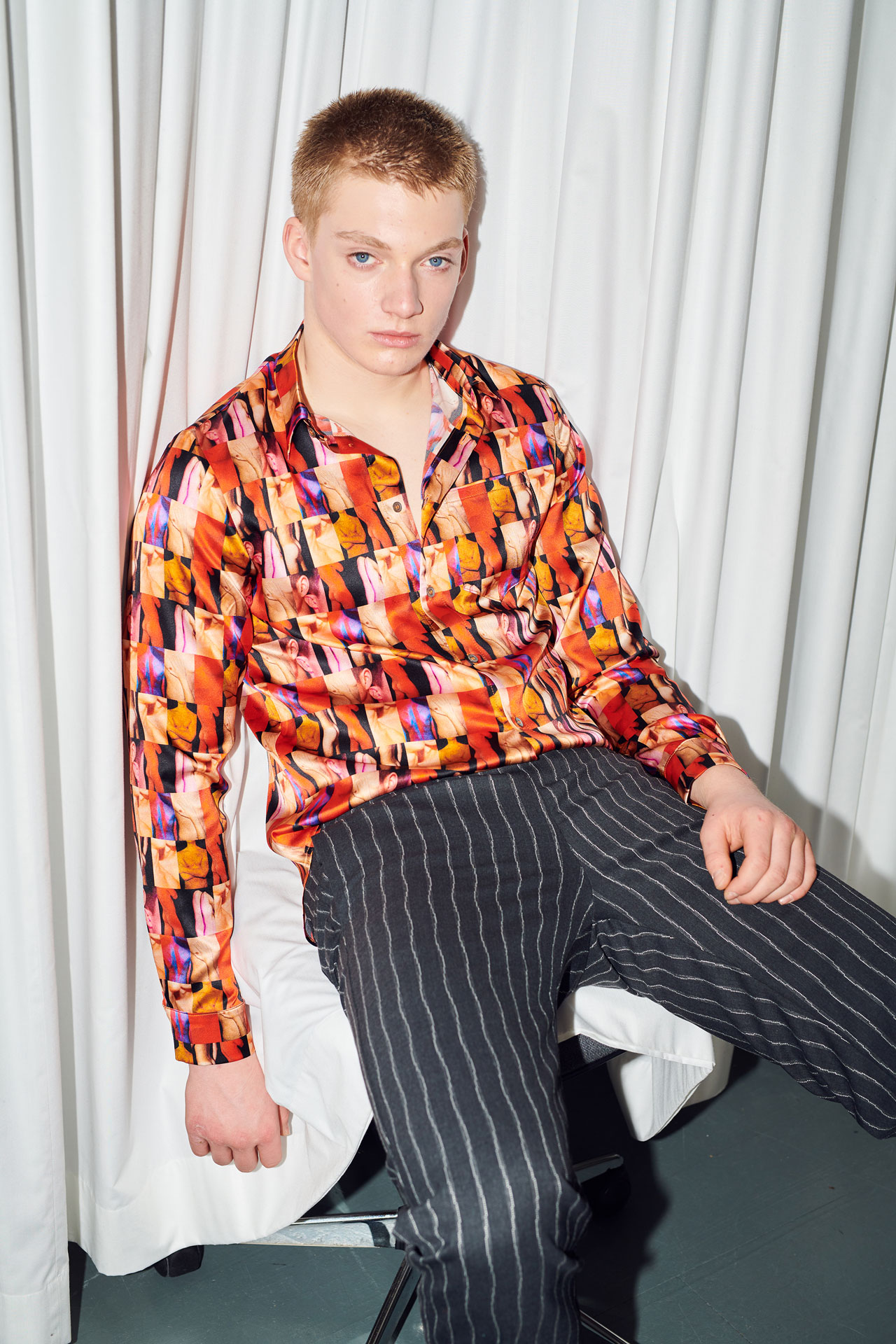 The collection “Bold is my favourite colour” by Julian Zigerli was created in association with the photographer Walter Pfeiffer (2018). Photograph: Claude Gasser

From the idea to the exhibition opening, the 18 students participating in the project have also achieved a lot in terms of organisation and communication. From the outset, the scenographic team worked closely with the curatorial team so as to enable visitors to experience the discourse in the exhibition’s architecture. “Our basis was the veiling and revealing of identity, where fashion is a means of self-expression,” says Leslie Ospelt from the scenographic team. “We have developed this theme into a game with simple wooden frames and different materials such as fabrics, tarpaulins and lacquer foils, which lend character and create references to the discursive positions. The audience is invited to question stereotypical identities and to participate in several events: “Cut It Out!,” “Body Experience” and “Pretty Pink, Baby Blue”. Or as Brooke puts it: “We are labelled with fashion, and our goal is to prise open this categorization.”