Sounding Soil: The music of soils 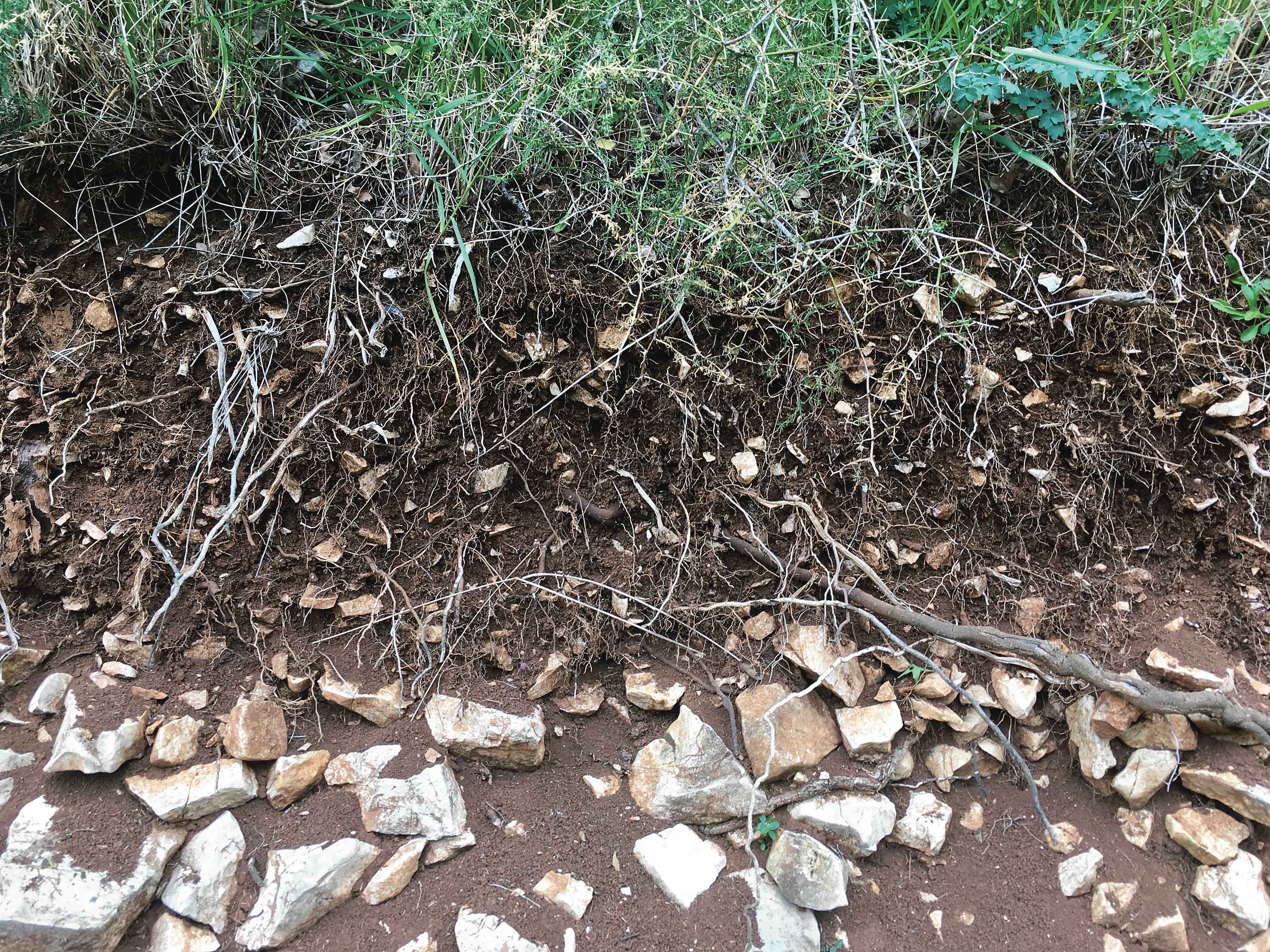 Not all soils are the same. The Sounding Soil project makes the diversity of Swiss soils acoustically accessible for the first time. Photograph: Marcus Maeder © ZHdK

The ground beneath us is a largely unknown realm. Although we stand on it, we do not explore its life. So it is even more surprising when we suddenly hear its sounds and its inhabitants. Sound researchers from Zurich University of the Arts are working with several partners to create a soundmap of Swiss soils. They are relying on citizen science: anyone can contribute to the project by recording soil sounds.

Sheer curiosity made Marcus Maeder insert his recording instruments in the ground in the Valais back in 2016. The sounds he heard under his feet were overwhelming. “All of a sudden, the otherwise hidden world could be experienced acoustically,” says Maeder, a research associate at ZHdK’s Institute for Computer Music and Sound Technology.

Maeder is a sound artist, composer and researcher. A few years ago, he developed special sensors to record sounds in trees together with Roman Zweifel from the Swiss Federal Institute for Forest, Snow and Landscape Research (WSL). The sound recordings made with these sensors attracted great attention. Maeder and Zweifel were able to present the resulting sound installation at the UN Climate Conference (COP 21) 2015 in Paris.

What had worked with trees also seemed to work with soil. The piezoelectric sensors captured the ground noises. “One mostly hears the soil animals living in the meso and macro fauna — springtails, centipedes, beetles, spiders, grasshoppers and earthworms,” explains Maeder. The soil suddenly presented itself as a living being.

Fascinated by soil sounds, he began looking for partners to conduct an art and research project on the acoustics of soil ecosystems. He found them at the Swiss Soil Monitoring Network (Agroscope), which operates on behalf of the Swiss Confederation, at the WSL and at the Transdisciplinary Lab of the ETH Zurich’s Department of Environmental Systems Science, where Maeder is writing his dissertation. Another partner is the Biovision Foundation, which is committed to sustainable and ecological agriculture, in which healthy soils play a key role.

Capturing the diversity of soil sounds

The first soil recordings were presented to the public in autumn 2018 at the Zentrum Paul Klee in Bern. The sound installation then made a guest appearance at ZHdK’s Toni Campus. The recorded soil sounds can be explored at soundmap.soundingsoil.ch. The acoustic differences between sustainably managed and intensively used soils with their peculiar silence are striking. The listening experience aims to raise awareness of biologically intact soils. The explorations also raise the central question of how we should deal with soil as a natural resource.

Soil investigations are costly. One aim of the research project is to measure the biodiversity of different soils acoustically. The field is also called Acoustic Ecology. Next, the researchers will try to record the temporal and spatial sound patterns of the differently used soils.

The acoustic differences between sustainably managed and intensively used soils with their peculiar silence are striking.

Opening up new approaches to a subject also interests him as an artist, says Maeder. Research in the arts explores objects or systems with artistic means. New perspectives can contribute to perceiving the world differently. According to Maeder, artistic approaches time and again inspire the work of natural scientists. 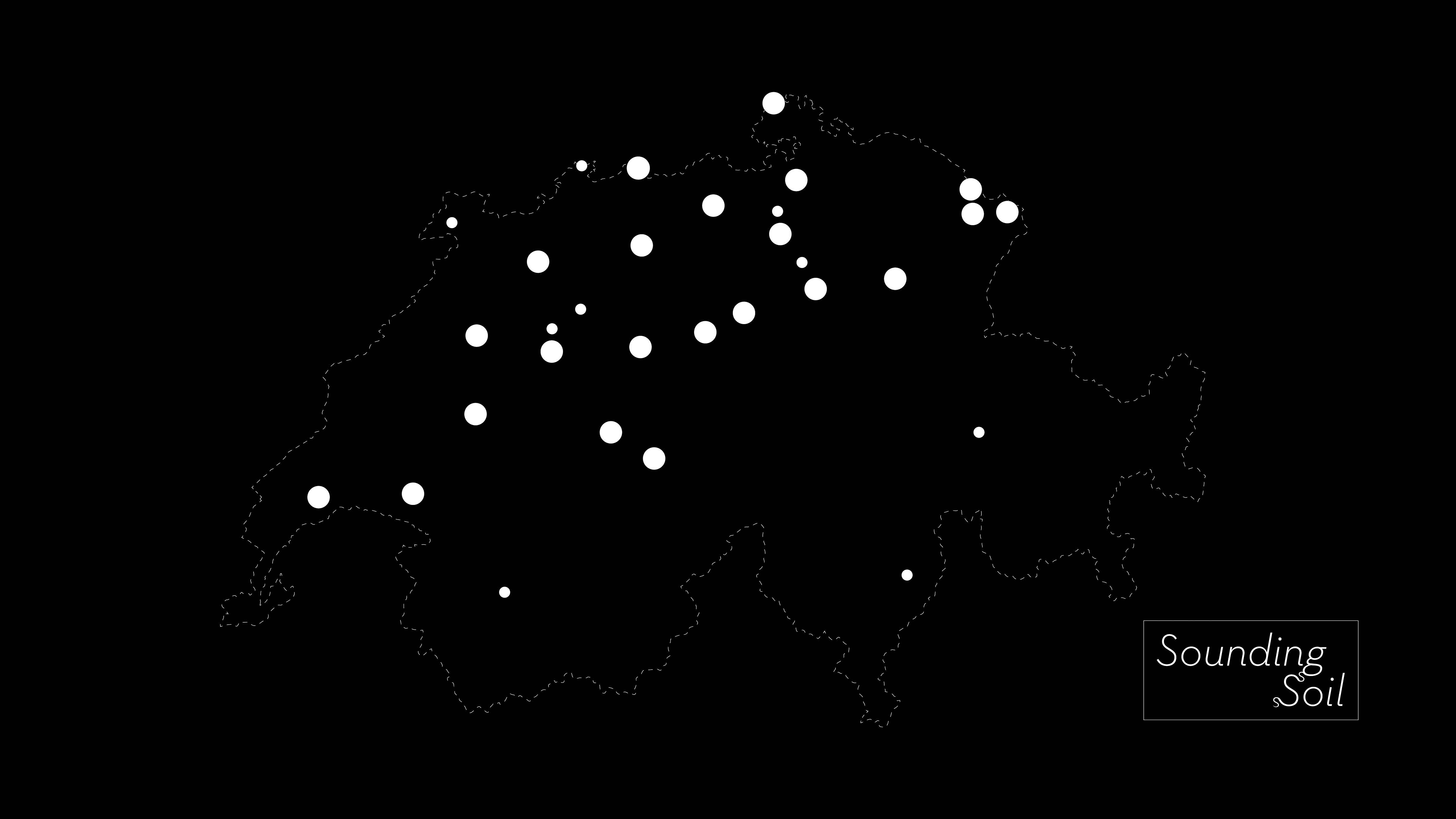 With citizen science to a soundmap of Swiss soil. Image: soundmap.soundingsoil.ch

From sensitised farmers to citizens

The researchers’ enthusiasm shall soon spill over from the narrower realms of art and science. In 2018, ten farmers received a device with which they could listen to soil sounds. They were very interested and explored what the soils they were cultivating sound like. The devices are now being further developed and will in future be controllable via mobile phones. From spring 2019, anyone interested can borrow a device from www.soundingsoil.ch to conduct their own soil surveys.

The citizen science project aims to raise awareness. At the same time, it expands the map of soil sounds and offers the project team additional insights into the acoustic properties of Swiss soils. It is now up to us to listen to the voice of our soils.

If you are interested in joining the citizen science project “Sounding Soil,” check www.soundingsoil.ch for details from April 2019.
Lukas Denzler (kontakt@lukasdenzler.ch) is a forestry scientist and freelance journalist. As a music enthusiast, he is eagerly awaiting the first-ever soil symphony.
Teile diesen Beitrag: