Facades that shimmer, glow and dance

Shimmering pearls, juicy oranges and dancing folds attract one’s gaze to Zurich’s buildings: anyone walking through the city with open eyes can discover excitingly designed fonts that lend buildings a unique identity. The curator of the exhibition “3D Lettering on Buildings” at the Museum für Gestaltung Zürich presents some of these trouvailles. 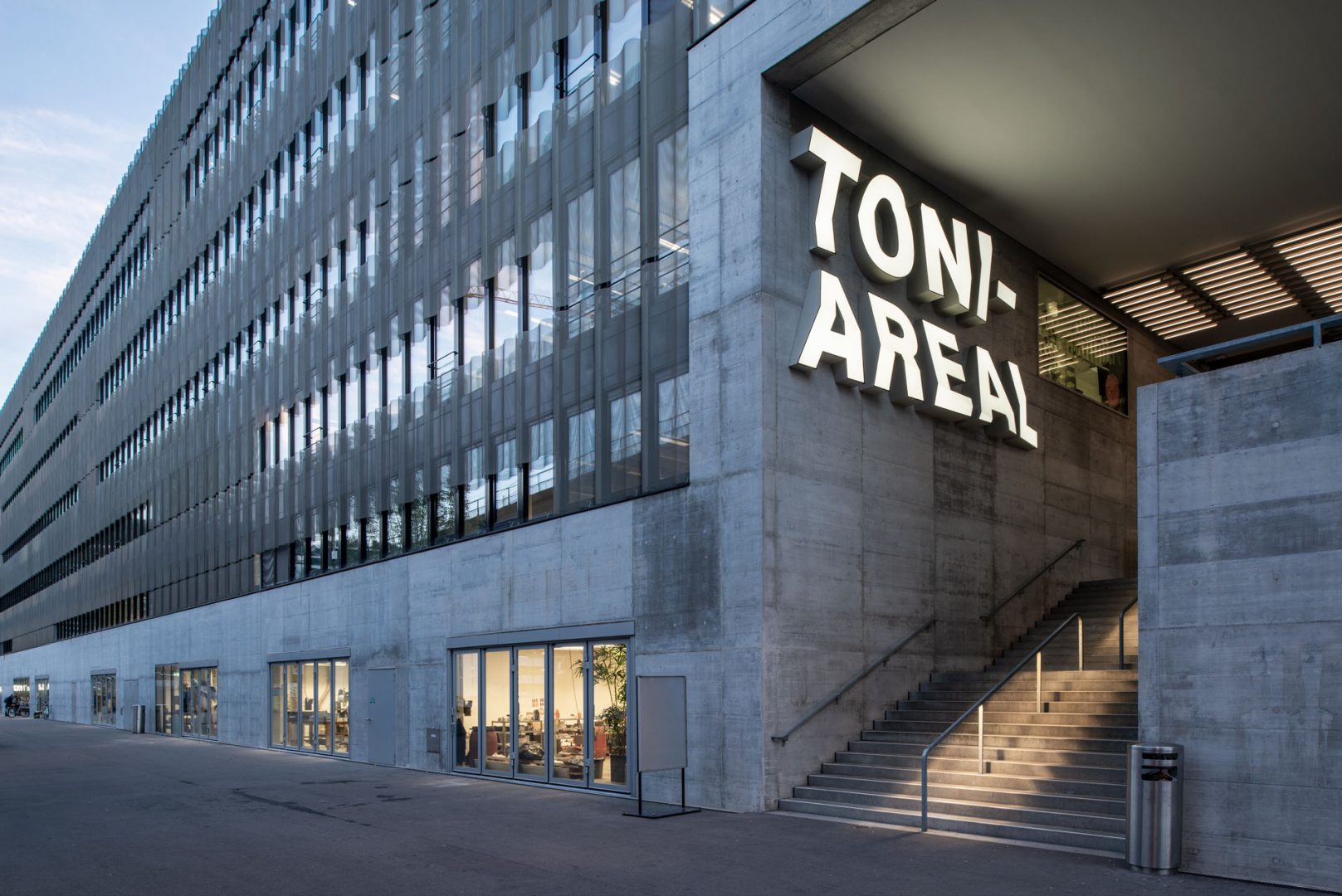 Dancing letters on and inside the Toni building

Bivgrafik and Hi, two Zurich-based visual communication agencies, created folded letters for the north and south facades of the Toni Campus, which was converted from a dairy factory to a university campus by EM2N architects. The lettering looks as if it wants to dance. During the day, the letters look black, but at night they glow. The main access routes inside the building are also marked with folded letters. From their black fronts, the team developed the “Areal” font and used this to design the flat black lettering on the walls and doors.
__ 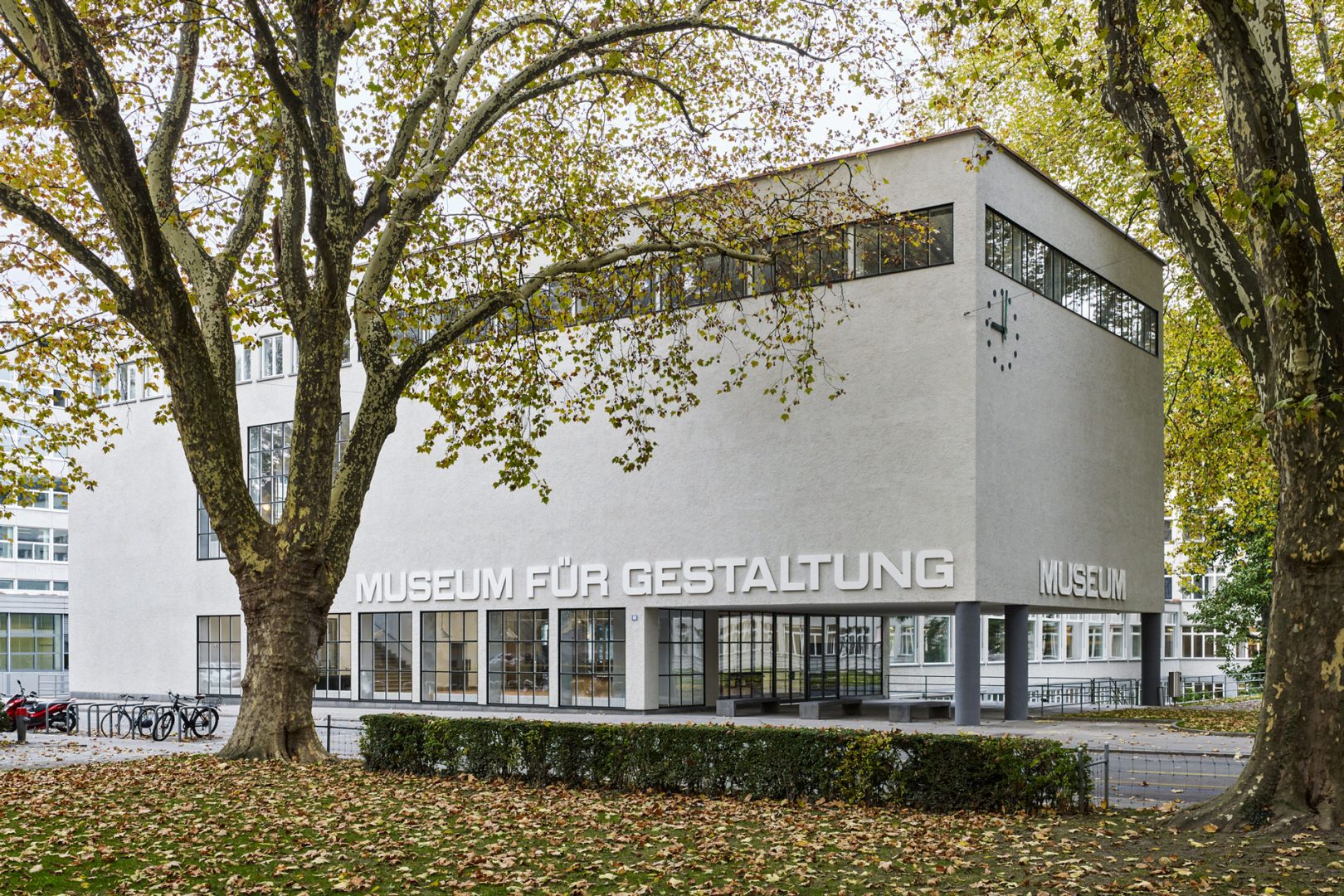 ZHdK’s former site at Ausstellungsstrasse 60 was built in 1933 by Steger and Egender. It is a key example of Neues Bauen in Switzerland. When ZHdK and the Museum für Gestaltung Zürich relocated to the Toni site, the building was renovated, lettered and reopened in March 2018. The new “Museum für Gestaltung” lettering with its back-lit letters is also visible from the tram at night. Professor Rudolf Barmettler, ZHdK, and Anton Studer, Nouvelle Noire, developed the lettering in keeping with Ernst Keller’s old sheet steel lettering, which was restored and mounted as the “Museum” lettering facing the park.
__ 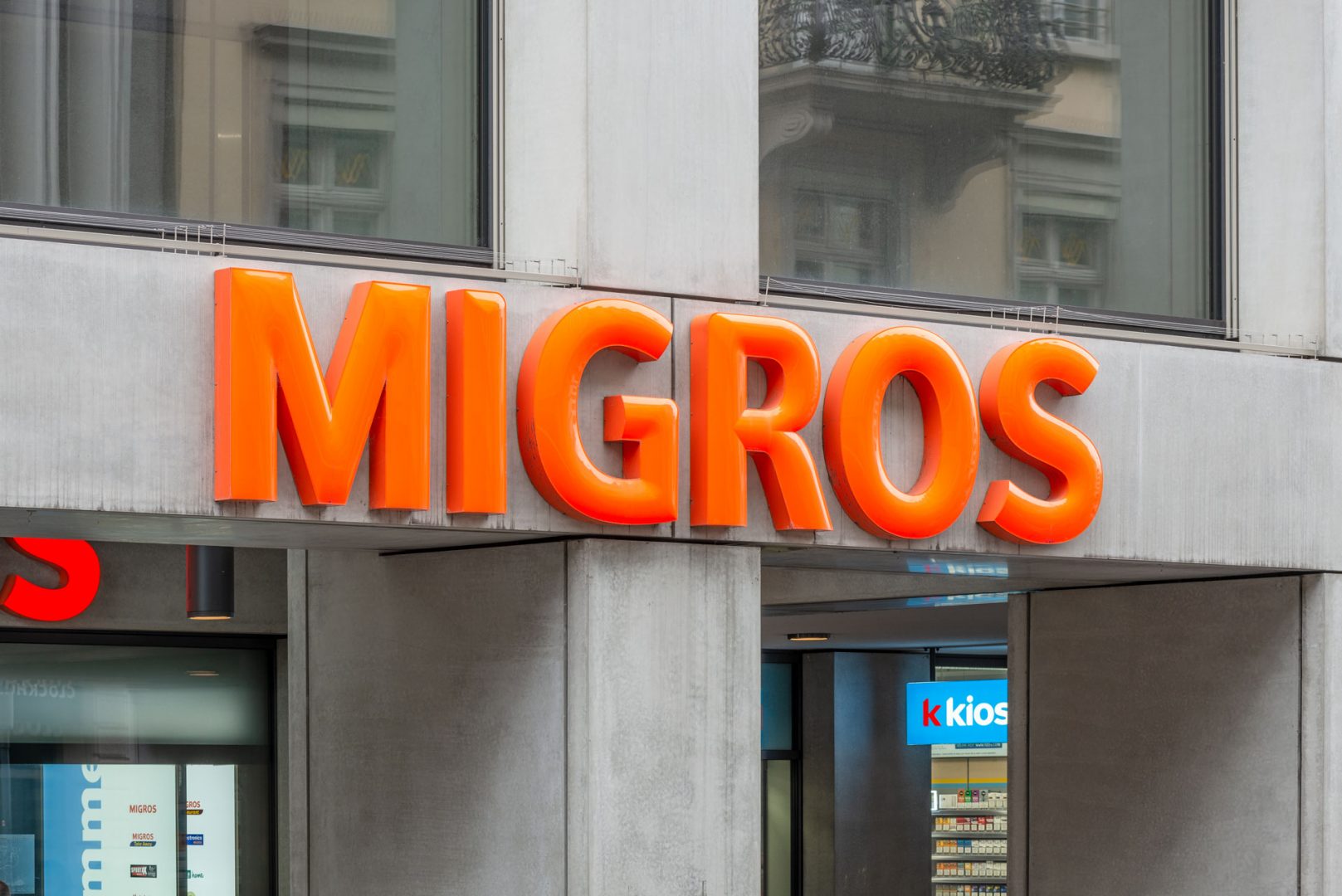 Since 2005, the lettering on Migros branches across Switzerland has been illuminated with the same orange hue, after being standardised by Wirz Corporate Zurich, who were commissioned to freshen up the wordmark. The three-dimensional LED lettering was implemented by Formpol, a Zurich-based design agency, which has created a wordmark using cambered letters for the close-up lettering, which touts itself like juicy oranges on the various facades — here on grey concrete.
__

Since 1968, the Bally Capitol office block, built by Haefeli Moser Steiger, has occupied a prominent corner location between Bahnhofstrasse and Rennweg. The five “Bally globes,” designed by Gérard Miedinger, have made way for five beads fitted with red LED lights hanging from the corner of the building. When long-standing tenant Bally moved out, the old globes were removed and, after the building’s refurbishment in 2015, WBG AG restaged the structures for the new proprietor, Swiss Property: every day, the LED beads form new words to bring a little poetry to Zurich’s famous shopping strip.
__ 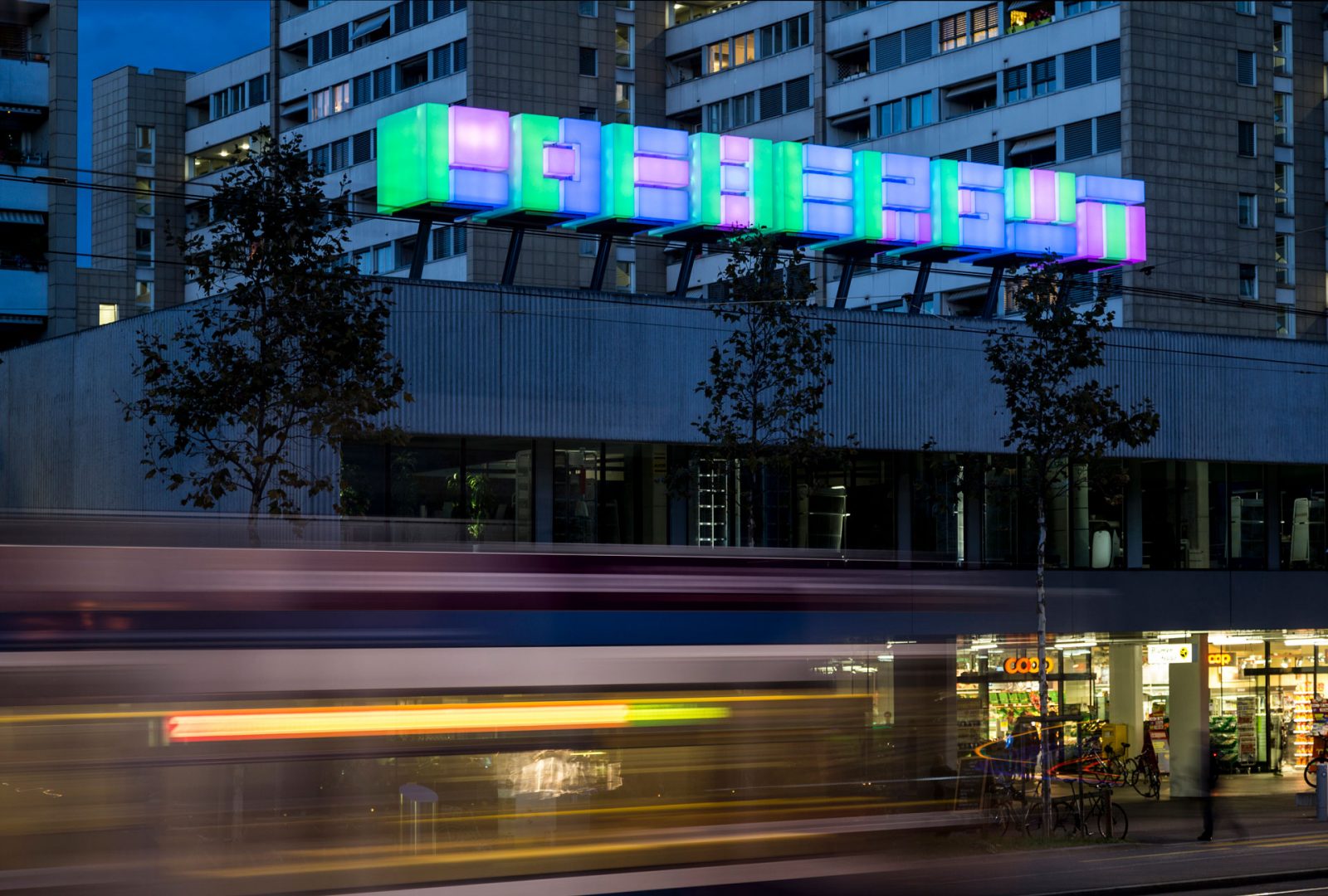 As soon as dusk falls, the nine plastic cubes and the dot atop Lochergut business centre begin to light up. The “Lochergut” lettering, though, only becomes legible when the colours of the computer-controlled LED lamps change in the cube facets. German artist Olaf Nicolai’s light sculpture alludes both to Zurich as a stronghold of concrete art and to the 60s’ aesthetics of the neighbouring apartment blocks.
__ 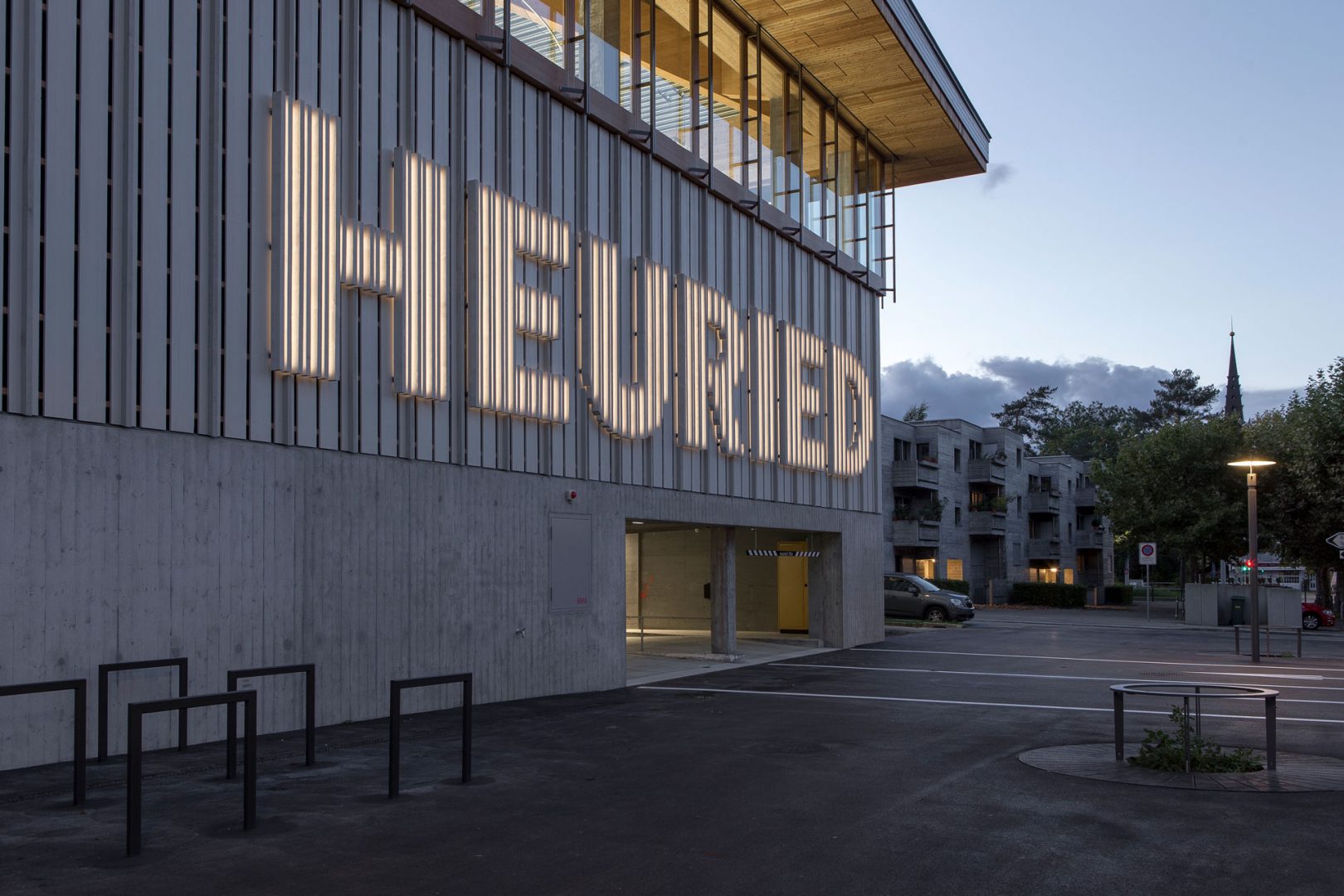 The open-air swimming pool and artificial ice rink located at the centre of Heuried estate have reopened after refurbishment in autumn 2017. The complex has been supplemented with a new ice rink, built by EM2N. Bivgrafik, the Zurich-based design agency, has aligned the sign system with the architecture: the ribbed wooden facade of the indoor ice rink has been fitted with the lettering “Heuried,” which consists of vertical wooden slats and lateral fluorescent tubes. The lettering changes depending on the angle of vision and makes the letters glow in the evening.