The architecture of scents 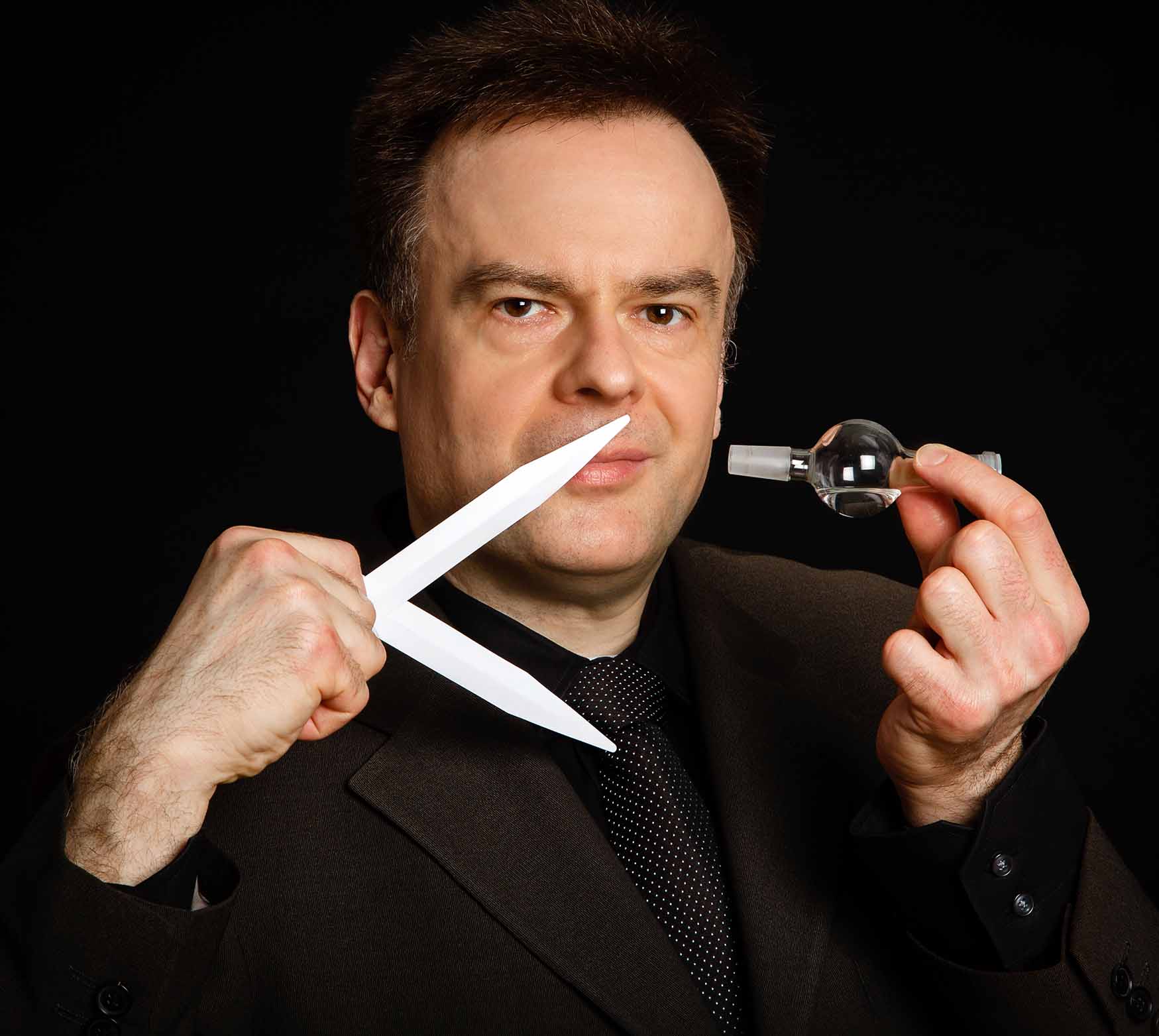 The art of perfumery is technically demanding but has long been ignored by art theory. Yet its expressive possibilities are almost unlimited. An interview with fragrance chemist Philip Kraft.

Jörg Scheller: For some, perfume is a rather trivial matter: fashion, celebrities, shopping, etc. On closer inspection, though, it proves to be a surprisingly complex phenomenon. How did you become interested in perfume, and what fascinates you about it?
Philip Kraft: My route was via chemistry, as a boy in puberty. When I was eleven I became interested in hormones. I bought a copy of Karlson’s “Biochemistry” and didn’t understand a thing because I lacked basic chemistry. That annoyed me, and little by little I bought more chemistry textbooks. As a little punk browsing the shelves in a university bookstore in Hamburg I eventually attracted one of the bookseller’s attention, who gifted me a trial subscription to “Liebigs Annalen.” In it I found an article on fragrance design. I was fascinated because its author opened up the creative dimensions of a world of communication that was completely new to me.

In art studies, perfumes have so far attracted marginal interest. This is surprising, as contemporary art in particular also experiments with scents and smells. Is this the outdated privilege of the visual?
A lot probably has to do with the mistaken assumption, extending from Plato through Kant and Hegel to Santayana and Scruton, that the visual and acoustic senses are the only “theoretical senses.” These philosophers’ lack of understanding eventually led to a preoccupation with art and music in school curricula, but not with perfumery. Thus, just because the universe of fragrances and chemistry were too complex for classical philosophical understanding, the art of perfumery remained entirely inaccessible to an alarmingly large number of people. Besides, perfumers liked to keep their knowledge secret. Today, however, almost all fragrance components can be ordered via the Internet, thus opening up the olfactory dimension of artistic expression. Unfortunately, scents still lead a miserable existence at art academies. Accordingly, the technical mastery of the medium is lacking — a vicious circle.

Your scientific research specialises in odorant design. What does this term mean and how is odorant design related to olfactory art?
My scientific research looks at the targeted synthesis of scents by modeling a molecule: it’s an architecture of scents as it were. It’s about how a molecule needs to be structured to smell as it’s intended to smell. Scents can, however, be created by combining molecular fragments or perfumery building blocks. Thus, both can become olfactory art if they stir and inspire us. The functional aspect of odorant design is a necessary preliminary stage. For instance, Yves Klein’s IKB 191 already existed physically before the artist did, while every fragrance must first be realised materially. Functionally, odorant design creates the elements for olfactory art. On the next level, however, it can also convey aesthetic feelings, which in turn may convey individual messages, thus producing olfactory art: art is what we accept as such.

Perfume also has a subversive dimension. It doesn’t fit into traditional art genres, manipulates perception in partly subliminal ways, and thus occupies entire spaces as it were. Is this perhaps a link to punk?
I don’t think so. The message of the punk movement was that anyone can do everything. You’d go outside and just do it. This means that it doesn’t matter what art theory or Kant says. British boutique owner Malcolm McLaren only wanted to prevent two kids from stealing clothes from his shop — which is how the Sex Pistols came into being. Nevertheless, the result was a tremendously creative liberation. Whether or not it was used subversively, was only a matter of the heart. Neither punk nor perfumery intends to manipulate. At most both want to seduce — and the best way of doing that is to be “real.” Scent is always “real.” Molecular reality!

Participants from science and industry will talk about their products, projects and theories. “The Perfumative: Perfume in Art and Design” 8–10 November 2018 Toni-Areal, Pfingstweidstrasse 96, Zurich Registration:
perfumative.zhdk.ch
Dr. Philip Kraft earned his doctorate in chemistry in 1996 and has since been designing new fragrances for one of the world’s leading perfume and flavour manufacturers. Among others, he teaches at ETH Zurich and the University of Bern.
Dr. Jörg Scheller (joerg.scheller@zhdk.ch) is an art historian and head of theory at ZHdK’s Bachelor of Art & Media.
Teile diesen Beitrag: