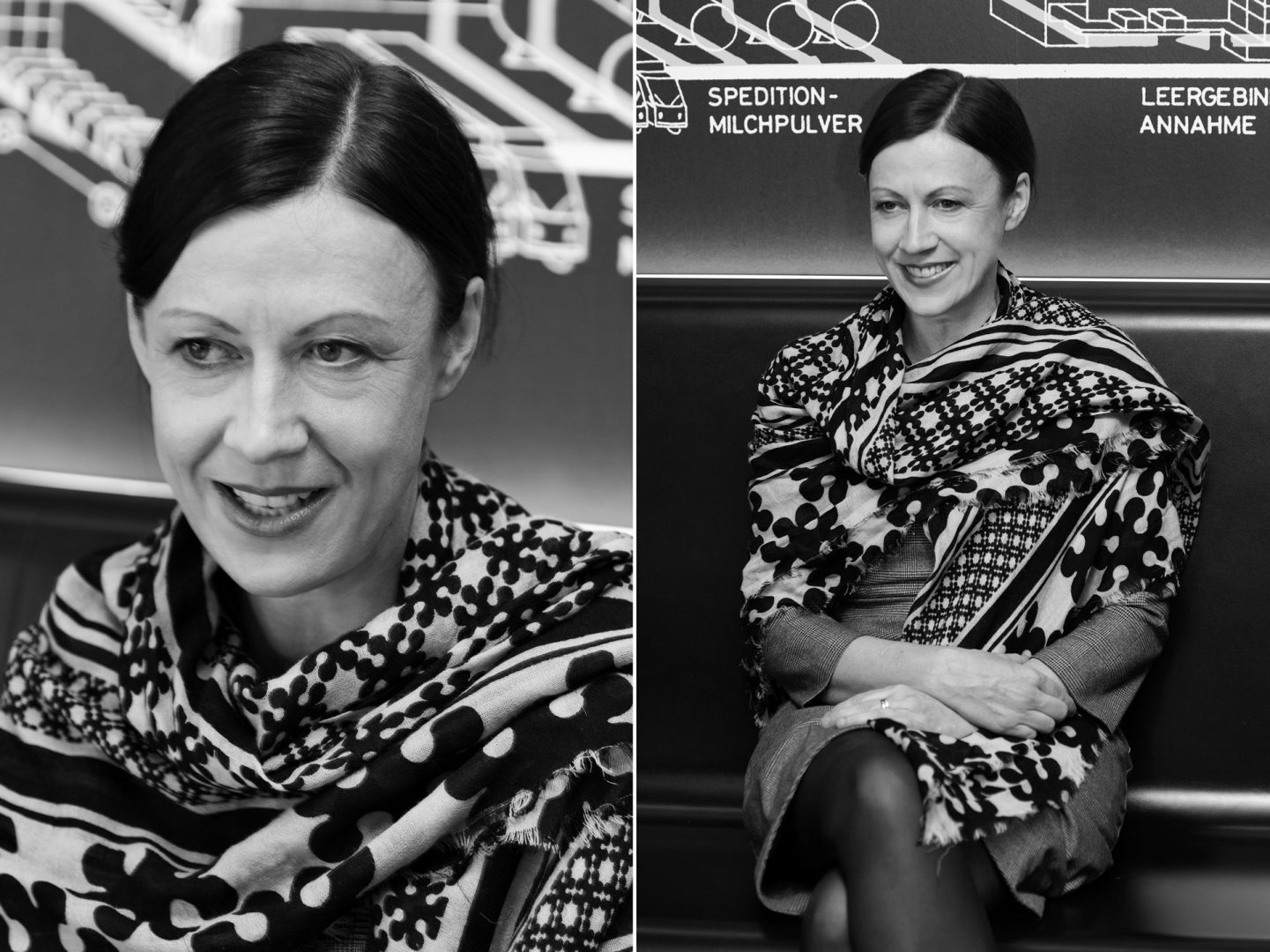 Swetlana Heger-Davis discusses craftsmanship and art Both create objects of desire: the craftsperson and the artist. They often work closely together. Swetlana Heger-Davis, director of the Department of Art & Media at ZHdK, discusses the diverse relationships between art and craftsmanship. She draws a line from Native American art to Shaker handicrafts, from the Birkin bag to the automotive paint shop.

Caroline Süess: What is your earliest memory of craftsmanship?
Swetlana Heger-Davis: My maternal grandmother gave me a doll, I must have been about four years old. For this doll she sewed dresses with buttons and braids. I sat there fascinated by how her hands created something from different materials.

There are many parallels between craft and art, for instance, the processes, aesthetics and logistics involved in both.

What is your craft?
As an artist I am not a craftswoman in the classical sense, but in the conceptual sense. I don’t produce industrial products, but unique products with imperfections, peculiarities and a personal dimension. There are many parallels between craft and art, for instance, the processes, aesthetics and logistics involved in both. Many works of art are commissioned, for museums, for instance. This is similar to a carpenter who has been commissioned to make a cupboard or a seamstress who sews a dress for a customer. As the director of the Department of Art & Media, I’m a manager, someone who combines knowledge, intuition, spontaneity and creativity to resolve problems.

Which materials do you like to surround yourself with?
Wood. A good chair made of good wood is something wonderful. But I also like new, “digital” materials, for instance nanotextiles that react to light. In the lounge of the Museum für Gestaltung Zürich’s main building on Ausstellungsstrasse, I spotted a sculptural curtain fabric that looks as if it were made of stone.

Autonomy is an important term in Richard Sennett’s book “The Craftsman.” To what extent does autonomy belong to craftsmanship?
Craftsmanship is something autonomous, based on a personal idea. There are two levels: the amateur and the professional. The amateurish is recreational: it has no rules and grants more freedom, making client and author identical. The professional level has rules: it’s a one-off and about creating something original. Besides, there’s a principal, a customer. As a layperson I can knit a sweater with a red and a blue sleeve, simply because I want to. In the professional sector, this doesn’t work if the customer prefers to have two blue sleeves.

It is a romantic view that artists do everything themselves.

In the context of contemporary art, there is often talk of authorship. What is the position of this concept in relation to craftsmanship?
Authorship has always played a role in the arts — at the latest since the Medici, who commissioned selected artists. The signature affirms the originality of the work and identifies the author. It is a romantic view that artists do everything themselves. Today, the signature can be understood as a reference to the originator of the idea, but not to the executor. The name doesn’t play a major role in craftsmanship, which doesn’t mean that there aren’t any craftspeople who haven’t made a name for themselves. Mind you, a craft can be perfect without an author. Take the Shakers: this religious group developed techniques from Native American art and made beautiful, primitive-looking objects, for example, baskets with nails made of wood. These are collectibles today.

Is contemporary art experiencing a comeback of craftsmanship?
Craftsmanship has always been part of art. It won’t disappear, even if the digital is gaining increasing influence. To create an individual work, I use various media, technologies and crafts. I very often work together with other experts, carpenters, glassmakers or metalworkers. In Sweden, where I spent the last few years, there’s a very lively start-up movement, which specializes in “customized” and “personalized” one-offs or limited editions. Here I see parallels to Switzerland: quality is important, and people like to invest in something durable.

An arts university also ought to teach students how to work together with craftspeople.

Where at ZHdK can one watch craftspersons at work?
In the workshops! Though also in the dance or music studios. On the other hand, the visual artists’ workspaces are more like laboratories than workshops.

Which type is as important at an arts university as the craftsperson?
The thinker — in fact, both types are equally important. There’s the idea and its implementation, though the latter needn’t always come from the artist. We can’t be experts at everything. I used to do everything myself — you learn a lot, but you often fail. It’s nice to be able to afford support.

What should an arts university teach students in relation to craftsmanship?
Three things: the basics, a knowledge of materials and the network. As an artist you often use techniques that are entirely unrelated to classical artistic techniques. To this end, artists work together with craftspeople, car painters or advertising sign specialists. My experience is that such experts are very happy to involve themselves in artistic projects. An arts university also ought to teach students how to work together with craftspeople.

A manual task that I have often set my students is to analyze a finished work of art. How would they go about reproducing it? They learn a lot.

An individually produced object has its justified price. Still, most people spend more money on a bag than on a work of art.

Crafts have always relied on a market. Does this also apply to art?
Many parallels exist between art and craftsmanship. Take the history of porcelain from China or Dutch tulips: these were currencies. You create a luxury good — which is art too — and open up a market. The prices for art may astonish us, but so does that for a Hermès Birkin bag. But you understand the price once you realize how many different workers have spent hours and hours of intense manual labour and devoted great attention to every single detail. The same goes for art. An individually produced object has its justified price. Still, most people spend more money on a bag than on a work of art. They probably see the bag more as an asset. Ultimately, it’s about “Objects of Desire” — the title of one of my early works.

What was that about?
It was a commissioned work for a museum: a painted wooden platform that could be rented for the duration of the exhibition. From the revenue I bought objects — furniture and works of art — from friends. Actually I wanted the pieces for myself, for my home — eventually, though, someone bought my entire work “Objects of Desire.” That would actually be a good title for this interview.

Prof. Swetlana Heger-Davis (swetlana.heger-davis@zhdk.ch) is director of the Department of Art & Media at ZHdK. Born in Brno in the Czech Republic and raised in Bregenz, her works have been exhibited at numerous solo and group exhibitions worldwide. Swetlana Heger-Davis studied at University of Applied Arts Vienna and Musashino Art University in Tokyo. Until 2017 she served as rector of Umeå Academy of Fine Arts, Sweden.
Caroline Süess (caroline.sueess@zhdk.ch) is head of PR and Media at ZHdK University Communications. She learned her craft during 5,000 hours in a smoky newspaper editorial office in Eastern Switzerland.
Teile diesen Beitrag: