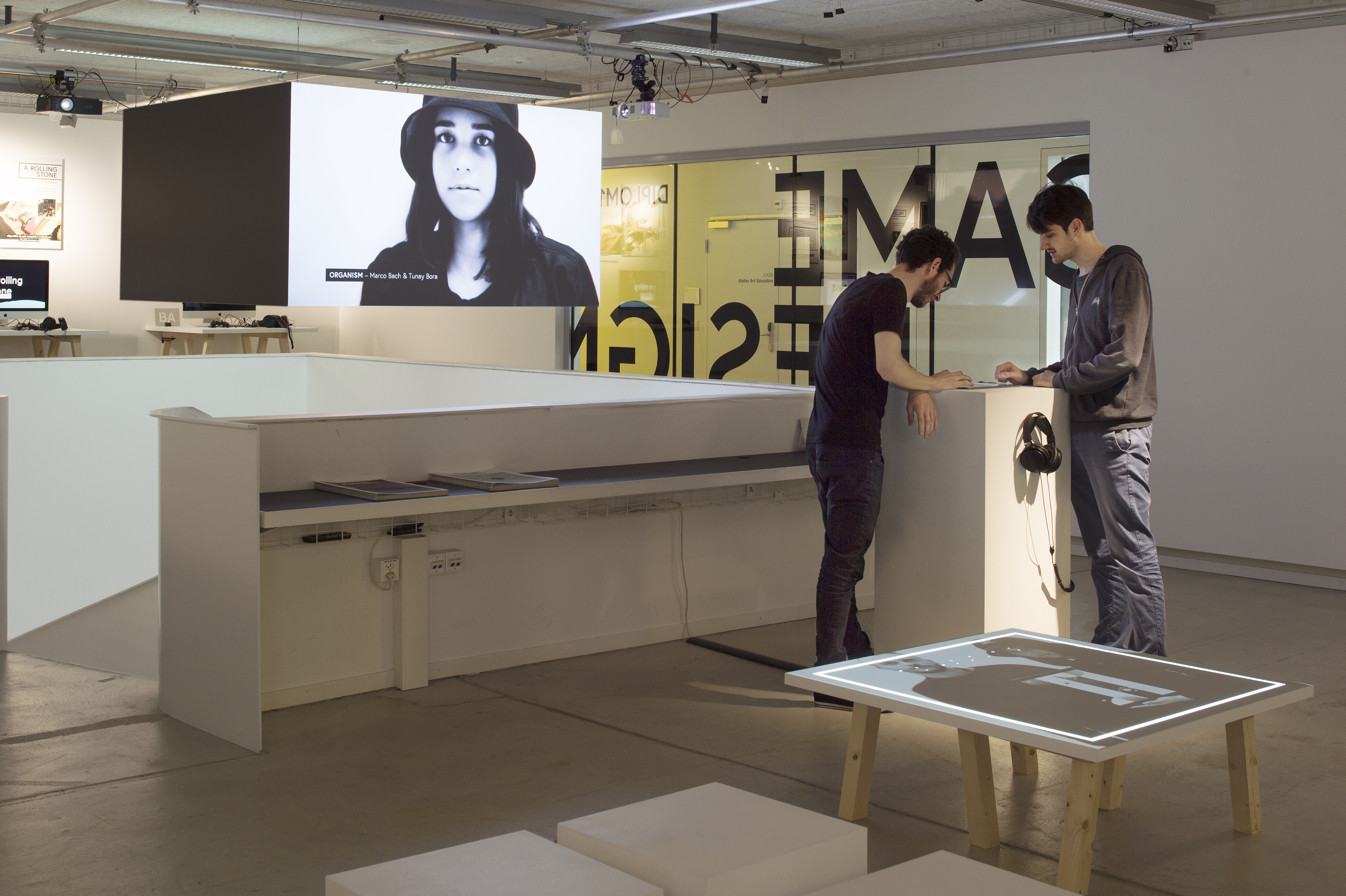 The degree show is one of the highlights of the game designer’s academic year. Photograph: © ZHdK

Today, video games occupy an important place in Switzerland’s cultural landscape. Many Zurich-based developers are internationally successful, as numerous awards and prizes for video games at festivals such as GDC, IGF, E3 and Gamescom reveal. To date, however, the revenues achieved by these award-winning games have been rather low. Voices calling for a well functioning promotion of the games industry in Zurich and Switzerland are growing ever louder.

Compared to other Swiss cities, a disproportionately large number of start-ups in the gaming sector, development studios, technology hubs and agencies focusing on gamification are active in Zurich. Many of these creative studios have emerged from ZHdK. Since 2004, its Game Design Programme and generalist Bachelor’s course have played a pioneering role in Europe. Visual originality, a love of experimentation and narrative and playful mechanical refinement characterize many of the programme’s current projects and are crucial to shaping Switzerland’s perception of itself and of others as a production site for sophisticated game design. ZHdK’s Serious & Applied Games Research Programme also fosters the relevance and effectiveness of games dedicated to “serious” contents and applied in education and therapy. The programme maintains important partnerships in business and Swiss educational institutions.

The need to promote Swiss games culturally and economically

Thanks to the great commitment of the Swiss Arts Council Pro Helvetia, many Swiss game developers, including numerous ZHdK graduates, are now heeded nationally and internationally. However, what is not addressed enough in the public debate on Swiss games is the gap between cultural and economic promotion. Both areas are important in order to ensure balanced funding strategies and thus to account for the diversity of national game creation also in the future.

Across Switzerland, only a few studios can concentrate full-time on developing games. The vast majority are located in the independent sector, are largely cross-subsidized by cultural funds or fund their projects through related activities in the creative industry. The current funding situation means that many studios can only pay low wages if their game is to be released. This, however, should not be a long-term perspective.

Arts and culture funding cannot possibly cover the costs for the entire value chain of a video game (concept, development, promotion, distribution, market entry) — nor is this its task. What is lacking to help Swiss games achieve economic success is institutionalized business development and, closely linked with this, investors, publishers and centres advising start-ups on legal, financing and marketing issues. What is missing is a hub tailored to the needs of young game designers, similar to the “Dutch Game Garden” in Utrecht, which brings together the above-mentioned expertise under one roof. What is needed, moreover, is a coordinated funding structure for games, which results from the sum of cultural, innovation and economic promotion.

The recently published report of the Federal Council, “Games. Ein aufstrebender Bereich des Kulturschaffens,” has been well received at ZHdK’s Game Design Programme. Nevertheless, it should not be forgotten that the stocktaking has been long overdue. It is only once politicians show their true colours and provide economic incentives that Swiss and Zurich-based game design will continue to develop. If we want to prevent game design talents trained in Switzerland from moving abroad, now is the time to strike a balance between cultural and economic promotion.

Game Design at ZHdK offers a Bachelor’s and a Master’s programme. Coursework focuses on the culture and design of interactive games. The programme maintains numerous research cooperations with a wide range of international partners from business and higher education.
Maike Thies (maike.thies@zhdk.ch) is a research associate at ZHdK’s Game Design subject area.
Teile diesen Beitrag: