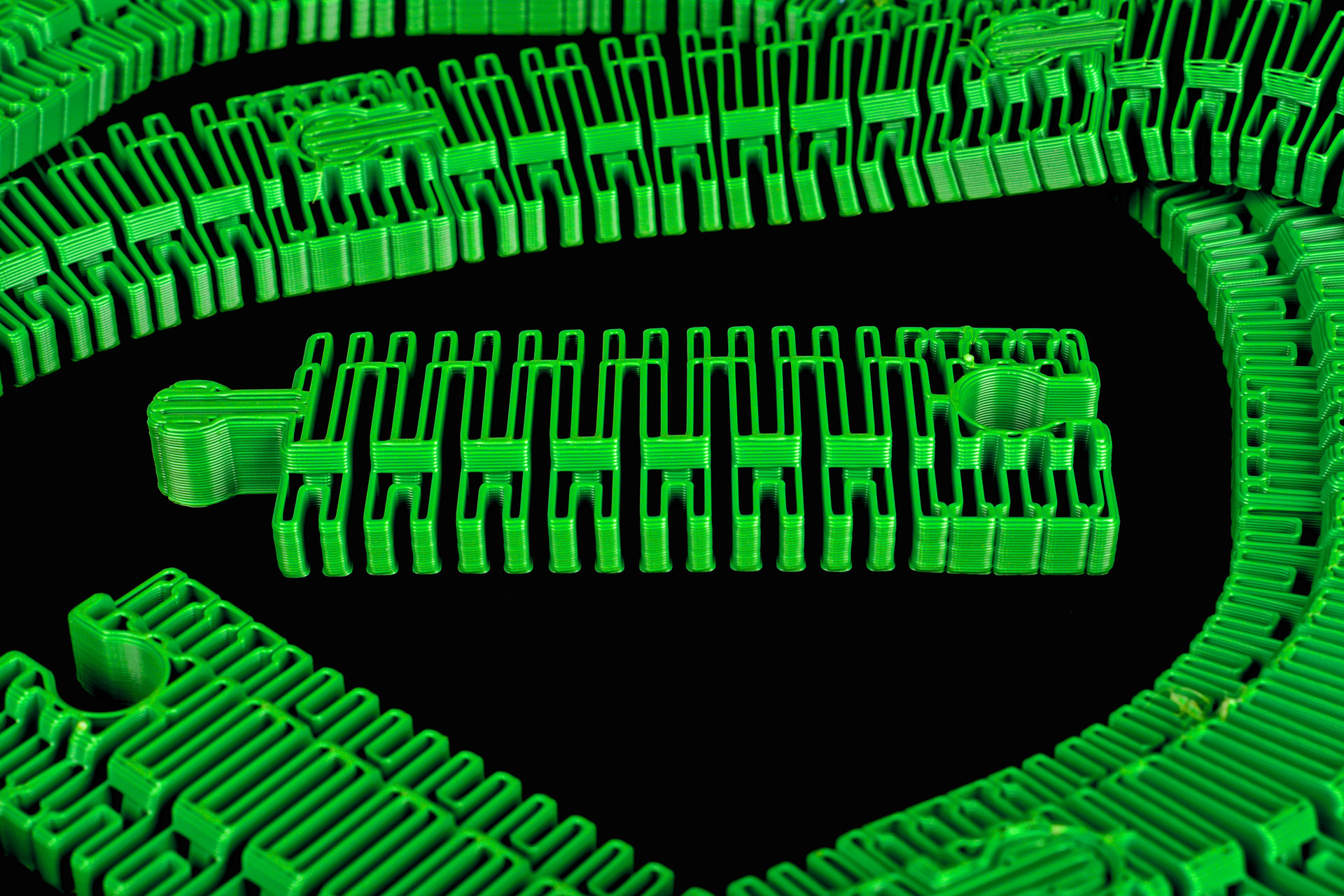 I saw the flexible Brio railtracks for the first time in summer 2016 at our exhibition “Building Worlds — Models of Designing, Collecting, Reflecting.” At the opening, my son and I watched in fascination how these rails were constructed from a line by the 3D printer. Every 15 minutes, the printer spit one out. We took two home and built a bridge across our Brio wooden tracks.

Good design need not necessarily manifest itself in new products, but can also extend or improve existing systems. That’s why I thought of the railtracks when I was invited to present a good idea to a small group gathered at the Freitag Brothers. I met Roman Jurt, the designer of the Brio Flex Railtracks. At ZHdK’s Industrial Lab, he introduces students to the possibilities of 3D printing and does cool projects with them. Roman introduced me to Thingiverse.com, an open hardware platform that allows users to download data for 3D printers for free. The digital building instructions for the Brio Flex Railtracks are open to anyone not intending to use them commercially and who credits the originator. So Roman’s name gets mentioned in connection with remixes of his tracks, such as further developments for the Ikea or Lego railways. Referencing a predecessor’s idea — Roman himself refers to the flexible wood Dukta — and his generous sharing of ideas impressed me greatly.

The Brio Flex Railtracks are not only a good product, but also embody a new kind of participatory design. That is why we are now including them in our Design Collection at the Museum für Gestaltung. And should the open hardware platform no longer exist at some point, the exhibit will still be well-preserved, due to the excellent climatic conditions at our Schaudepot, when my son and his children visit a future exhibition featuring the Brio Flex Railtracks.

In this section, members of ZHdK present special things from everyday life at an arts university. Other favourites
Renate Menzi (renate.menzi@zhdk.ch) is the curator of the Design Collection at the Museum für Gestaltung Zürich.
Teile diesen Beitrag: