Job interview in front of an audience

12 February 2018
StageTheatre0 Comments 0
Every October marks the year’s pinnacle for acting graduates on ZHdK’s MA in Theatre: the “directors’ auditions.” The directors and dramaturges of German-speaking theatres as well as representatives of film agencies and film directors are invited to see acting talentsperform monologues and partner scenes. Held at Gessnerallee’s Theater der Künste, the Zurich audition is the first station on an auditioning itinerary taking graduates to Berlin, Munich, and Neuss near Düsseldorf. After the trip, the majority secures an engagement in a theatre or film production. Commissioned by the editors of Zett, illustrator Kati Rickenbach attended the October 2017 Zurich audition. The following pages capture her impressions. 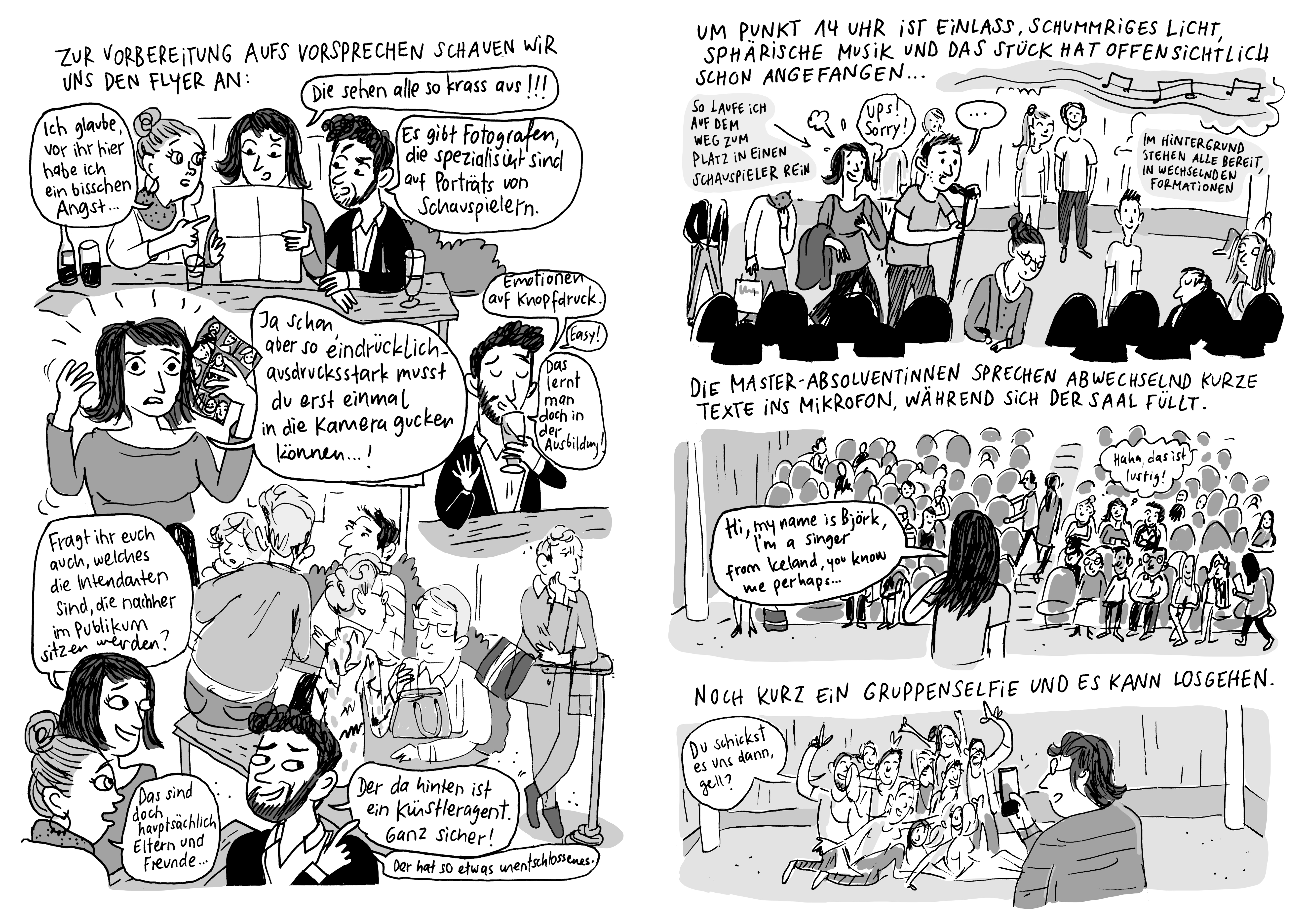 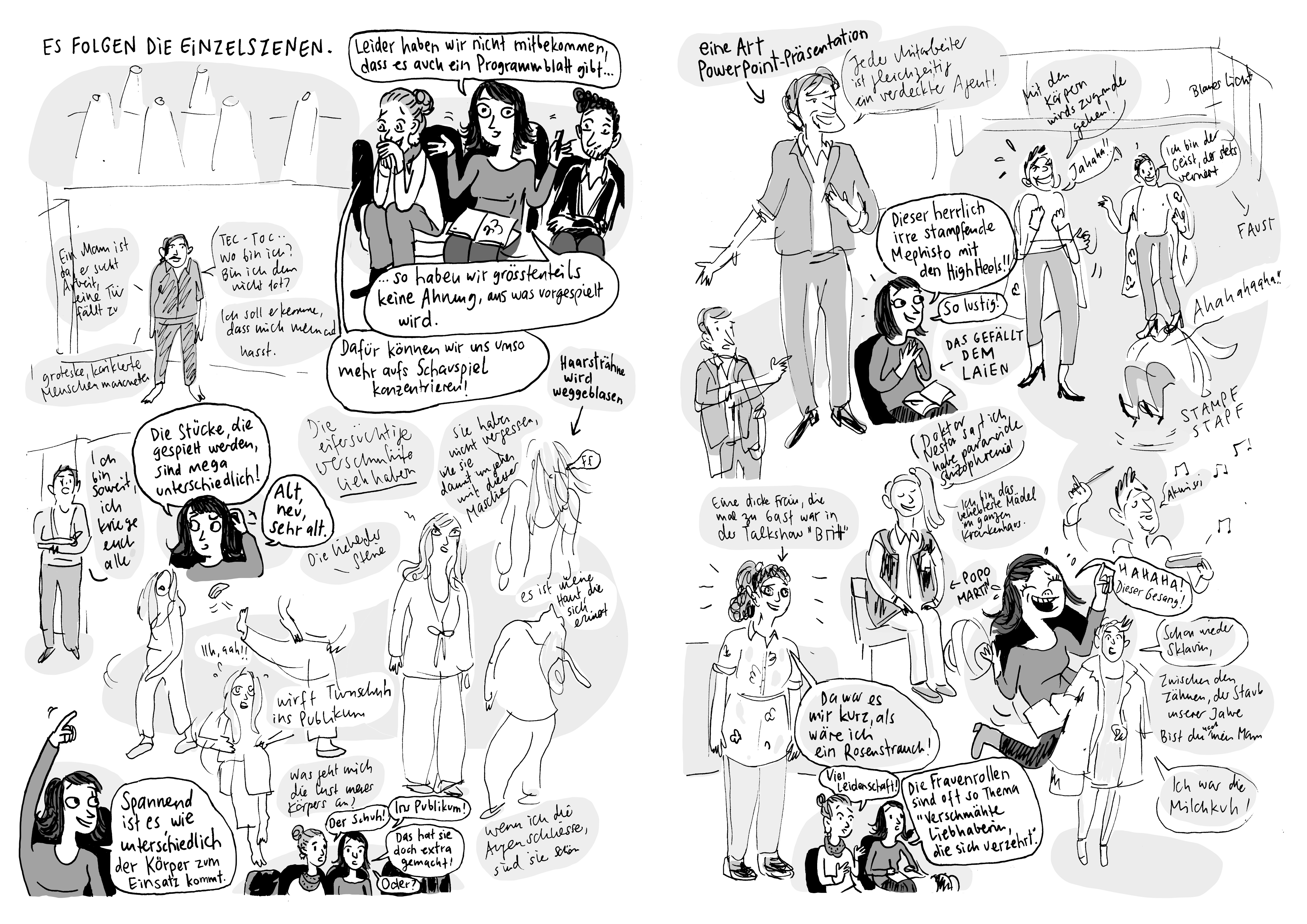 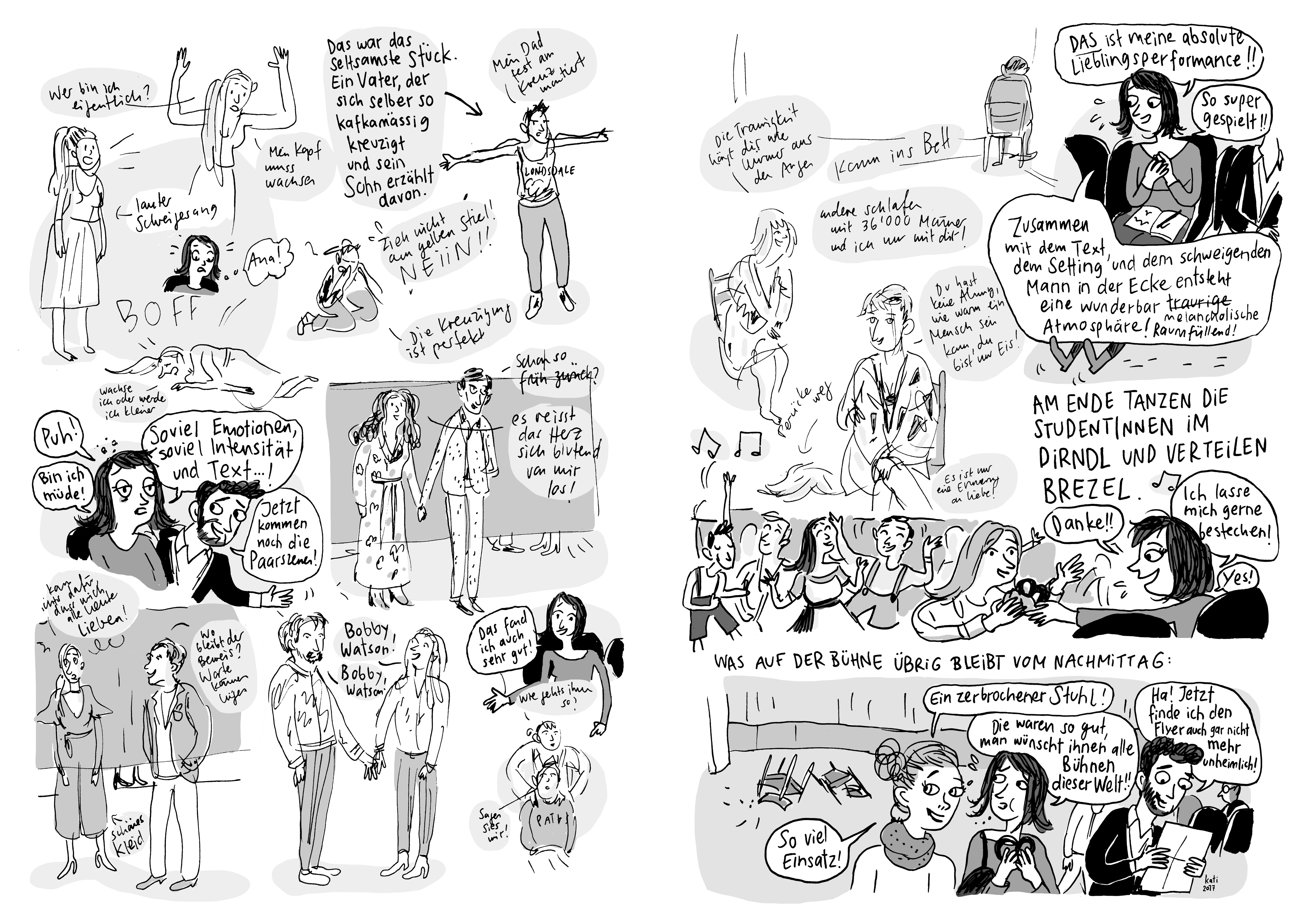