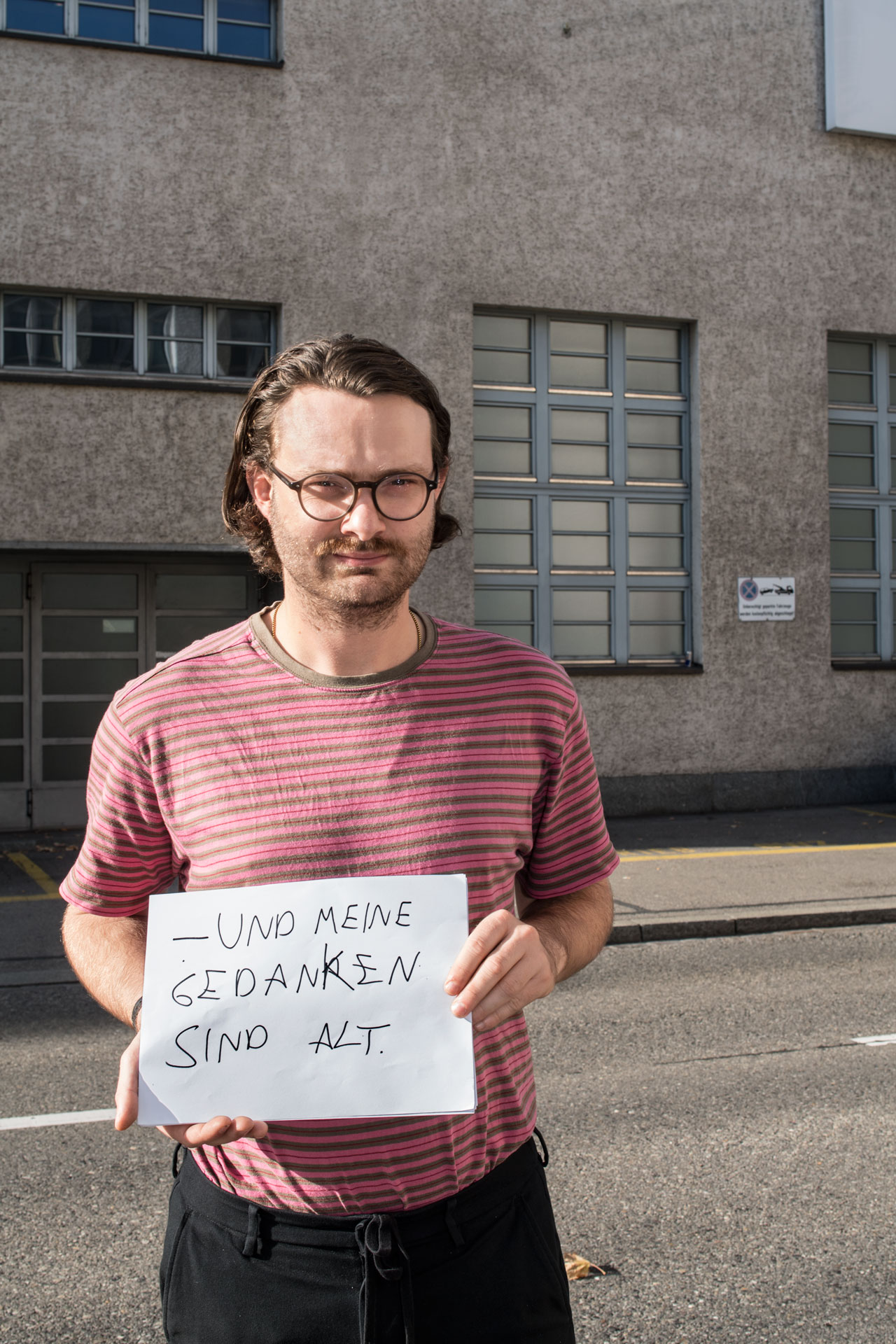 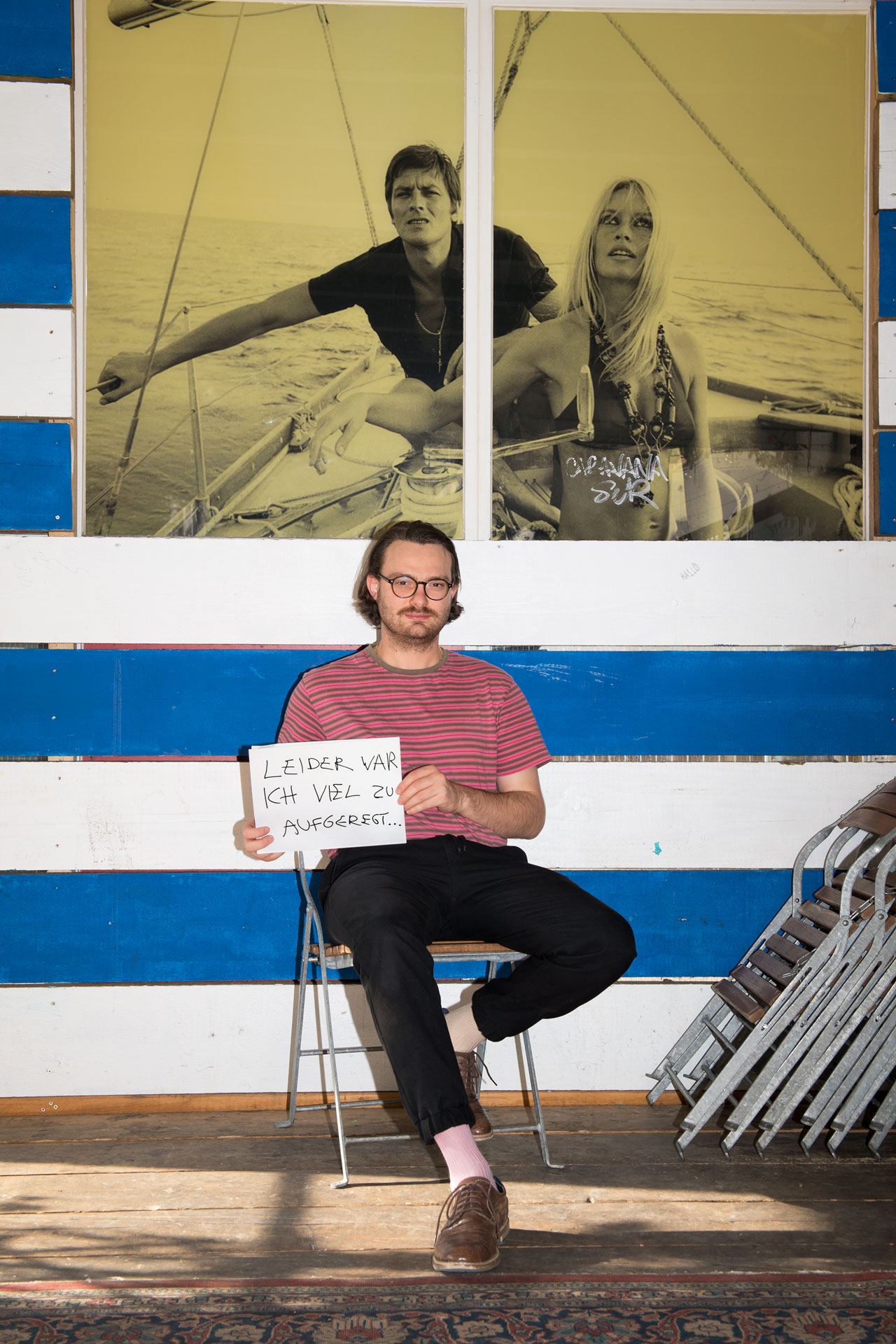 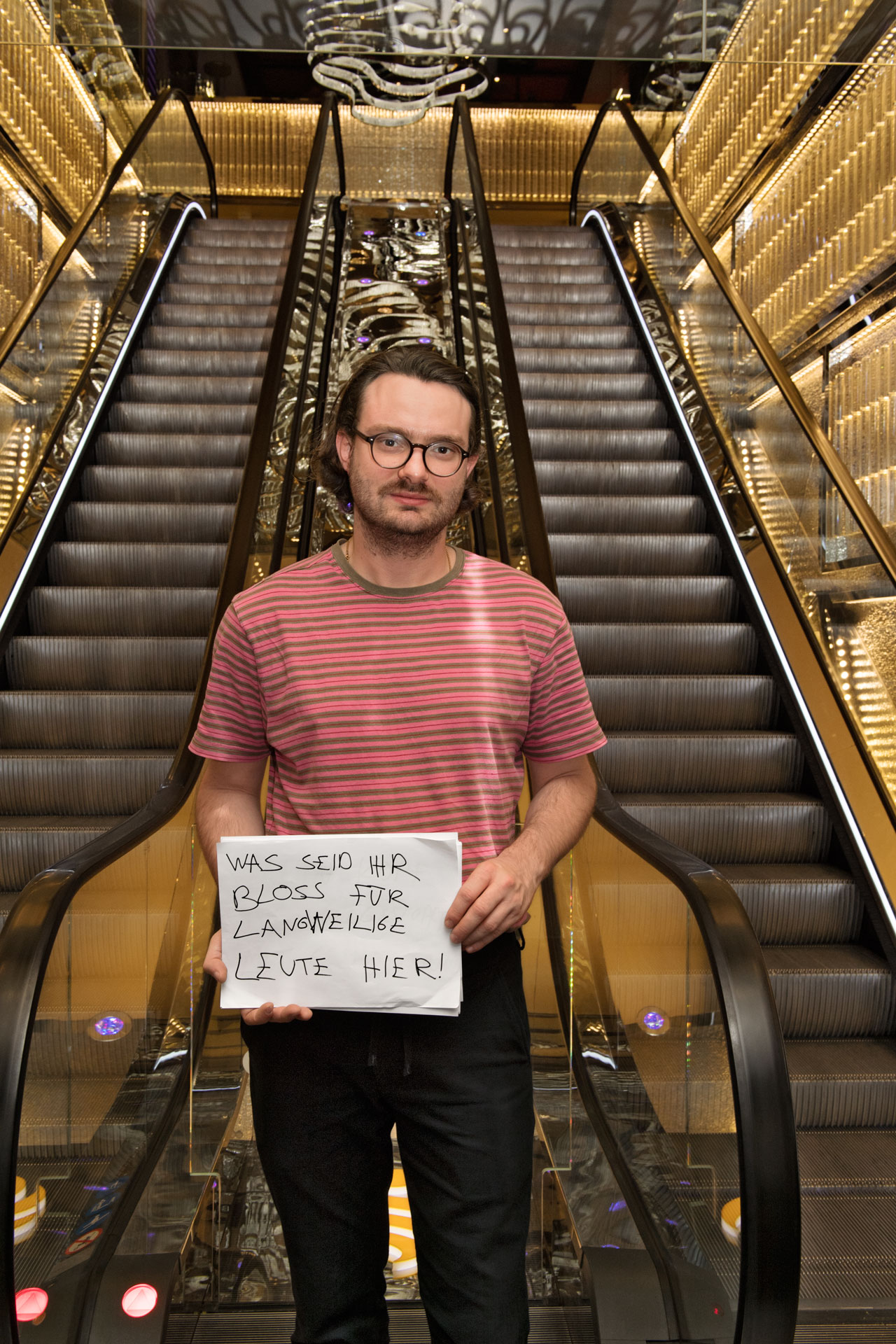 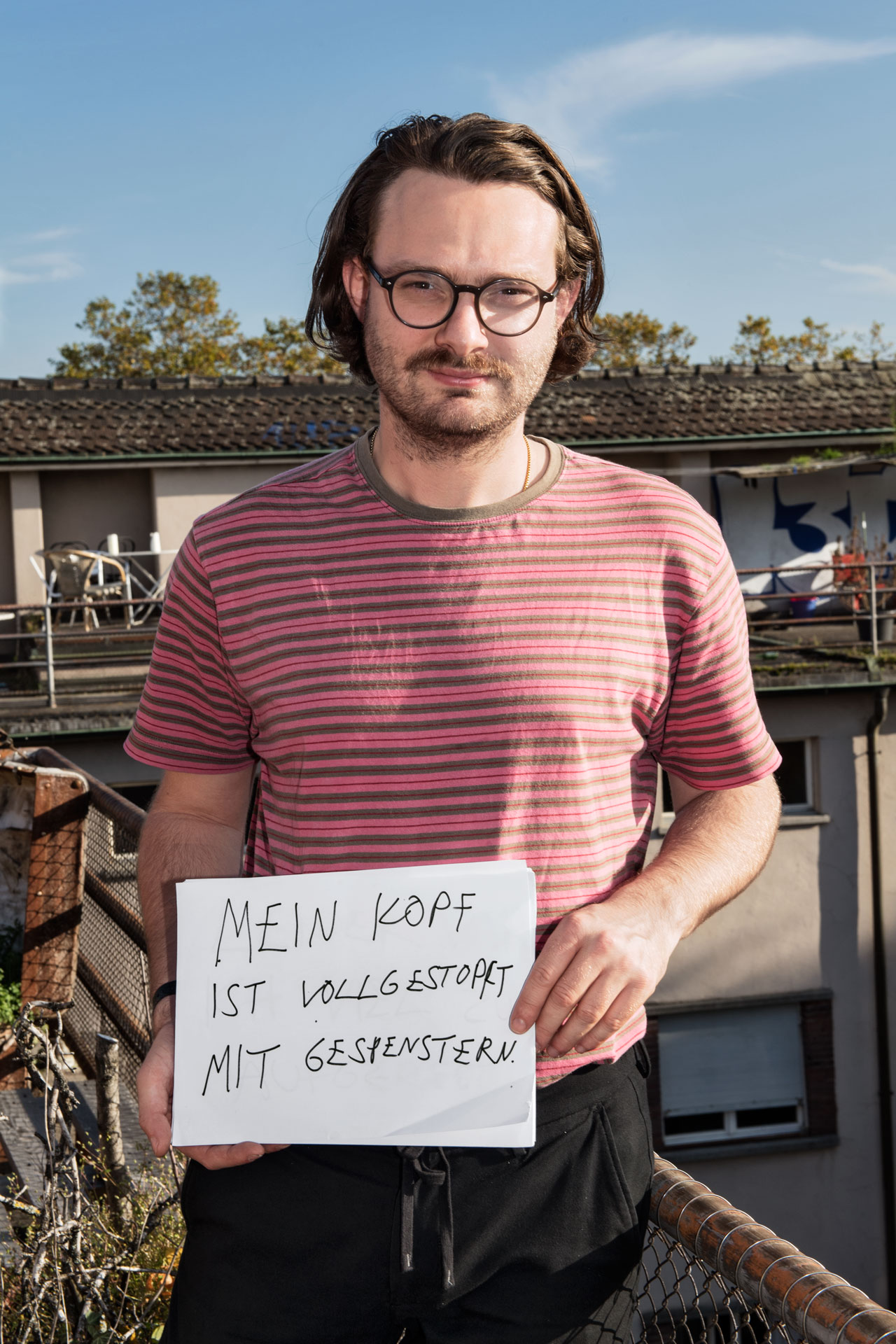 Timon Jansen is studying stage directing at the Master of Arts in Theatre. He holds a Bachelor’s in Applied Theatre Studies from Giessen. His pieces investigate how emotions and movements of thought arise.

Andrea Zeller: What are you working on?
Timon Jansen: I am working on my final project. It’s called “Summer Guests,” is based on Maxim Gorki, and will be shown in February 2018. His play is set before the Russian Revolution in 1904 and describes a society that is no longer capable of political action. I am interested in the link between this subject and today’s affluent society, especially the so-called Generation Y. Are we a generation with an ambiguous attitude? Are we pampered by prosperity? To what extent is the situation of 1904 repeating itself? To what extent is the past a part of our present?

What inspires you?
The works of Jean-Luc Godard, especially “La Chinoise,” keep inspiring me. He takes an existing subject that appears obsolete and uninteresting at first glance, but finds an aspect that is still relevant today and completely revises the material. He thus drafts an exciting vision of the present. That’s the kind of theatre I would like to produce.