The film lived with us 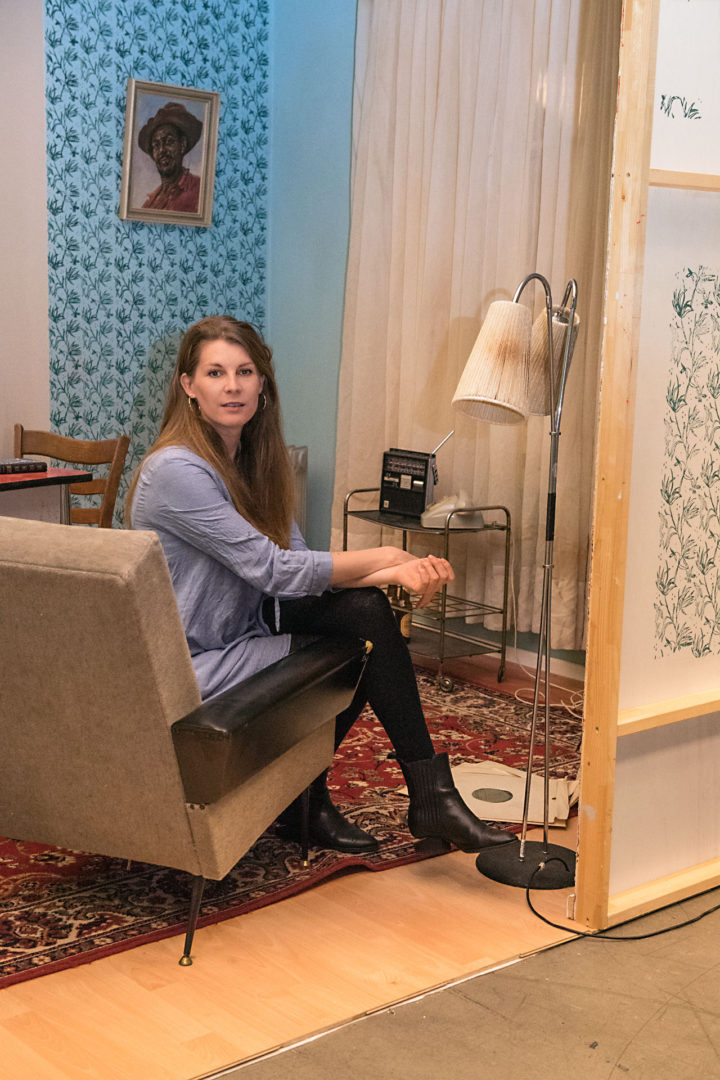 She is a familiar face from “Tatort,” the “Heidi” movie, the TV series “Wilder,” or the two-part SRF film “Private Banking”: Anna Schinz, a ZHdK graduate, has already made a name for herself as an actress. For “Facing Mecca,” she has written her first screenplay together with partner and director Jan-Eric Mack. The ZHdK graduate film has been shortlisted for an Oscar. A making-of interview.

Isabelle Vloemans: What is writing a screenplay together like?
Anna Schinz: Because Jani and I are a couple and live together, there was no escape for a year. The film lived with us, so to speak, and we spent many nights working on it. It was a terrific, but also a sleepless time.

The dialogues seem very authentic — how did you manage that?
We kept asking ourselves the same questions over and over again: “Who is this character?” and “How does she or he speak?” Being an actress, I always want to playfully try out the writing. I’m interested in the nuances, in what remains unspoken. Not everything has to be verbalised if you can actually act it out. (Pauses) We also had to take some radical decisions: we first wanted to tell the story from the perspective of the asylum seeker. But at some point we realised that this wasn’t going to work. So we decided to tell our refugee drama from the helper’s perspective. Something that hasn’t been done much yet.

“Facing Mecca” is based on a true story. How did you find this?
My mother told us the story. We immediately recognised its cinematic potential: it’s tragicomical and deals on a small scale with a large, highly relevant political issue. We began doing extensive research and recorded a total of 13 hours of conversations with people from the real case.

You were also involved in the casting. How did you proceed?
All the parts except for the children and the funeral director were cast by Nora Leibundgut at Corinna Glaus Casting. But there’s also a story or two to tell about that. For example, we spent weeks looking for an actor to play the Muslim undertaker — without any luck. One evening Jani and I were watching a SRF documentary about the Muslim funeral director Enver Fazliji. We knew immediately: “It’s gotta be him!” As soon as we met Enver and told him about the plot, he fell silent and said: “It’s a true story.” It turned out that he was the undertaker in the real case!

How did you find the two girls who play the refugee children?
It was clear to me that the casting agencies would have very few or no Syrian children aged five to seven in their files. At first I thought of girls who were born here. Finally, I visited several refugee homes with a translator, as my previous search had been unsuccessful. I was amazed how eager the parents were to see their children in our film — until the translator explained that Jay Abdo, who plays the girls’ father, is a superstar in Syria and that simply everyone wanted to meet him!

IV: So finally it was two of these children?
No. One morning the translator sent me a photograph of Merav and Saya. He had met them at an asylum centre in Bern. They had been in Switzerland for two months, but their mother wasn’t really impressed about Jay being a superstar! But she found the film’s theme important and gave us a chance. So we travelled to Bern again and again, got to know the girls better and discussed the film scene by scene with their mother. She gave her blessing only when she was sure that the girls wouldn’t have to act any potentially burdensome scenes. I did everything to ensure that they will have good memories of the film. We are still in touch with the children and visit them from time to time.

How do you see your future after your first success as a screenwriter?
I am basically an actress and love acting. But for me that doesn’t rule out working as an author. Writing has long been my second great passion. Jani and I could also imagine writing another script together. But that requires finding another story that grips us both. Fortunately, we see each other regularly — even without writing together. (Laughs)

“Facing Mecca” has qualified for the Oscar Shortlist. How can you better this success?
Being shortlisted meant tremendous recognition for everyone involved. We really appreciate it. But now we’ll get started on a new script, to be able to work with this wonderful team again as soon as possible. That would be great!

The short drama “Facing Mecca” is about a Swiss pensioner (Peter Freiburghaus), who helps a Syrian refugee (Jay Abdo) to bury his wife according to Muslim rites. The film is a co-production between Dschoint Ventschr, SRF, and ZHdK.
Anna Schinz (born 1987) grew up in the Zurich Oberland and graduated with a Master’s in Acting from Zurich University of the Arts in 2011. Already as a student she appeared in stage productions at the Schauspielhaus Zürich, Theater Neumarkt, and Theater der Künste; she also starred in two feature films and as a police officer in six episodes of the Swiss “Tatort.” She lives in Zurich.
Isabelle Vloemans has a favourite sentence in “Facing Mecca”: “Ä Mönsch verschteit das” (“A human being understands this.”) She was a project manager at ZHdK University Communications and wrote regular contributions for Zett.
Teile diesen Beitrag: