The discovery of less 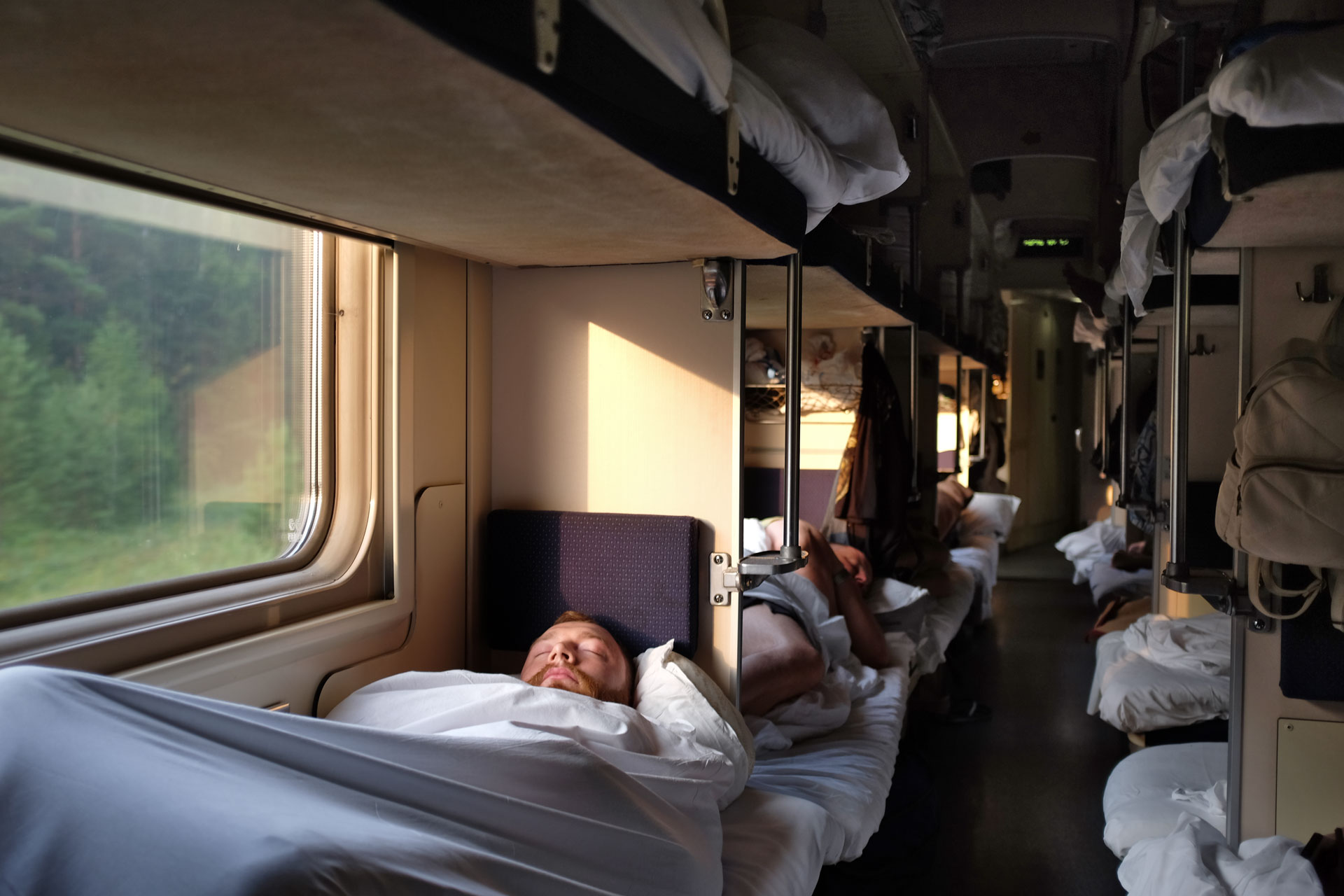 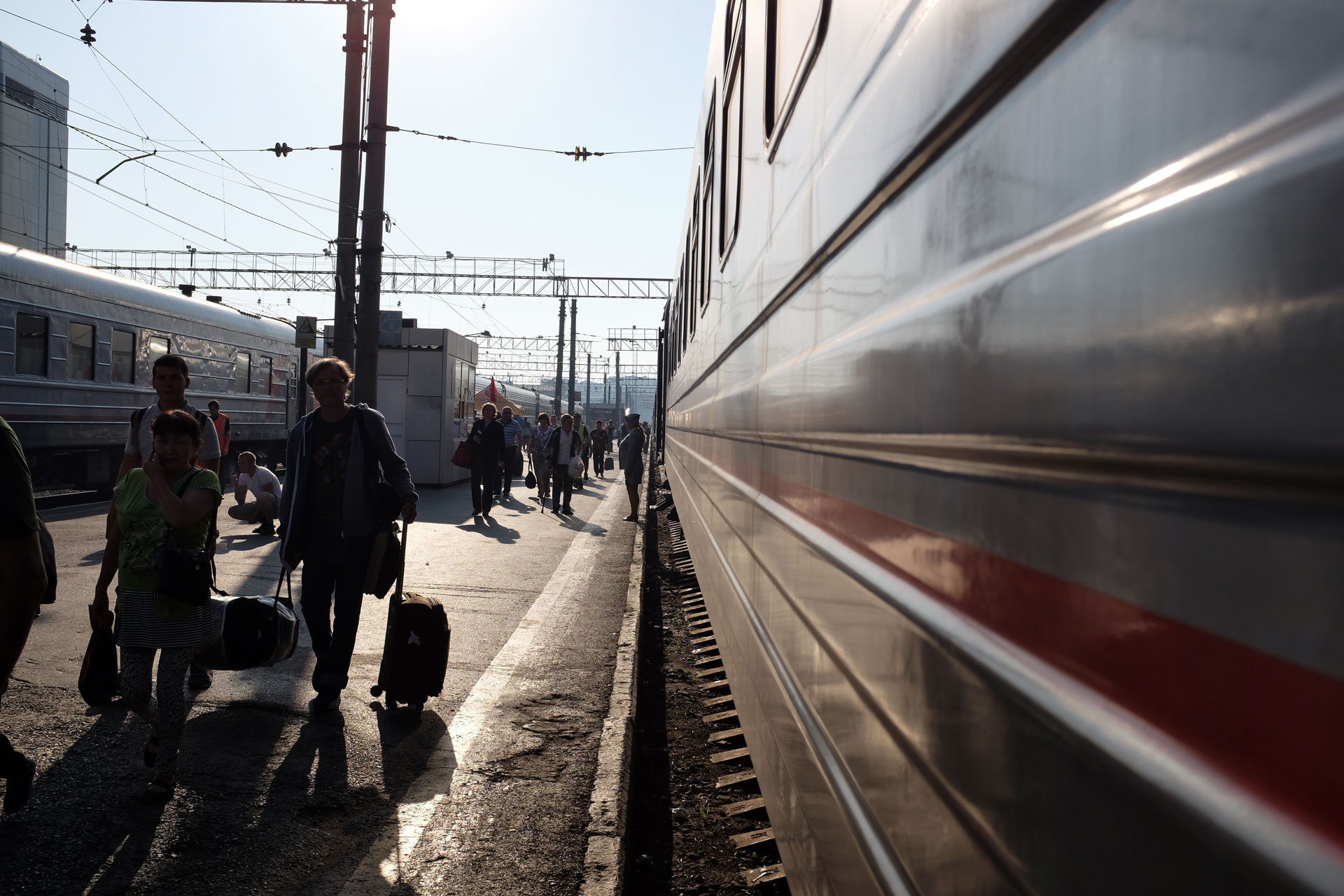 Stopover on a long journey. 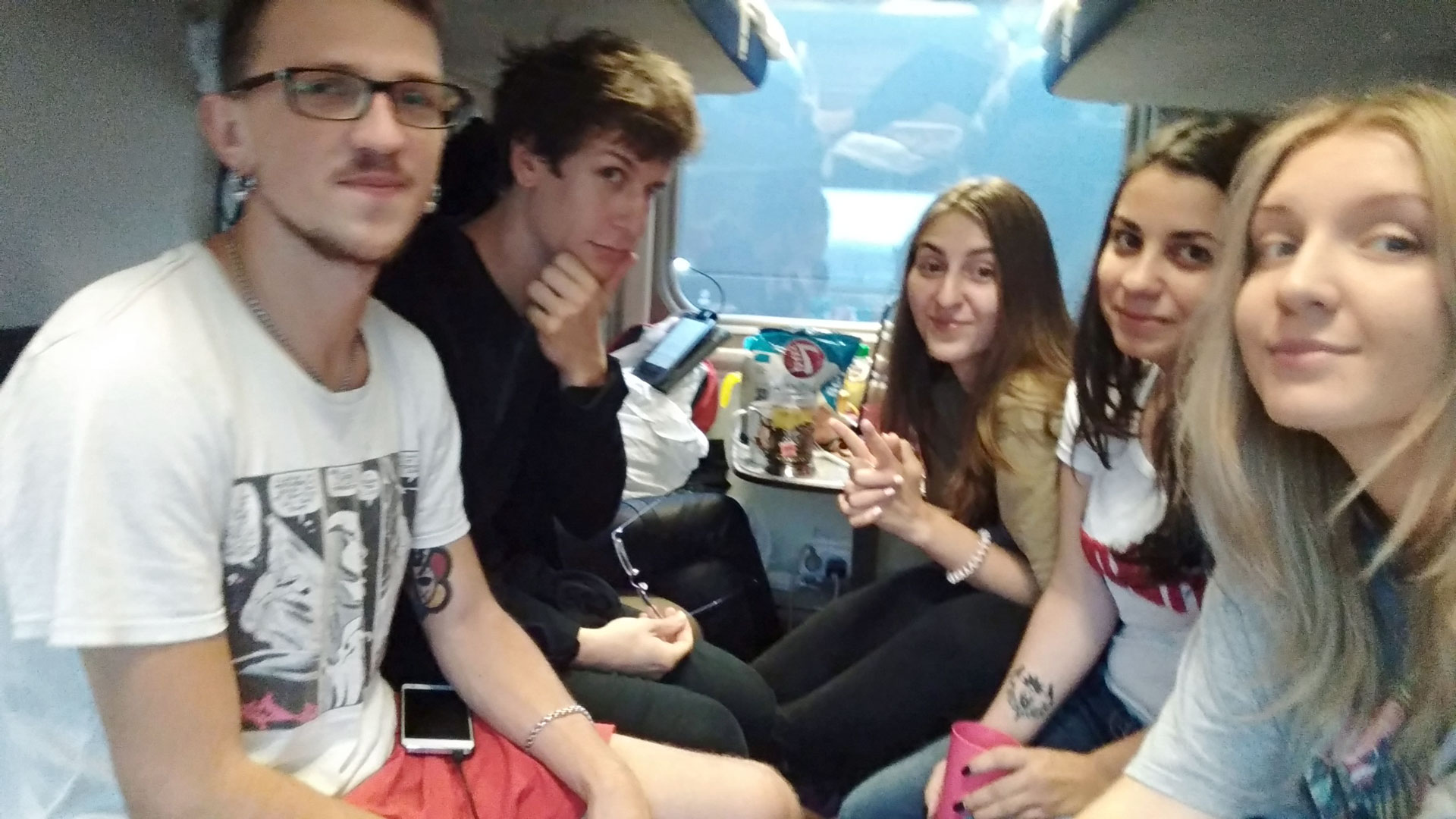 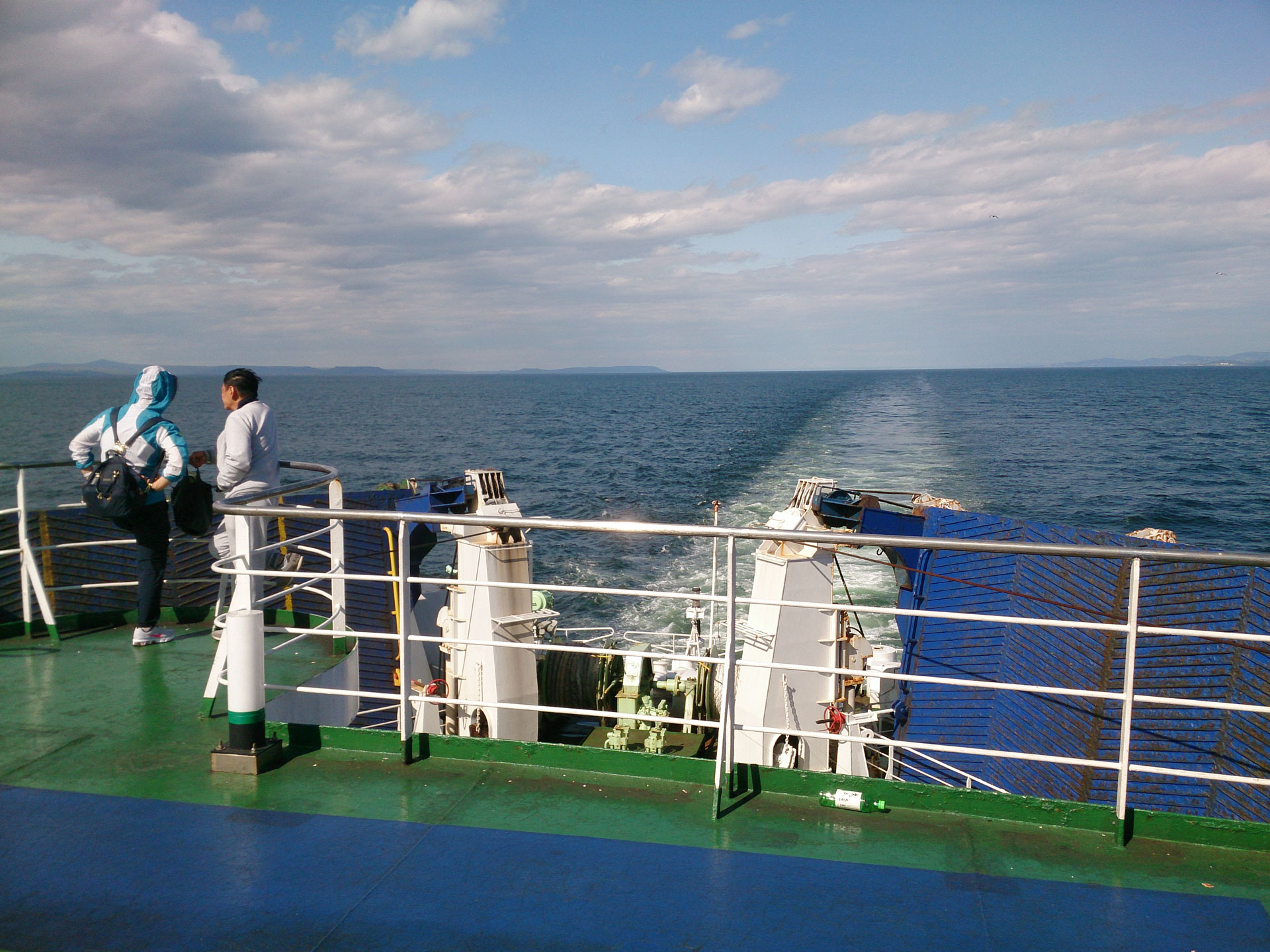 On the ferry from Vladivostok to Sakaiminato. 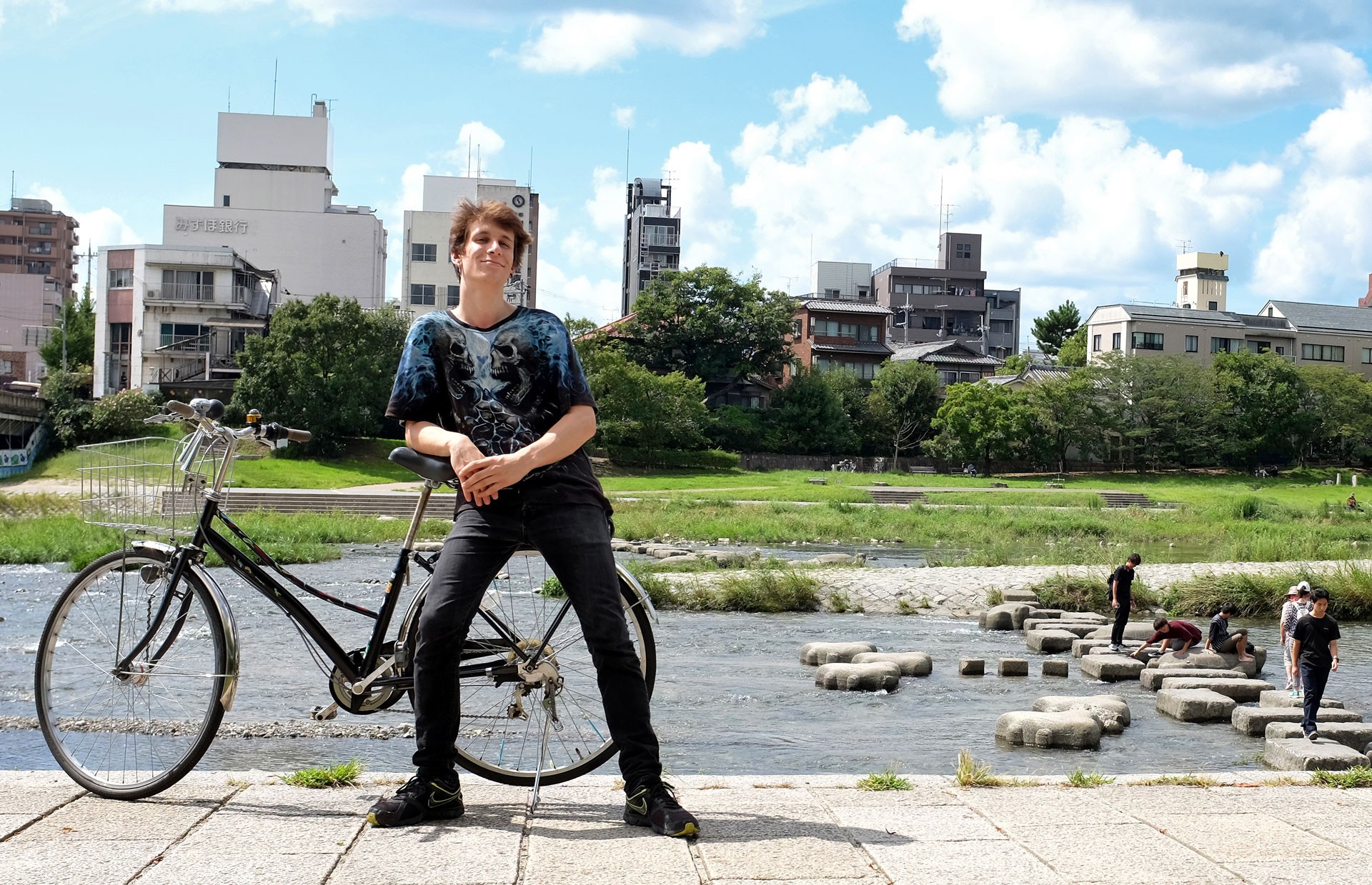 On the Trans-Siberian Railway

Art & Media student and artist Benjamin Frey travelled by land and water from Zurich to Japan to spend a semester at Kyoto University of Art and Design. An interview on different aspects of less.

Caroline Süess: Flying to Japan usually takes twenty hours. Why did you choose a ten-day trip by land and water instead?
Primarily because I can’t reconcile air travel with my conscience. I also realised that the journey would help me gain a better sense of distance and enhance my appreciation for my destination.

Could you describe the atmosphere on the Trans-Siberian Railway in three words?
Encounters, surprises, adventure.

Were you offline?
Of course.

How did you spend your days?
I had audio books, wanted to read, write and cram Japanese vocabulary. But I only got round to the latter. The many impressions were satisfying enough.

What became less on the journey?
The sense of time.

What increased?
The connection with the other passengers. Being stuck on a train for a week knits people together.

What preoccupied your fellow passengers?
I often met Russian-speaking people from Ukraine. The Ukrainian conflict was already a topic of conversation.

What was the most exhausting part of your journey?
Certainly the small children. I rarely have contact with children. But the trip made me more aware of what dealing with them means and taught me to cope with their behaviour — the frequent screaming, for instance.

Did the journey provide you with material for your artistic work?
Besides the experience itself, the sounds were totally inspiring. The whole journey was an interplay of sounds. For example, the train would suddenly stop in the middle of the night, leaving us to seemingly float in silence.

What was it like to board the ship to Sakaiminato in Vladivostok?
There was a spirit of optimism and the prospect of imminent arrival felt surreal.

How did you experience your arrival in Kyoto?
I had hitched a lift and arrived just before midnight. Although I already knew my way around Kyoto and Japan, it was the same sensory overload as on previous trips. When you arrive, you feel strange and awkward.

Could Japan be described as a country with a long tradition of cultivating less rather than more?
Historically, this is certainly true. In modern society, however, this is only evident in very subtle nuances. Unfortunately, abundance, being terrorised by consumerism, and the throwaway society are ubiquitous. Some new arrivals might find the exuberant impressions intoxicating — but I find them tiring, especially in the long run.

What is there less of in Japan than in Switzerland?
Space. It’s amazing what people fit into a single room.

What is there too much of?
Categories of relationships. I am currently working on the topic in a project.

Which Japanese particularity would you like to integrate into your everyday life in Switzerland?
Before meals, one folds one’s hands and says: “Itadakimasu,” literally: “I humbly receive.” It’s a way of appreciating the events and circumstances that have led to this meal.

Benjamin Frey is studying art and media at ZHdK. He has been blogging his experiences in Japan for the past five years: www.gfischtjapan.wordpress.com
Caroline Süess (caroline.sueess@zhdk.ch) is head of PR and Media at ZHdK University Communications. She received her first travel guide of Japan when she was still underage. Later she only made it as far as Yekaterinburg on the Trans-Siberian Railway.
Teile diesen Beitrag: