Anti-design for the consumer world 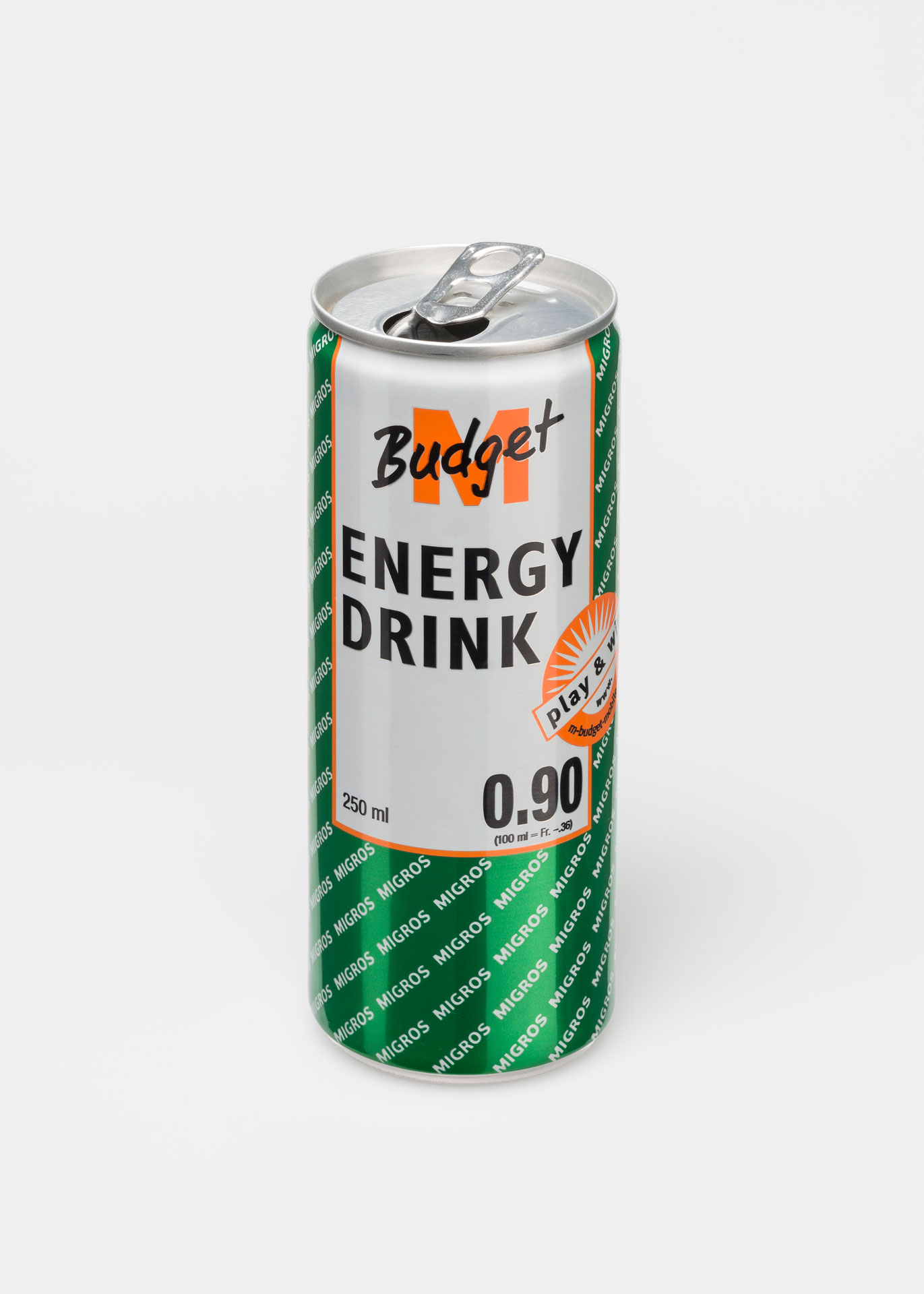 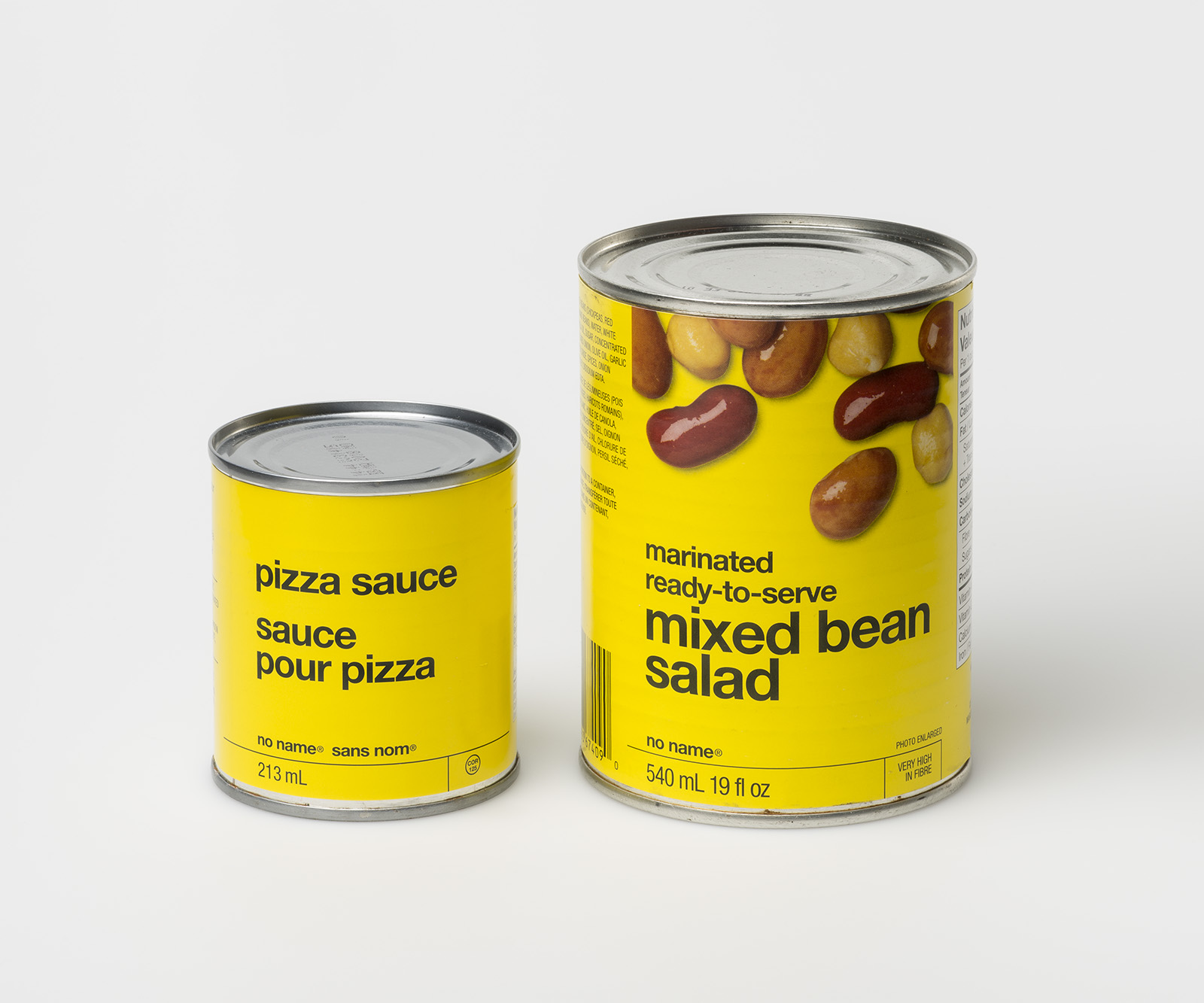 “No Name,” with its characteristic yellow packaging, was launched as one of the world’s first strategic low-price product ranges by the Canadian Loblaw Group in 1978. Photograph: © Museum für Gestaltung Zürich 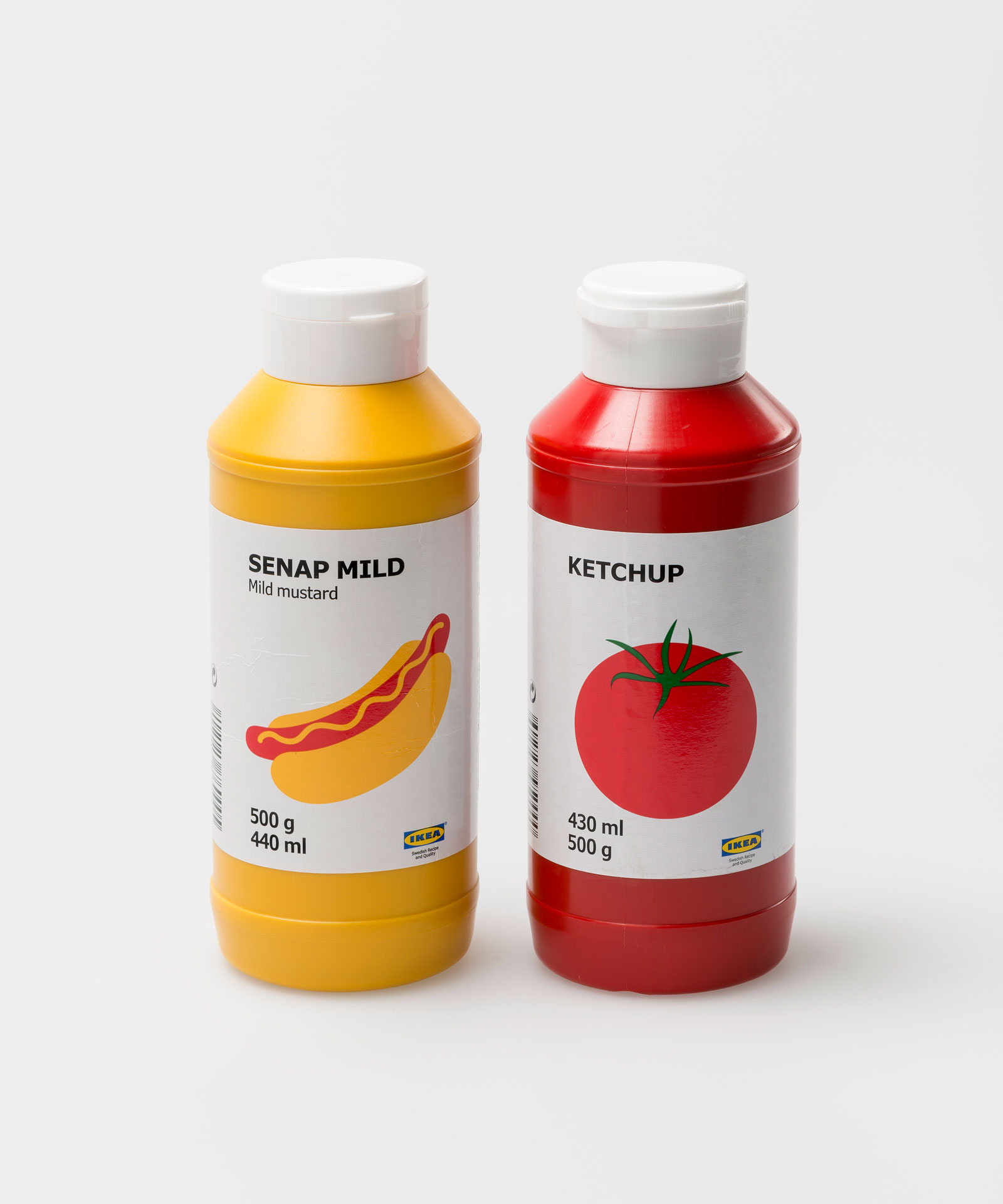 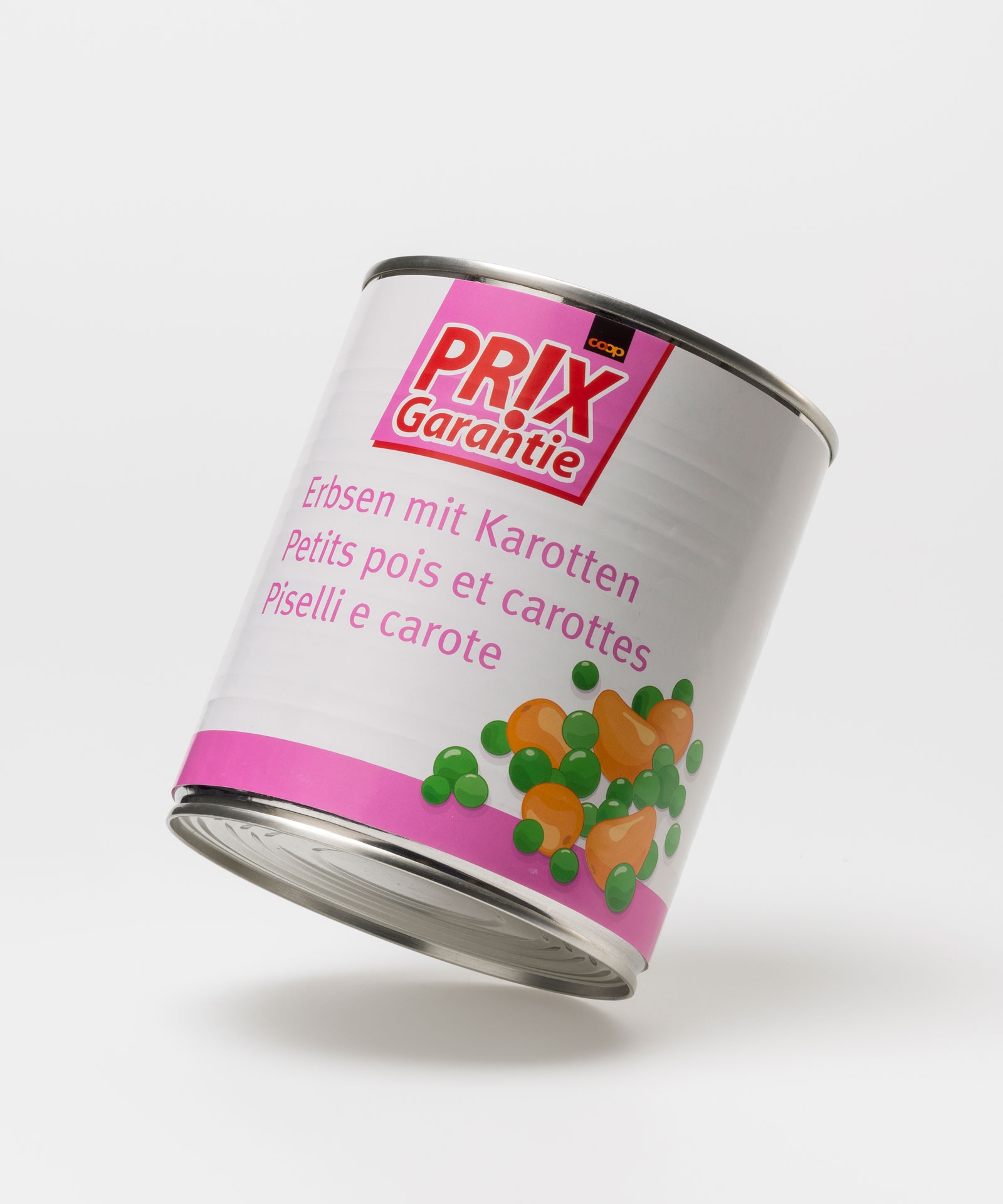 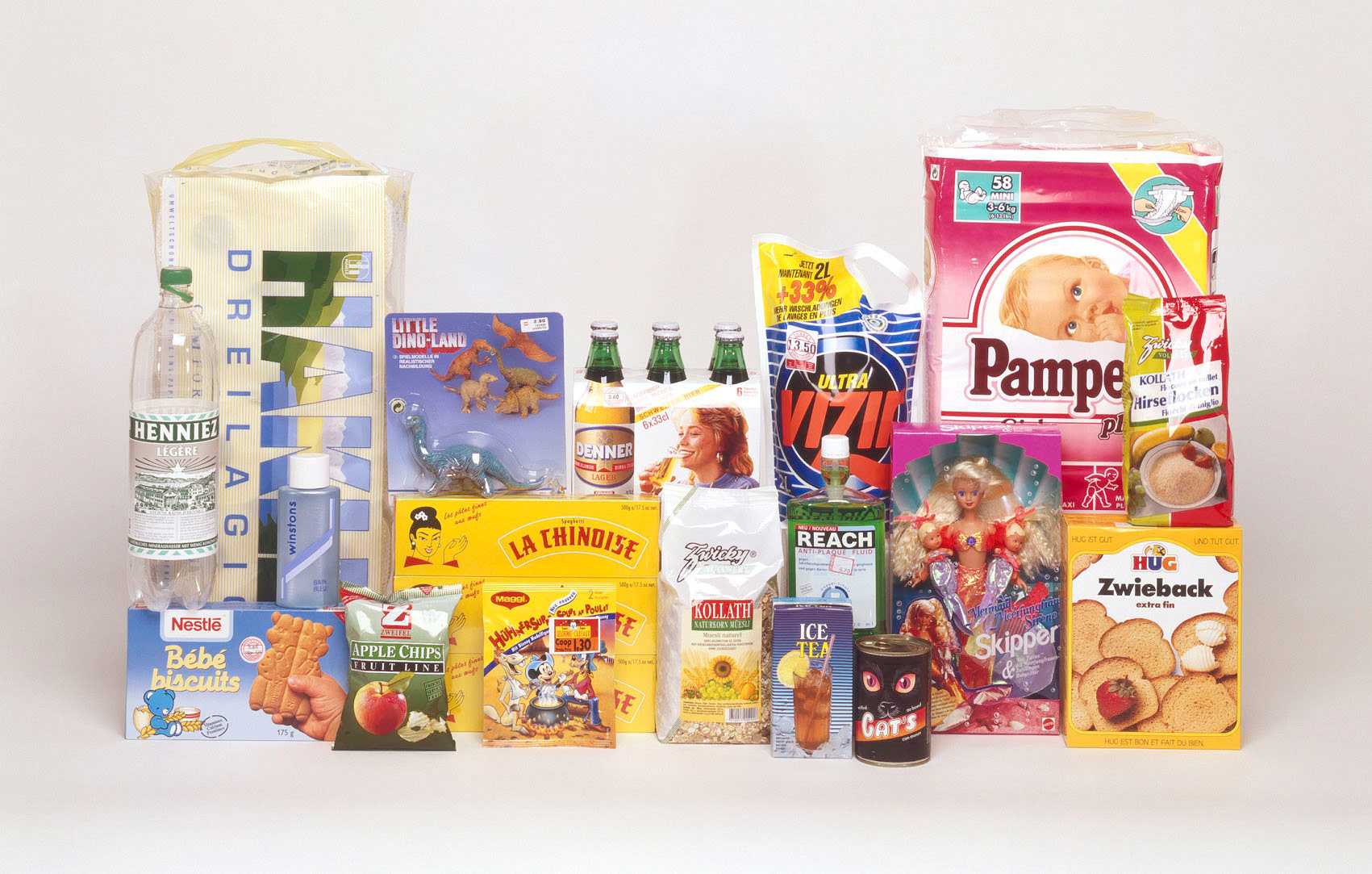 This was what average Swiss supermarket shelves looked like in the nineties. Shopping basket around 1994. Photograph: © Museum für Gestaltung Zürich

They are out of the ordinary: product packaging like M-Budget’s, with its radically reduced aesthetics, is attracting attention — not only on retail shelves across the world but also as an object of design history. Interesting examples of this everyday design culture can be found in the collections of the Museum für Gestaltung Zürich.

Since the introduction of the self-service shop (Migros opened its first one in Switzerland in 1948 on Seidengasse in Zurich), food packaging and thus its design have rapidly gained ever-increasing importance. Graphic design is able to transform simple consumer goods into symbolically charged objects of desire beyond innocent designations and information — for example through eye-catching colours, expressive fonts, and emotionally appealing images.

Abundance has long characterised mass consumption. Against the background of an unmanageable selection of products and competing brands, design has focused on creating distinction, on highlighting unique selling points. A path frequently pursued leads through superlatives and enticing words: references like “of the highest quality” are reflected in elaborately and extravagantly designed packaging. It is a matter of harnessing design and its manifold means to seduce customers into buying.

Manufacturers’ brands and low-price ranges like M-Budget follow a different strategy: they assume an anti-aesthetic that attaches at best ironic importance to common sales factors such as brand reputation or product quality. The motto “Less is more” applies to product selection, price, and design. Their extremely minimalistic visual and materialistic wrapping makes such ranges stand out clearly from the images, messages, and colours of their expressive and emotionally moving conspecifics.

The bright yellow packaging of the Canadian “No Name” brand is associated with a warning sign for chemical toxins rather than with an invitation to consume. Even M-Budget packaging, adorned unwaveringly with a banal pattern and green and orange colour accents, does not necessarily flatter cultivated taste. Its main competitor’s packaging, Coop’s Prix Garantie, is completely white; only the most essential information is printed in a sans serif typeface and kept in uniform mellow pink. Since the 1980s, packaging designed according to the same basic principle has increasingly appeared in Western supermarkets. Whether Carrefour’s Libre range in France, Tesco Value in Great Britain, or AH Basic in the Netherlands — each combines rational pragmatism, plenty of white space, sans serif typography, and a generally minimalist design.

Forward into the graphic past

But designs considered anti-design not only embody the “tight is right” mindset and rock-bottom prices. They are also ambassadors of a reviving essentialism. Paradoxically, it is precisely in terms of design that a great proximity to the high culture of graphic design becomes evident: food packaging’s systematised and restrained design relies on a central element of modernity: International Style.

So is it exemplary? French author and designer Antoine de Saint-Exupéry suggested: “Perfection obviously does not arise when you have nothing more to add, but when you can no longer take anything away.”

Tailored and designed to meet consumer needs, product packaging functions as a seismogram that meticulously and continuously registers social sensitivities and attitudes. In its design collection, the Museum für Gestaltung Zürich holds more than 20,000 packages. This sheer number allows tracing and localising cultural developments and diverse creative approaches. On eMuseum.ch, Switzerland’s largest design and art database, the museum presents a wealth of 20th and 21st century packaging and invites visitors to discover other fascinating examples of everyday design culture.

Selected packaging can be found online at the eMuseum.