Even more is possible! 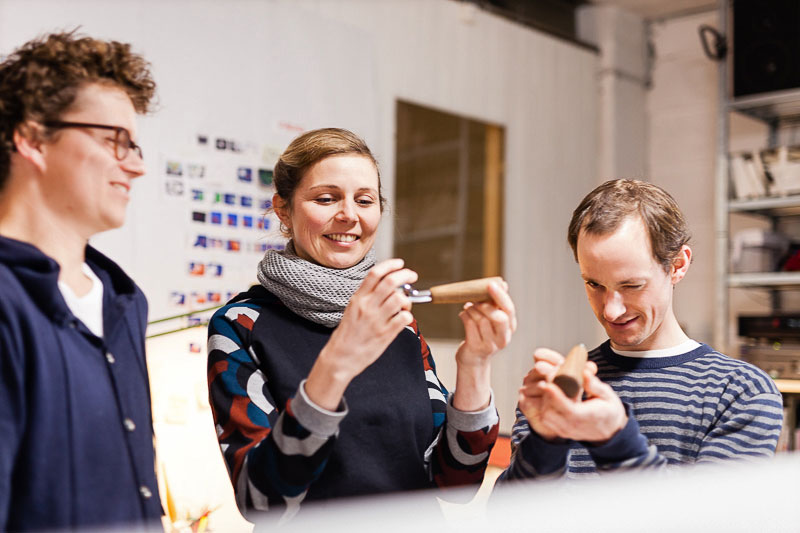 Students and alumni present their projects to a wider audience on ZHdK’s channel of crowdfunding platform wemakeit to raise funds for exciting innovative ventures. In 2016, 27 projects reached their funding target. One project even raised over 70,000 Euros. The members of three crowdfunding campaigns and several crowdfunding experts discuss what counts with this type of funding, which is projected to gain increasing significance for the cultural and creative industries.

According to “Crowdfunding Monitoring,” a study carried out at Lucerne University of Applied Sciences and Arts, over 90,000 people supported a crowdfunded project in Switzerland in 2015. Cultural and creative industry actors raised an estimated 5,5 to 6 million Swiss francs, with that tendency steadily increasing. The Lucerne research directors are expecting 120,000 to 150,000 sponsors for 2016.

The most important crowdfunding platform in the cultural sector is wemakeit. Wemakeit specialises in a form of crowdfunding where backers receive a one-off return on their investment in the shape of products, artistic works, or services. This is called crowdsupporting — in contrast, for instance, to crowdinvesting or crowdlending. ZHdK operates a channel on wemakeit, through which students and alumni can showcase their projects and receive an initial credit of 150 francs from the university. According to wemakeit, the share of projects reaching their target is 78%. By comparison: According to “Crowdfunding Monitoring,” the success rate for 2015 in Switzerland was 64.6% across all crowdsupporting campaigns.

Last year, most funds were raised by ZHdK alumnus and former faculty member Franz Reichle: over 70,000 Euros in a mere six weeks. Reichle wanted to produce a full-length movie through collating historical film footage of conversations between the neuroscientist and philosopher Francisco Varela and the Dalai Lama. Reichle, an old-hand in the film business — he produced his first documentary in 1978 — was a crowdfunding newcomer until recently. Accordingly, he was even more grateful for wemakeit’s intense support. Film funding agencies require 30–40 pages of documentation setting out a project in painstaking detail. “But the people at wemakeit told me time and again that the texts I had submitted were too long.” Not only writing the texts was an elaborate business, but Reichle also wrote to everyone who had ever bought a DVD from his webshop. “I went through feverish 15-hour days for weeks — fixing quick meals and going back to work. Sometimes, I was still in my pyjamas at 9 o’clock in the evening.”

The list of backers gave Reichle special pleasure: “It included former students, who I knew didn’t have a penny to spare. I was very touched.”

Céline Fallet, a community manager at wemakeit, says: “Initially, backing comes from one’s closest friends. Only after the first 30% of the target have been achieved do outsiders start contributing.” For these so-called serial backers, people prepared to sponsor projects from time to time, the rewards on offer are often a crucial motivator.

“I went through feverish 15-hour days for weeks — fixing quick meals and going back to work. Sometimes, I was still in my pyjamas at 9 o’clock in the evening.” Franz Reichle

Reichle regards crowdfunding as a great chance for low-budget films: “There’s no red-tape whatsoever.” Following the world premiere of his documentary “Mind & Life” at the Solothurn Film Days, Reichle is now planning to show his film at festivals worldwide.

Zelia Zadra, a qualified graphic designer and ZHdK alumna, is part of a team of three that raised funds for a different kind of recipe book in 2016 (cooking with wood). Beside the usual channels like social media or e-mail, the “Wood Food” team used a pop-up restaurant, which was operated parallel to the crowdfunding campaign, to advertise the book project. Bills included a small flyer, whose front cover advertised the crowdfunding venture and back cover the restaurant.

Zelia and her colleagues raised slightly more than their targeted 18,000 francs. The very personal rewards (for instance, a bar tour with the team) were well received — but the team spent quite some time after the book’s publication meeting its obligations. Style & Design graduate Zadra: “In a next campaign, I’d be more cautious offering such time-consuming rewards.”

Behind another 2016 crowdfunding success story stands a professional and personal duo: Carina Fischer and Lukas Baumgartner met on their industrial design course. Via ZHdK’s noticeboard, they met environmental engineer Moritz Güttinger, who was toying with the idea of launching a Swiss espresso machine that would cost less than 1,000 francs and make really good espresso.

“As an industrial designer, you’ve got lots of ideas. The good thing about crowdfunding is that you know from the start whether the market is interested in your project.” Carina Fischer

Not only did the prototype work a treat a year later, but it also looked appealing. To fund the first series upfront, Moritz Güttinger launched a crowdfunding campaign. Thanks to an article in the Tages-Anzeiger, the targeted 30,000 francs were raised within seven hours and orders for no less than 35 machines had been placed. Carina Fischer: “As an industrial designer, you’ve got lots of ideas. The good thing about crowdfunding is that you know from the start whether the market is interested in your project.” Besides making the adjustments for the second series, the Zuriga designer will be spending 2017 developing a customised coffee mill to go with the machine. 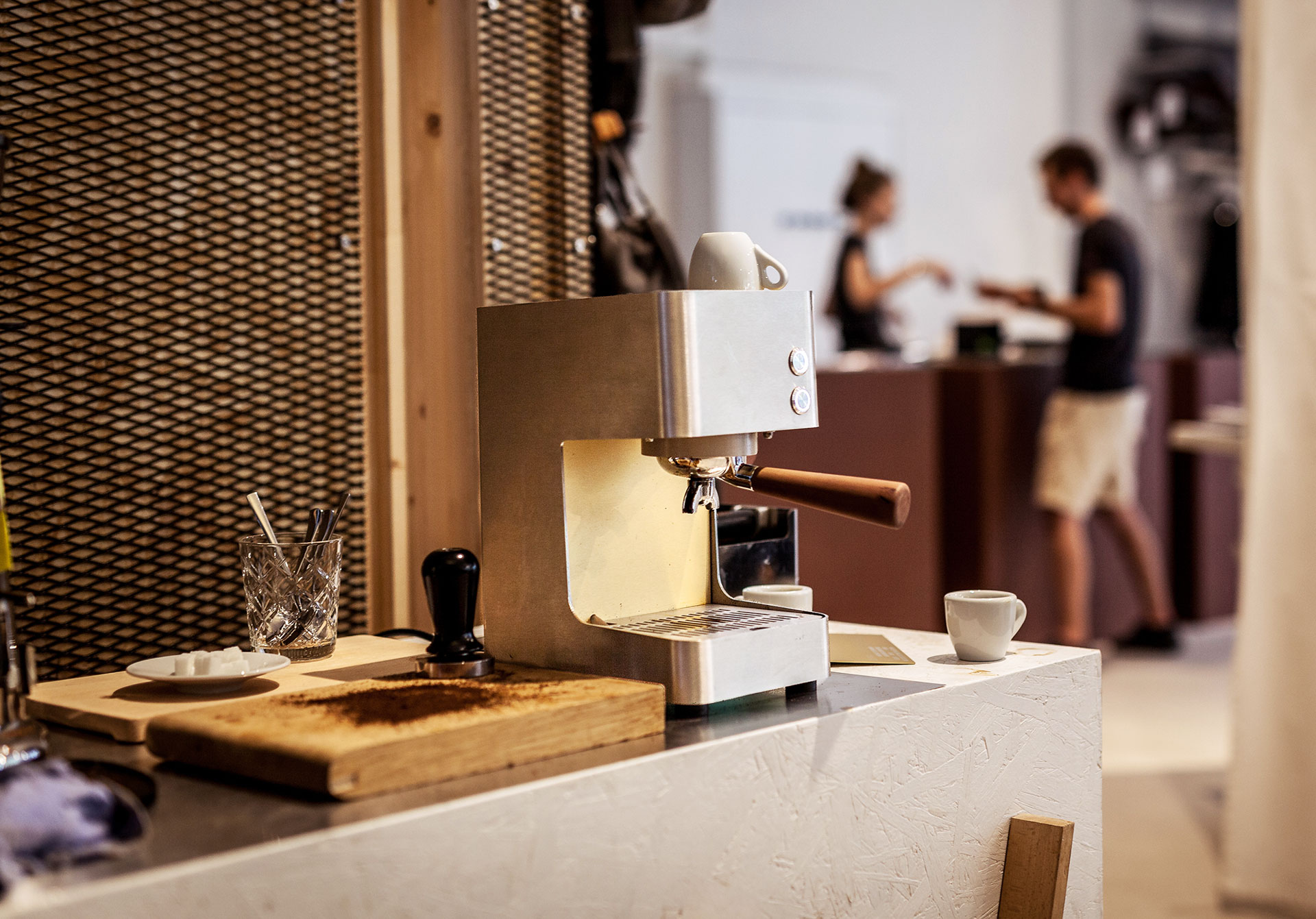 For Philipp Kotsopoulos, head of ZHdK’s start-up and project platform Z-Kubator and a crowdfunding expert, the Zuriga story is exemplary: “Mind you, I believe that even more is possible in the product sector.” The record wemakeit project “FreezyBoy” confirms this: Three Lucerne-based designers recently raised 310,000 for their innovative composting bin.

“The project must be presentable in a short and concise video.” Philipp Kotsopoulos

Kotsopoulos explains that crowdfunding is especially important for students because foundations seldom fund Bachelor’s and Master’s projects: “Foundations believe that grant bodies and universities are responsible for supporting students.” Moreover, crowdfunding has the added benefit that spreading the word about a project begins with the campaign launch. Given so many advantages, what kind of projects is crowdfunding less suitable for? Kotsopoulos says that crowdfunding reaches its limits when projects are more complex: “The project must be presentable in a short and concise video.”