Extending dance and theatre through disability 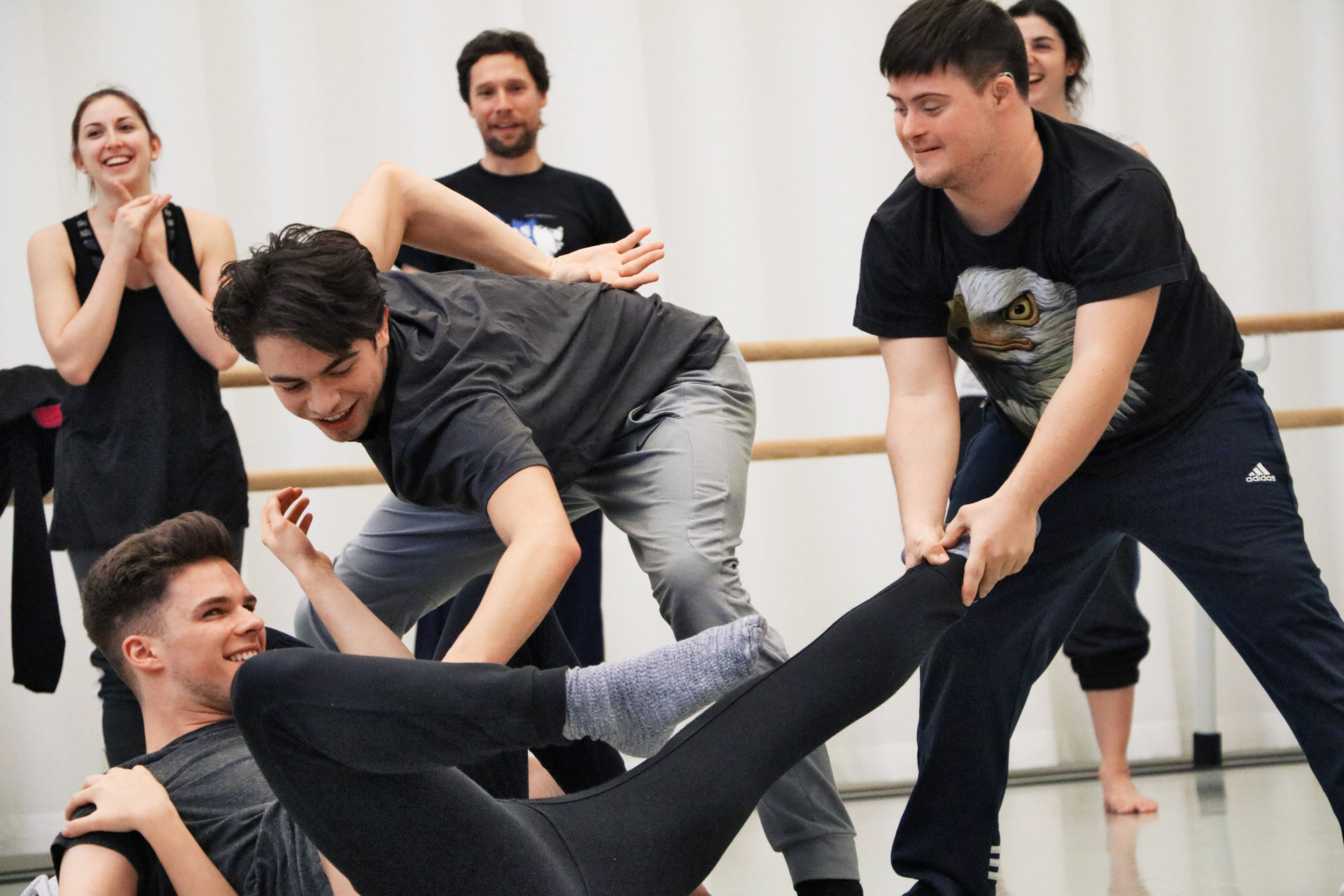 The “DisAbility on Stage” research project

Judith Hunger: How did you become interested in this field?
Yvonne Schmid: Well, that goes back to my Master’s thesis, which I completed in 2008, when I first began researching authenticity and presence on stage in connection with lay actors in professional theatre. My work led me to look at theatre involving people with disabilities. One pivotal experience was a performance by CandoCo Dance Company in London, one of the leading companies in the field, which integrates people with disabilities into its productions. I wondered whether similar companies existed in Switzerland. To my surprise, I discovered a very lively theatre and dance scene. There were festivals like “wildwuchs” in Basel and established ensembles like the Kompagnie BewegGrund in Bern, Danse habile in Geneva, and Theater Hora in Zurich. These ventures sparked my interest and I wanted to find out more about these companies’ creative processes and the people involved. Signing up as an assistant director seemed the right path and gave me profound insights into practice.

Where does your research project — “DisAbility on Stage” — start?
Overall, current theatre and dance practice in this field is changing. Various questions are being asked: What is specific to disability on stage? And what exactly does it involve? Performers with disabilities receive awards and prizes, but there are hardly any directors or choreographers with disabilities. This is the starting point for our project. We are aiming to advance this development by researching the new aesthetics of stage directing in the context of a theatre experiment called “Freie Republik HORA,” which involves directors with cognitive disabilities.

What does DisAbility mean?
The term refers to theatre and dance artists with various kinds of disability. Ability is written with a capital A in the project title to indicate that the term needs to be understood as an aesthetic extension of the existing movement repertoire and of the language of theatre. Also, we want to focus greater attention on ability rather than disability.

Which stage does your project title refer to?
The theatre and dance stage. But then, of course, people with visible disabilities are permanently on stage. They attract attention in daily life and must constantly “perform” in one way or another. People with so-called invisible disabilities are also good performers because they are permanently trying to hide or overplay their disability. This also raises the question how disability on stage manifests itself.

People with visible disabilities are permanently on stage. 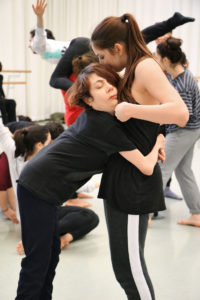 What effect do disabled actors have on audiences?
Our project explores not only how a performance works with the audience, but also how actor-director communication does in the rehearsal process. I find it very difficult to say how this form of theatre affects the audience because one quickly falls into clichés like “strong presence” or “immediacy.” We shouldn’t forget that Theater Hora actors are well aware of being on stage and of what they are doing. They are professionals.

Is there anything that you have found particularly moving?
I’ve been deeply impressed by those members of Theater Hora who have tried their hand at directing. Especially how they discover their own approach to directing and how they bring it to the stage. The Hora members have different cognitive impairments — Down syndrome, a learning disability, or Asperger’s. What two disabled performers told me recently has been on my mind ever since. Along with some of our Master’s students, they took part in a subproject of “DisAbility on Stage” at the Accademia Teatro Dimitri in Verscio. They told me that they would like to study at the Accademia and to establish their own company. This made me realise just how interested these performers are in assuming authorship.

Of course, it would be great if more people with disabilities were actively involved in higher education.

What is the aim of your project?
Apart from our interest as researchers and artists, we are primarily seeking to raise awareness of this kind of theatre at universities. Our research addresses disability as an issue to be considered in the theatre and dance education offered at arts universities. For instance, it was an exciting experience for students and faculty when dancers with disabilities spent two weeks on campus working with members of the Bachelor of Contemporary Dance. Sessions were run by Emanuel Gat and also involved our research team. This stage lab will be performed at festivals across Switzerland as part of “IntegrART,” an arts project funded by Migros-Kulturprozent.

Do you have a vision?
Of course, it would be great if more people with disabilities were actively involved in higher education. This is much more self-evident in the US or the UK, where people with disabilities pursue regular taught courses and earn degrees. There are also exciting projects in Belgium and the Netherlands. And there are individual examples, for instance, the German actress Jana Zöll, a permanent member of Darmstadt State Theatre who has brittle-bone disease. She studied at the Academy of Performing Arts in Ulm.

Funded by the Swiss National Science Foundation (SNSF), “DisAbility on Stage” (2015–2018) is a research project based at ZHdK’s Institute for the Performing Arts and Film. It researches theatre and dance practices involving disabled performers. The research team has several cooperation partners, including various universities, theatre and dance companies, and festivalsacross Switzerland. The three subprojects focus on performer training, staging processes, and audience responses.
blog.zhdk.ch/disabilityonstage
www.integrart.ch/de/disability-on-stage 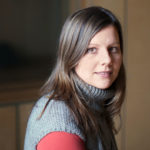 Dr. Yvonne Schmidt (yvonne.schmidt@zhdk.ch) is a ZHdK lecturer and head of the research project “DisAbility on Stage.”
Judith Hunger (judith.hunger@zhdk.ch) is responsible for communications at the Department of Performing Arts and Film, Zurich University of the Arts.
Teile diesen Beitrag: