Thinking at the edge 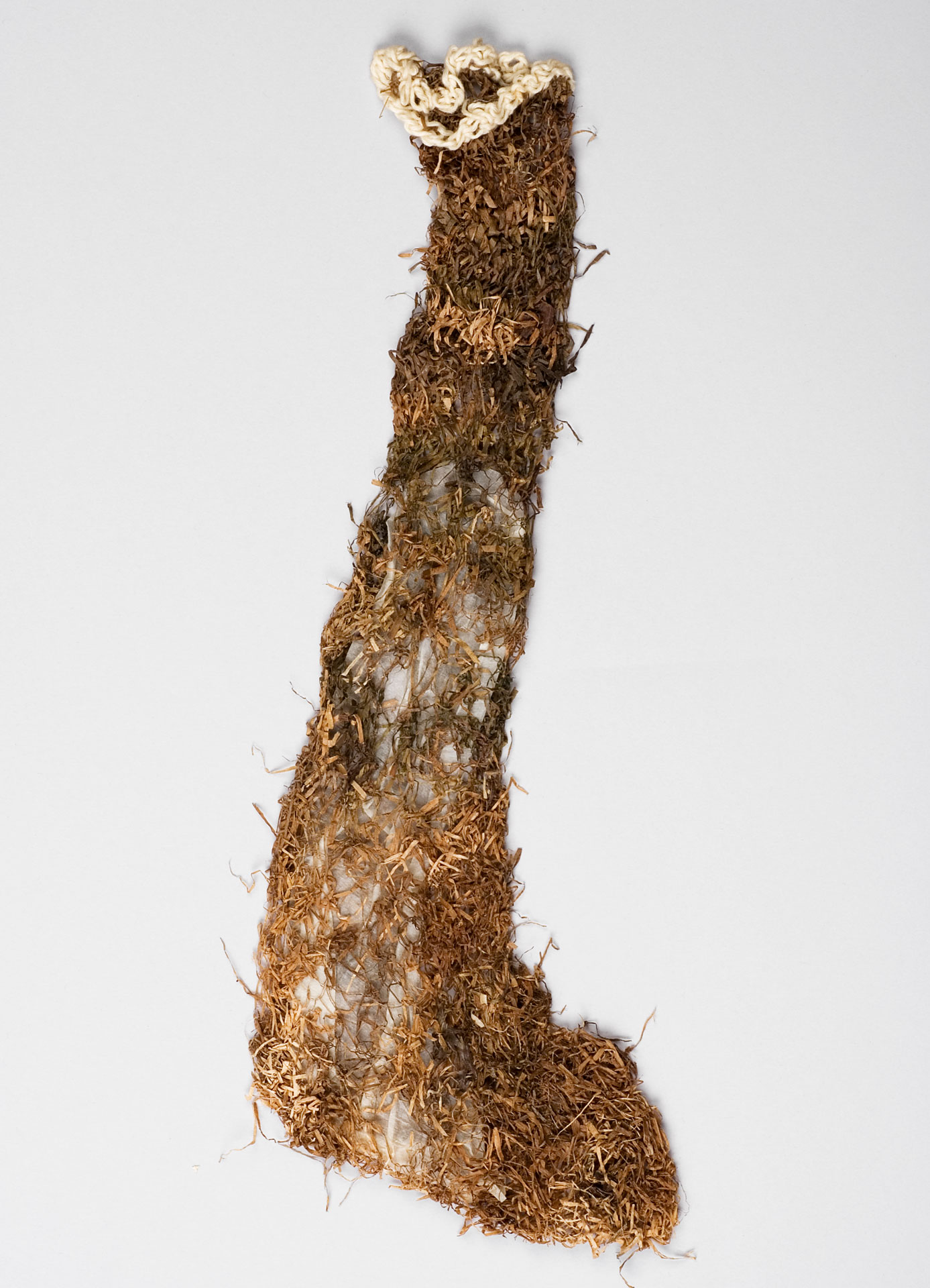 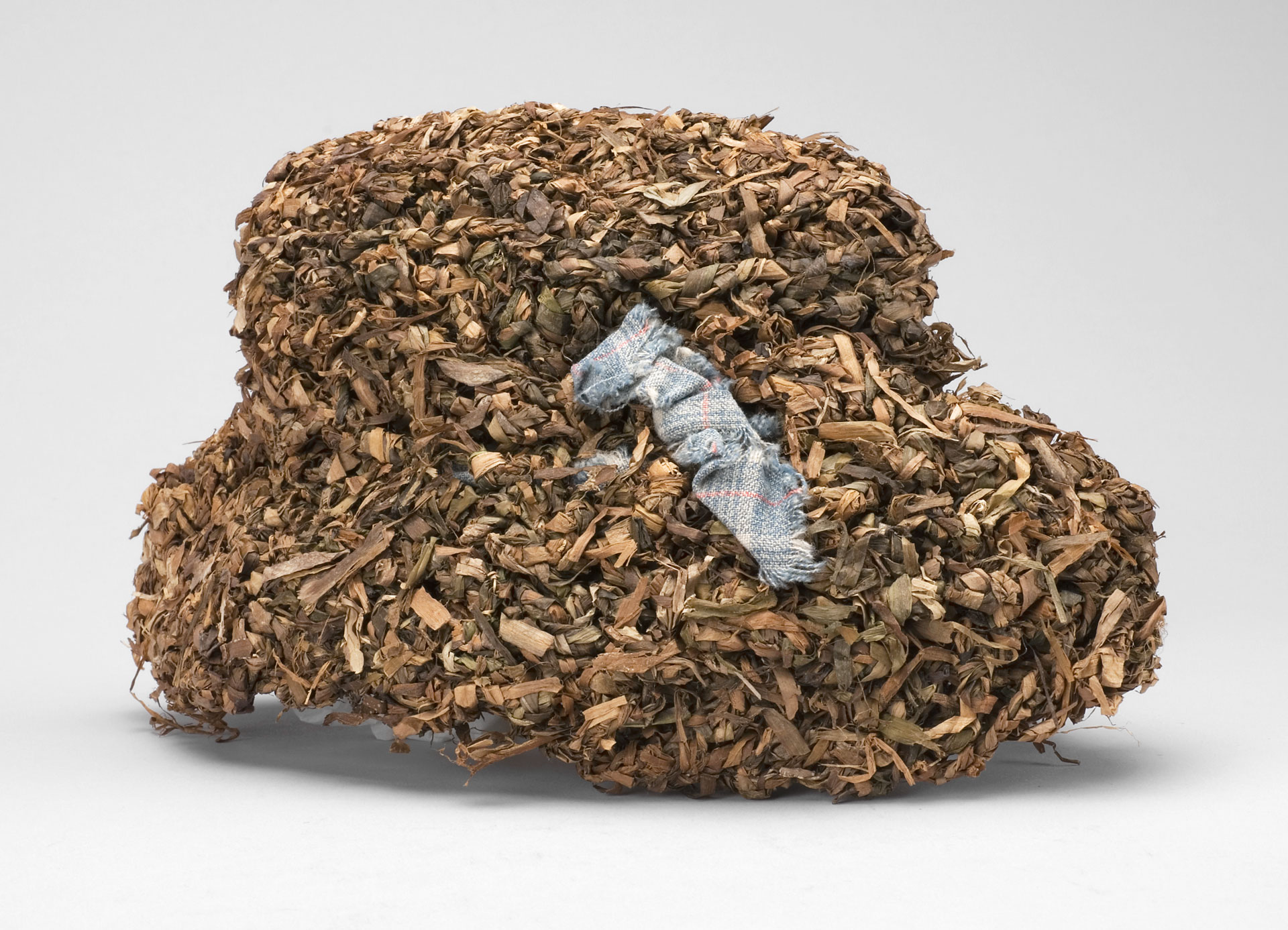 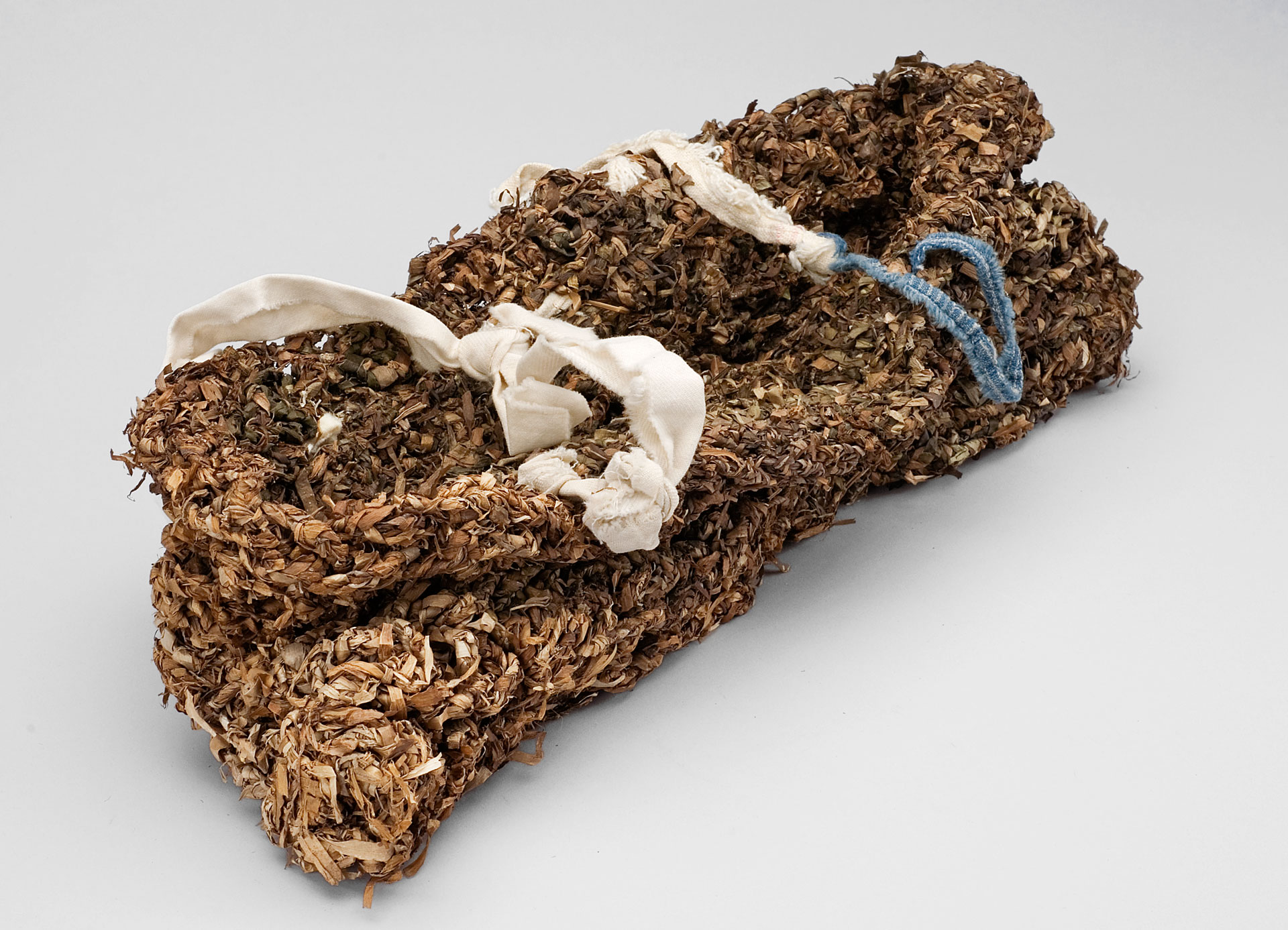 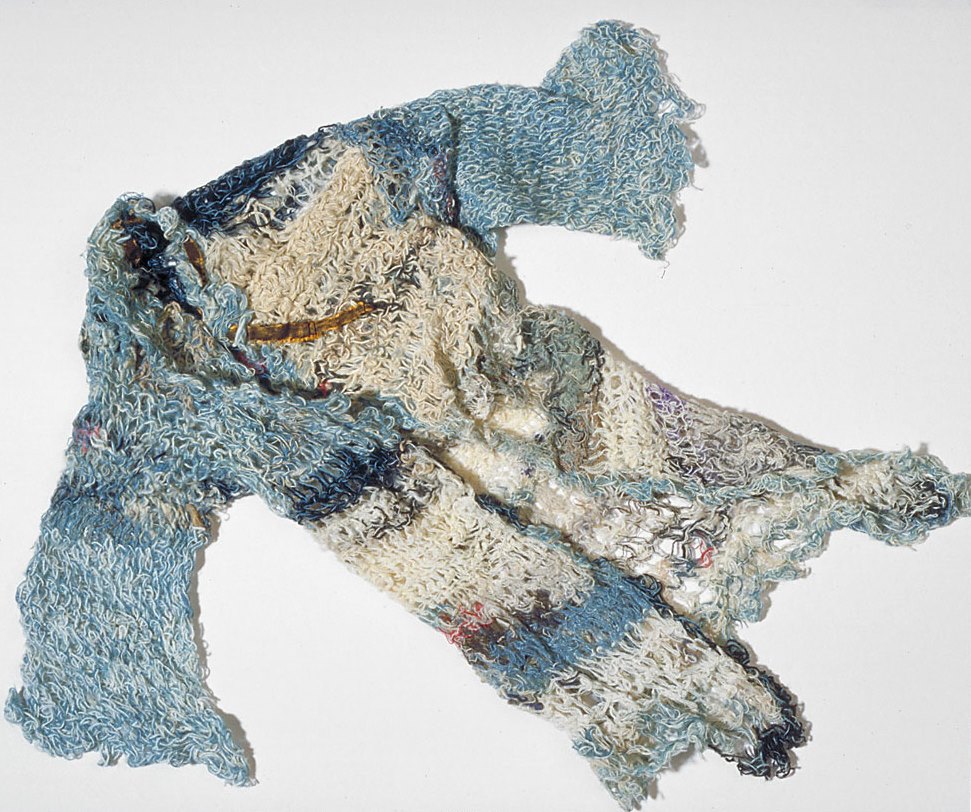 Thinking at the edge

A cultural analysis of art and madness

Katrin Luchsinger has spent ten years exploring works of art that were produced under special circumstances: in turn-of-the-century Swiss psychiatric hospitals. Her seminal research forms the basis of her doctoral dissertation — a study that reaches far into and illuminates cultural history, the medical humanities, and cultural studies.

Katrin Luchsinger’s research counters the oblivion into which the works of art produced in Swiss psychiatric hospitals at the turn of the century would otherwise fall. It also opposes the tendency toromanticise the relationship between art and madness. “One of my main concerns is to mystify neither the work nor its creator,” says Luchsinger, who has been teaching at Zurich University of the Arts for 17 years. The exchange between experimental psychology and fine art in this period of radical change is too complex, and the grip of psychiatry on inmates and aesthetic categories too far-reaching, to give simple answers to what distinguishes these works. Unearthing what characterises heterogeneous objects such as embroidered art, technical drawings, or illustrated books — which were excluded from late-nineteenth and early-twentieth-century discourses and that lacked any means of reaching out directly to a broad audience — has called for painstaking seminal research. This began with a pivotal experience: “I entered Rheinau Abbey, which is located on an island in the Rhine River, where the former sanatorium had just closed down. In the empty clinic, I came across a large collection of objects. Collected and stored in cupboards and filing cabinets, these objects had remained hidden from view until now. I was overwhelmed by the many touching works. And I knew that a lot could be done with this material.”

“One of my main concerns is to mystify neither the work nor its creator.” Katrin Luchsinger

Actually, though, the qualified art and drawing teacher, who had gone on to study special needs education and spent nine years doing creative work with children in therapeutic settings, had had enough. She had just graduated with a degree in art history and psychology and was teaching future arts and crafts teachers. “I had had enough. I thought that earning three qualifications was enough. But the objects and works were so incredibly dense and contained such a wealth of creativity that I felt compelled to discover them.”

Images negotiate their site of production

After her discovery at the former abbey, and funded by the Swiss National Science Foundation, Luchsinger and a team of researchers from ZHdK’s Institute for Cultural Studies undertook two research projects entitled “Preserving Special Cultural Assets I and II.” From 2006 to 2008 and 2010 to 2014, the team produced a comprehensive image database. How many collections of such works exist in Switzerland? What do they contain? How accessible are they? Luchsinger’s dissertation explores which psychiatrists took an interest in these works, who collected them, who wrote about them, and how they were classified. “Given so much contextual material, getting through to the works themselves sometimes proves difficult,” she says. Her work aims to separate the works from natural scientific diagnoses and to sharpen an art-historical view of the works and their conditions of production. “The actual backbreaking work was to find out what kind of place the clinic is. What kinds of mental institutions are we dealing with? What rules are there? What does so-called treatment look like?” Luchsinger worked her way through the intricate social context to reconstruct how inmates, who were excluded from contemporaneous discourses, managed to aesthetically negotiate that place from which their works emerged. Around 1900, patients admitted to psychiatric hospitals were forced to give up their civil rights and were disenfranchised.

So how could inmates get a chance to speak for themselves? How could and did they take part in what Michel Foucault has called the “production of knowledge”? One needs to understand the conditions under which the works were created, or what Luchsinger calls a “resonance chamber”: “One needs to find out which daily routines existed, where did the materials come from, where was the work produced?” Through painstakingly detailed research, Luchsinger has attempted to reconstruct everyday life in the clinic, which is so important as a reference system for classing the works and thus putting them into perspective. Patient files have partly been blackened; to safeguard the rights of former patients, thorough investigation remains complicated. Many archives contain curriculum vitae written by patients, descriptions and drawings furnished by psychiatrists, and photographs. “These old archives abound in the production of meaning!” They contrast sharply with the current taxpoint system deployed in the health sector and with heavily sedated patients. This also explains why Luchsinger is committed to preserving these special cultural assets. Today and in the past, patients mostly found no way back into their former life. This reveals just how important these objects became for them.

Works for the public

The first collections of artworks produced in psychiatric hospitals were established around 1870. Psychiatrists, psychologists, and artists engaged intensely with concepts of the image. Later, after 1910, the question arose: Is our era schizophrenic? The internal perspective of the clinics, the first exhibitions of “art des fous” (art created by the insane), the reception of these works by the avantgarde movement, especially in Primitivism — all these factors encroached on the clinics, and interactions now began occurring between the art world and psychiatry. Did the drawings from the clinics contribute to these fields of interest? During her research, Luchsinger discovered that the works contain hints that they were meant to be printed, published, and exhibited: “One can’t disenfranchise people, isolate them, lock them up, and believe that this will not affect their work.” Because one can’t not answer, unless one resigns oneself to one’s predicament.

Luchsinger discovered that the works of clinic inmates contain hints that they were meant to be printed, published, and exhibited.

Works from psychiatric hospitals were the subject of intense study after Harald Szeemann’s Documenta 5 in 1972; at the 2013 Biennale, C.G. Jung’s Red Book, which was displayed in the entrance hall like a sacred work, played a significant role. Luchsinger hopes that more archives and museums that collected “art des fous” at the time in Germany, France, Italy, and Great Britain will now begin exploring the works and create inventories, to help international discussion gain momentum. Now that her dissertation has been published, Luchsinger can close the cupboards and filing cabinets that she first opened at Rheinau Abbey in 2004. She concludes: “An image is never the expression of a mental disease. Instead, it negotiates the circumstances of its production and always represents a complex cultural achievement.” Her extensive cultural analysis is powerful enough to radiate into other fields of enquiry: cultural history, the medical humanities, and cultural studies. It is also powerful enough to stimulate ethical and aesthetic debate.

Everyday materials shaped into art The images gathered here show works created by Lisette H. (1857–1924) out of varec, a washable algae. It was used as filling in the sleeping bags given to patients in isolation cells. Varec, which stuck together after washing and drying, was “unpicked” by patients. Lisette H. also unpicked varec as part of her work therapy. She kept some of the material for herself, to knit or crotchet pretty tights, hats or children’s jackets — reminiscences of her earlier life as a bourgeois woman, housewife, and mother of three children.Janine Schiller (janine.schiller@zhdk.ch) is a cultural studies scholar and architectural historian. She teaches cultural journalism on the Master of Arts in Art Education, Zurich University of the Arts.
Teile diesen Beitrag: