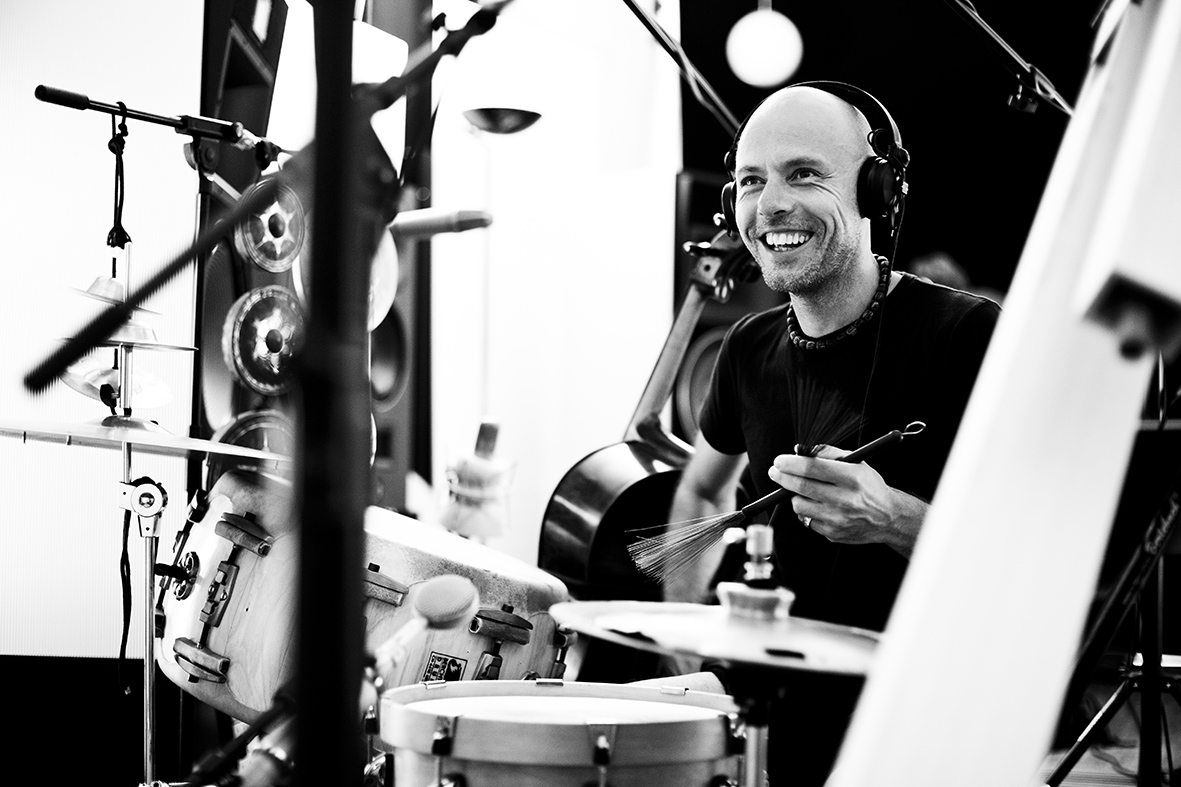 Seeking to expand the definition of the musician: Gregor Hilbe. Photograph: Thomas Radlwimmer

Gregor Hilbe has been head of Jazz/Pop at ZHdK since September 2016. The drummer and lecturer talks to Daniela Huser about what drives him, about the manifold potentials of laboratories, and why his curiosity doesn’t stop outside any of the campus concert halls.

Daniela Huser: What made you become head of Jazz/Pop at ZHdK?
Gregor Hilbe: I found the idea of co-creating real production spaces in a transdisciplinary environment very appealing. Working on the Jazzcampus at Basel’s Academy of Music was wonderful. I had such a close relationship with Basel all those years, but the Toni Campus has opened up almost unparalleled action spaces. Our lecturers are very dedicated. I experience my role as head of programme as a creative process within and with a community in which so many interesting issues and questions become possible. There’s lots of room and so many spaces for curiosity here.

Which visions drive you, and what would like to achieve?
I’d like to offer the diverse cultural landscape here at Toni a laboratory. One of our future goals is to expand the definition of the musician. This should not be confined to teaching and concert performances, but also needs to involve social, administrative, or therapeutic processes, which shape the manifold occupational images within the field of music today. One attractive vision is to set up a cross-disciplinary programme in producing/performance that would enable and promote new occupational images.

Are there projects, plans, or desiderata for the Mehrspur Music Club?
My wish would be to use the “Mehrspur” even more than now as a project development lab. In the envisaged “Teacher’s Lab,” for instance, faculty will be able to test new ideas together with students. The space ought to provide processes aimed at new inventions with an opportunity to flourish. On balance, the “Mehrspur” ought to become a place of discovery even more than it is now, allowing students to actively involve themselves in the playlist. Concerts should bear our signature as a “music manufactory” even more noticeably than it does at the moment. We also want to enhance audience frequency. The club is an open space for students, who need to bring it to life themselves. Our future plans also include playing an active and reflective role within electroacoustic improvisation and to develop this role in lab evenings. Desiderata for the next couple of months include making our “Mehrspur” and masterclass activities better visible on campus and improving sound quality at the music club.

When and where can one see you in action as a musician on campus?
Currently, especially at the “Mehrspur,” but in future possibly also in collaborations in the composition studio at the Institute for Computer Music and Sound Technology or wherever new currents and constellations are in the offing. As a musician, I see myself at the same time as a listener, who just as much enjoys spending time in the organ hall or attending performances in the concert halls around campus.

Daniela Huser (daniela.huser@zhdk.ch) is responsible for communications at the Department of Music, Zurich University of the Arts.
Gregor Hilbe, born in 1968, studied at Graz University of the Arts. He has lived in Paris and London. From 1999 to 2016, he directed the drumming class at the Jazzcampus, Basel Academy of Music, and the Master in Producing/Performance, which he founded.
www.gregorhilbe.com
Teile diesen Beitrag: