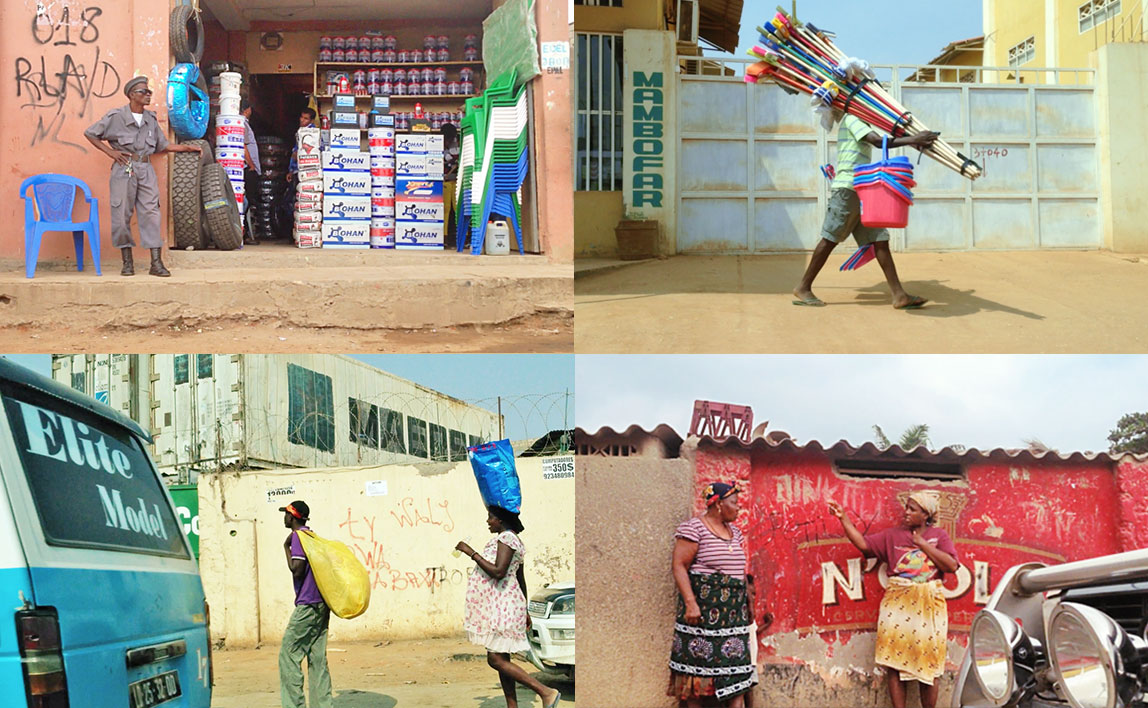 Francis Müller, what are musekes?

In Kimbundu, a Bantu language, musekes are “a sandy place,” the non-asphalted, informal districts of Luanda, the capital of Angola. Contrasts are stark in the musekes, where people from highly diverse social classes, religions, and ethnic groups live in close proximity, but whose mindsets are very far, indeed cosmically, removed from each other. Thus, the locals constantly face other ways of interpreting the world and alternative ways of life, which promotes a sense of contingency and creativity. Accordingly, they often have individualistic values and perform creative micro-practices— despite living in abject poverty. One example of this creativity is Kuduro, a dance that emerged in the musekes in the 1990s. Kuduro means “tight bottom” or “hard ass” and refers to a film scene in which muscle-man Jean-Claude van Damme dances with two women and shakes his behind. This movement was picked up and imitated by the locals. Kuduro is danced by landmine victims and polio sufferers while physically undamaged performers imitate the spastic movements of those with disabilities. Kuduro is based on imitating and miming the lifeworld. Charles Horton Cooley’s still-current concept of the “looking-glass self” explored dance as a form of culture as early as 1902.

Dr. Francis Müller (francis.mueller@zhdk.ch) teaches design ethnography and sociology at ZHdK’s Department of Design and at the University of St. Gallen (HSG).
Francis Müller, Mit Behinderung in Angola leben. Eine ethnografische Spurensuche in einer von Tretminen verletzten Gesellschaft, transcript Verlag, Bielefeld 2016. This publication was selected as one of the “Most Beautiful Swiss Books” of 2016 at a competition organized by the Swiss Federal Office of Culture. The book was designed by Hammer. Hammer are ZHdK alumni Sereina Rothenberger and David Schatz. Dr. Müller’s ethnographic account is introduced by a photo gallery, in which the Angolan Domingos Joao Pecho Bernardo portrays his everyday world. It also includes reflections by Bitten Stetter.