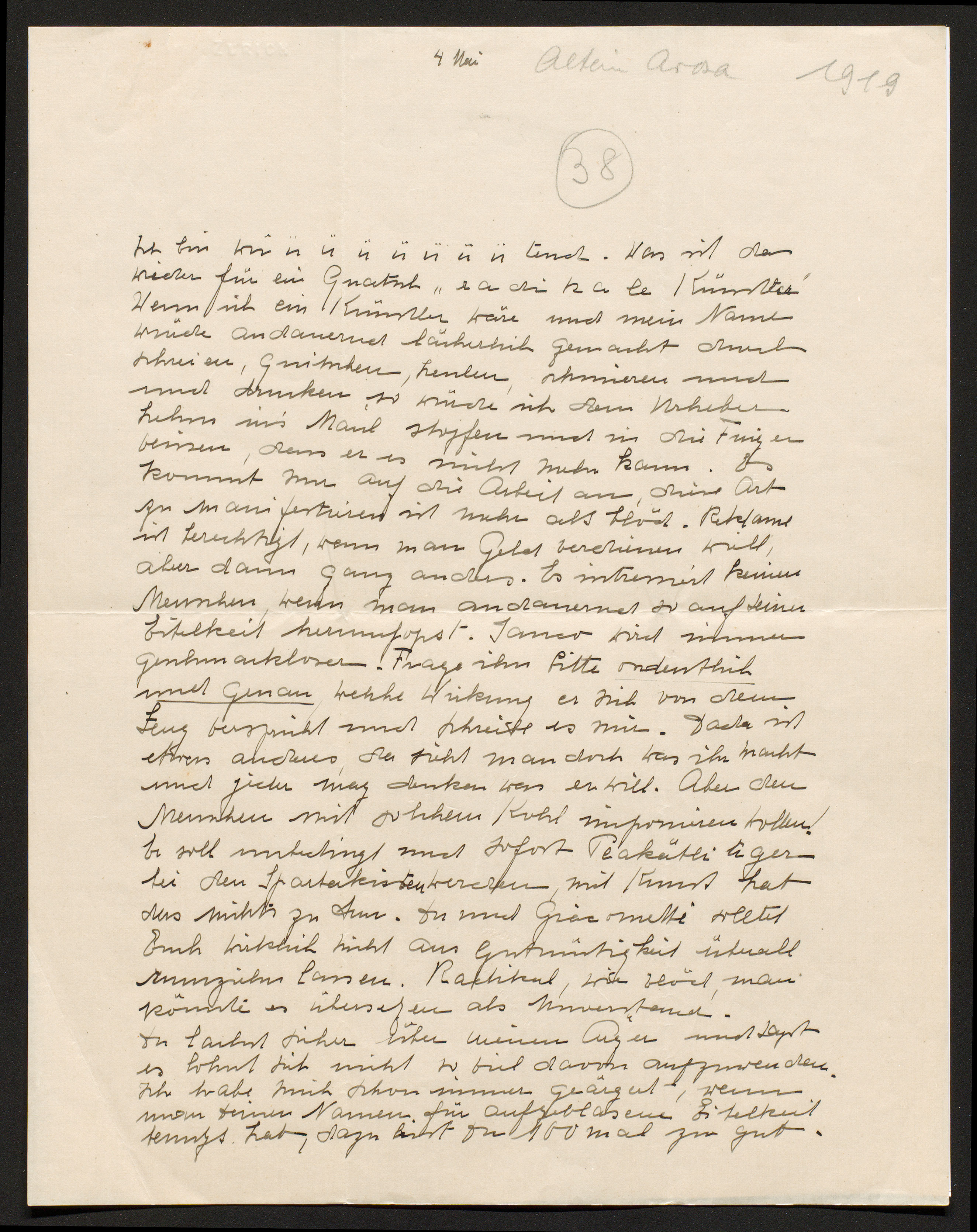 Sophie Taeuber-Arp: “I am so angrrrrrrrry”

“I am so angry. What nonsense is this talk of the ‘radical artist.’ If I were an artist, and if my name were being constantly ridiculed through screaming, screeching, howling, smearing, and printing, I would stuff mud in the mouths of those responsible and bite their fingers to put an end to their mischief. All that counts is the work of art, whereas such manifestations are more than silly. Publicity is justified if one wants to make money, but this is a different matter. Nobody whatsoever is interested if one keeps hopping up and down on one’s vanity. Janco is becoming more and more tasteless. Please ask him, in an orderly and precise manner, what effect he believes this stuff will have, and please request him to write to me. Dada is something else. It is plainly evident what you are doing, and everyone is free to make of it what they want. But striving to impress people with such rubbish! He should market the Spartacists, but that has nothing to do with art. You and Giacometti should not let yourselves be dragged around out of goodwill. Radical, how daft! It could be translated as ignorance. I am sure you are laughing at my annoyance and will tell me that it is not worth expending quite so much of it. I have also been vexed when your name is used to serve someone’s inflated vanity. You are a hundred times too good for that.”

Sent by Sophie Taeuber-Arp to Hans Arp from Arosa on 4 May 1919, this letter is held at Zurich Central Library and has been reprinted in: Sigrid Schade, Medea Hoch, Walburga Krupp: On Sophie Taeuber-Arp’s Artistic Career and Understandig of Herself: A first reading of her letters from the 1910s. In: Sophie Taeuber-Arp – Today is Tomorrow, published by the Aargauer Kunsthaus and Kunsthalle Bielefeld, 1st edition, Scheidegger & Spiess, Zürich 2014, pp. 259–266. English translation: Mark Kyburz
Postcards and other self-testimonies by Sophie Taeuber-Arp are the subject of an editorial project at ZHdK’s Institute for Cultural Studies in the Arts: “Sophie Taeuber-Arp publishing project”
www.zhdk.ch/ics
Caroline Süess (caroline.sueess@zhdk.ch) is head of PR and Media at ZHdK University Communications and a cultural sociologist.
Teile diesen Beitrag: