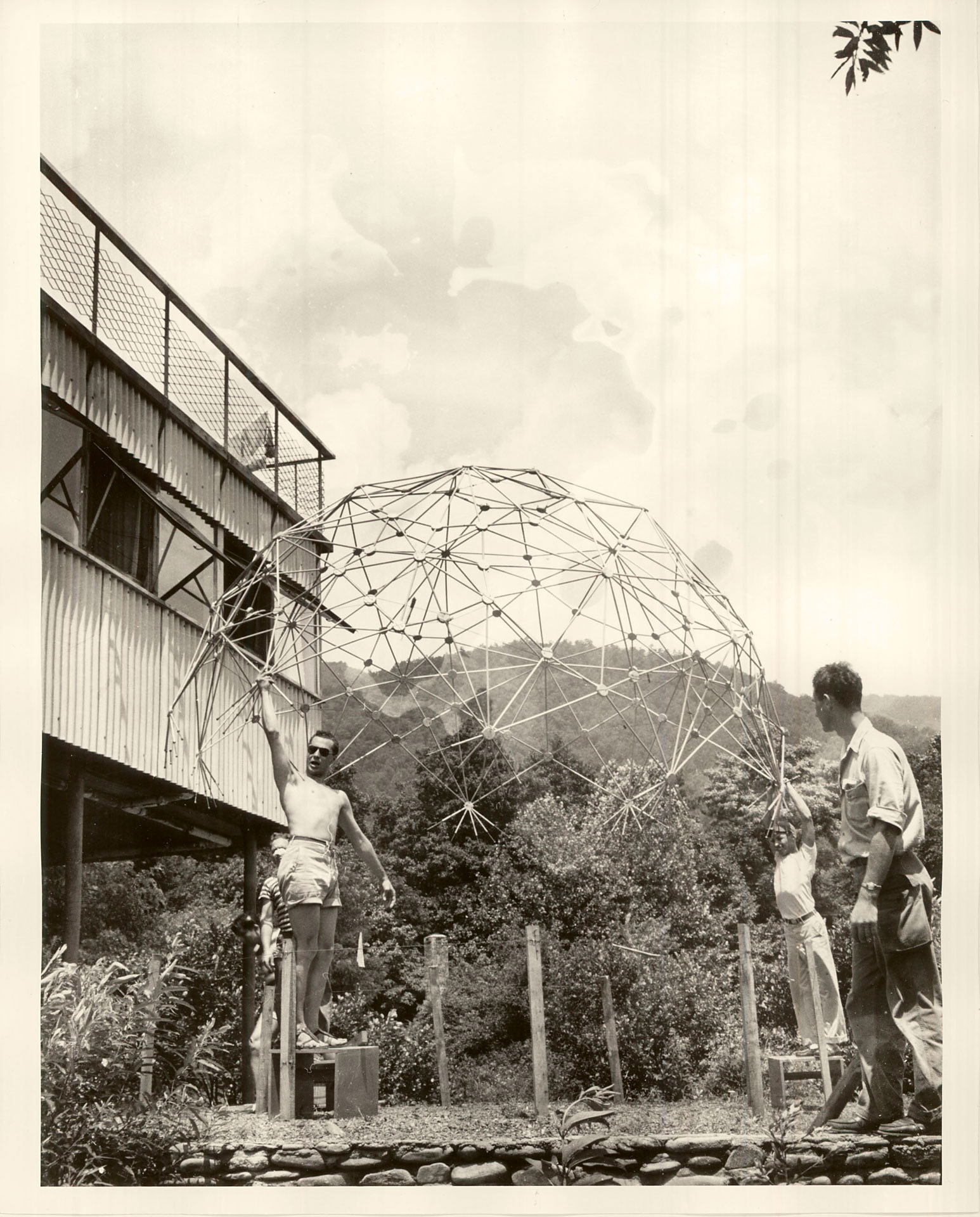 Jochen Kiefer, what is the Black Mountain College?

Several things, actually: experimentation as experience, democracy-based communal living, an interdisciplinary outlook, self-determination among teachers and students, art and design practice as a means of rebuilding and further developing society. Founded in 1933 at the foot of the Black Mountains in North Carolina, the college functioned as a lived utopia for two decades and has remained a projection screen for artistic and social projects to this day: in sum, a school as a vanishing point of good and proper modernity. Against the background of various German-emigrée Bauhaus exponents, John Cage performed his first happenings here, Merce Cunningham founded his dance company, and Buckminster Fuller devised his “geodesic domes.”

This sounds almost too good to be true. I therefore see the Black Mountain College (BMC) as a sort of wishing machine. Thus, if we are soon going to be curating the works that emerged from the BMC at ZHdK, we will not only be exhibiting BMC artefacts and documents (its cold lava, so to speak), but will also be confronting the desire for repetition, the reenactment of experiments, performances, and didactic gestures — knowing very well that doing so will always constitute a transformation of history and thus rather the hot medium of self-understanding as a kind of archaeology.