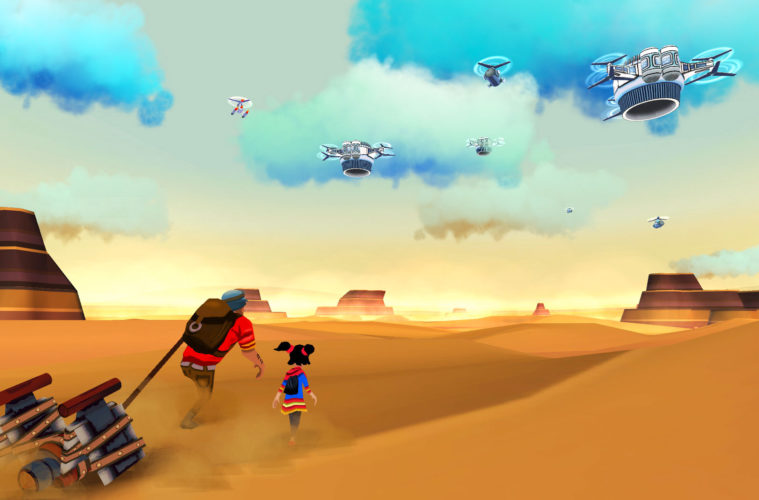 “Cloud Chasers,” a game about the theme of migration from a child’s perspective, masterfully blends reality and fiction and has attracted great international acclaim. Tabea Iseli explains why serious games also ought to be fun. The ZHdK Game Design graduate was responsible for developing the prize-winning game at Blindflug Studios.

Maike Thies: What is “Cloud Chasers”?
Tabea Iseli: Well, it tells the story of the farmer Francisco and his daughter Amelia. They live in a world — very much inspired by ours — in which the privileged few have left the planet to live in floating cities. This colony of heavenly islands reaps the clouds in the sky, leading to less and less rainfall on earth. Forced to give up his farm, Francisco hopes to reach The Spire, a city linking the upper and lower worlds. The player joins Francisco and Amelia on their journey.

Which factors led to developing this game?
After updating “First Strike,” our debut game, in the summer of 2014 we decided to pursue a new project. The war in Syria had just reached its tragic climax and media coverage was more vehement than ever. At the same time, the mediterranean was witnessing a dramatic refugee crisis, which was barely reported on. This prompted us to engage more intensely with these events. We were convinced that the refugee issue would become an increasingly stronger concern in the years to come, but we never thought that in the summer of 2015 — a mere few weeks before the release of “Cloud Chasers” — the number of refugees would rise quite so drastically. 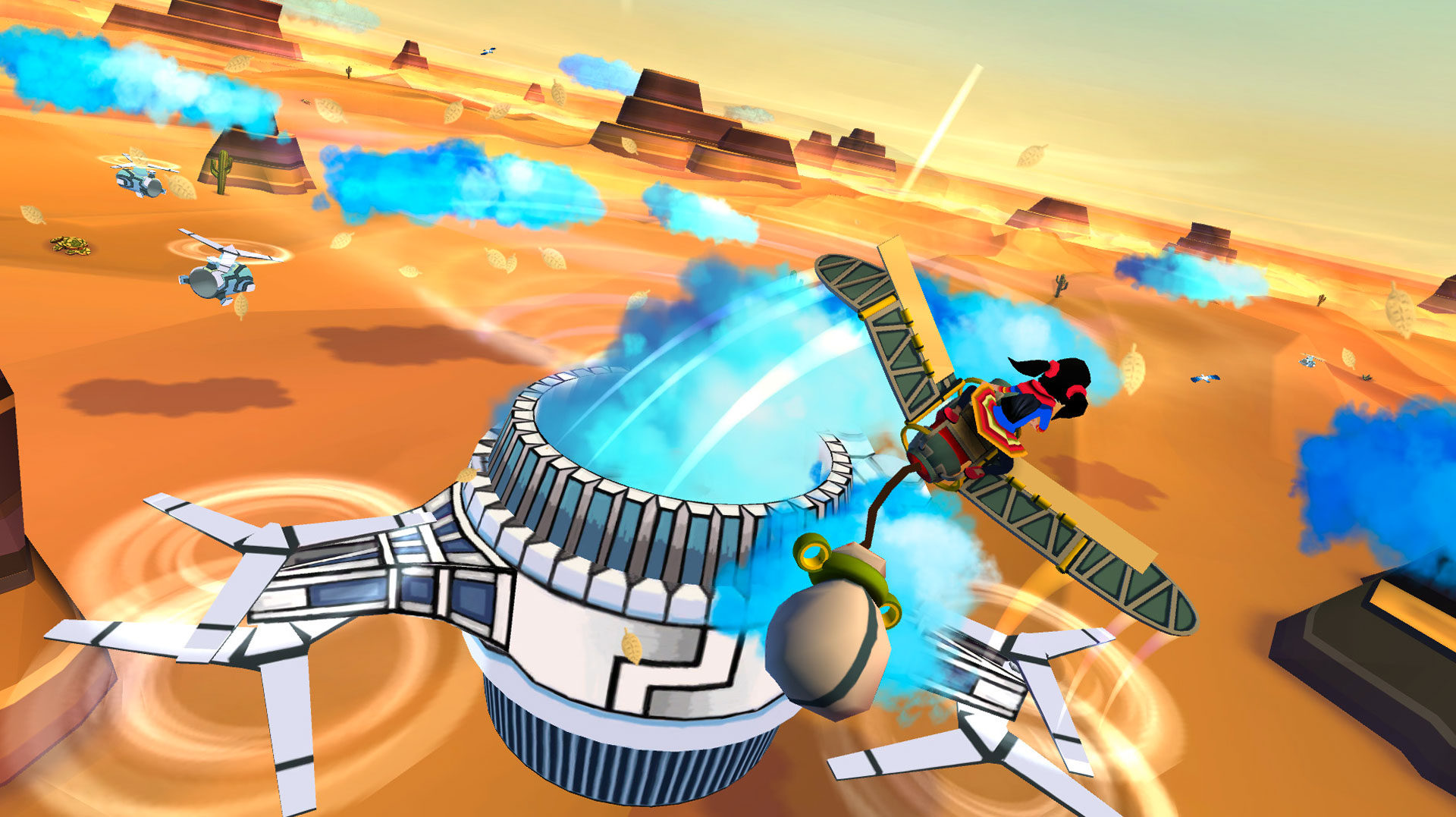 What are the characteristics of “Cloud Chasers” from a game design perspective?
In “serious games,” fun is often secondary given the nature of the themes. It is important for us at Blindflug Studios to let ourselves be inspired by serious issues and to develop solid, enjoyable, and entertaining game mechanics on this basis. Games lacking enjoyment are often quickly put to one side and their message barely reaches the players.

How would you describe the aesthetics and experience of “Cloud Chasers”?
Migration is an issue associated with a rather sombre aesthetics, from which we consciously sought to distance ourselves. In “Cloud Chasers,” players experience events through Amelia’s eyes, hence making things more colourful and cheerful than her tragic fate suggests. Players greatly appreciate this design decision. We were surprised by the many positive responses from parents who played the game with their children. “Cloud Chasers” is quiet, nonviolent, and its many subplots provide a good basis for conveying its theme to a younger audience.

What is your favourite moment in the game?
My personal highlight are the over two hundred amusing and affectionately designed conversations between Francisco and Amelia. There are so many beautiful moments that it’s very difficult to pick any particular one.

Maike Thies (maike.thies@zhdk.ch) is a game design research associate at Zurich University of the Arts. 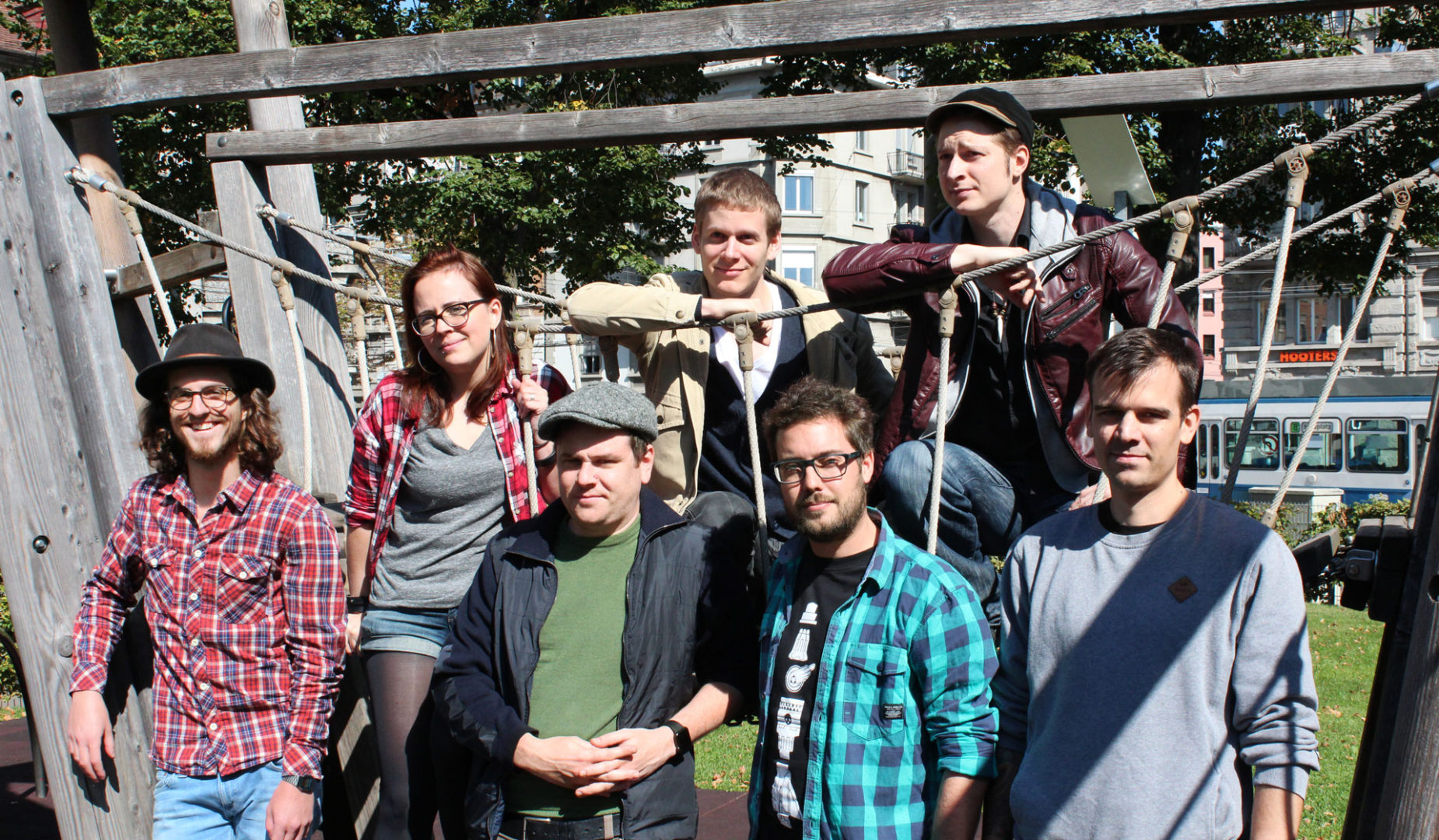 “Cloud Chasers” is available for CHF 4 for iOS and Android from the App Store, Google Play, and amazon.de.
cloudchasersgame.com
Teile diesen Beitrag: