“I virtually grew up in a photographer’s studio” 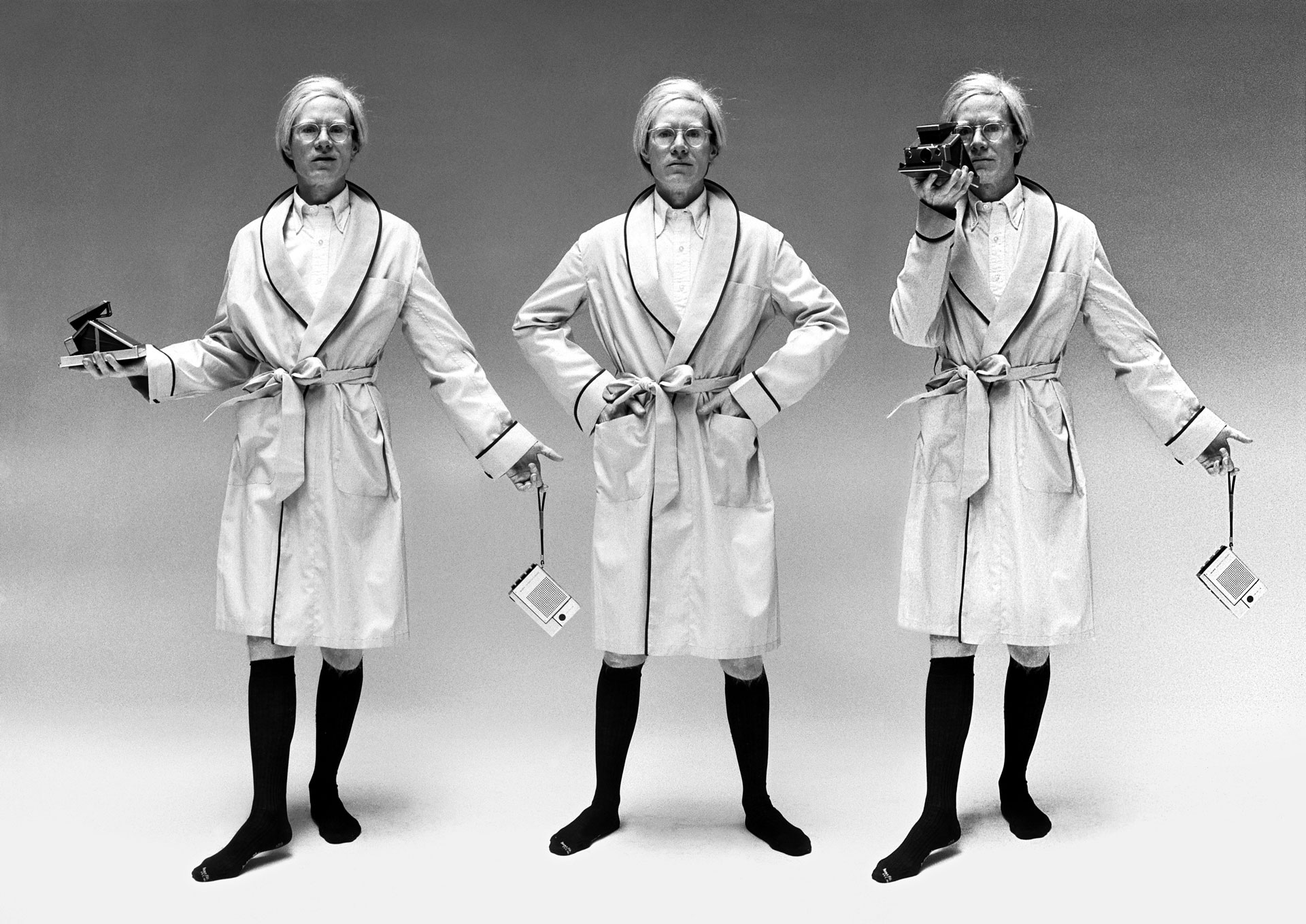 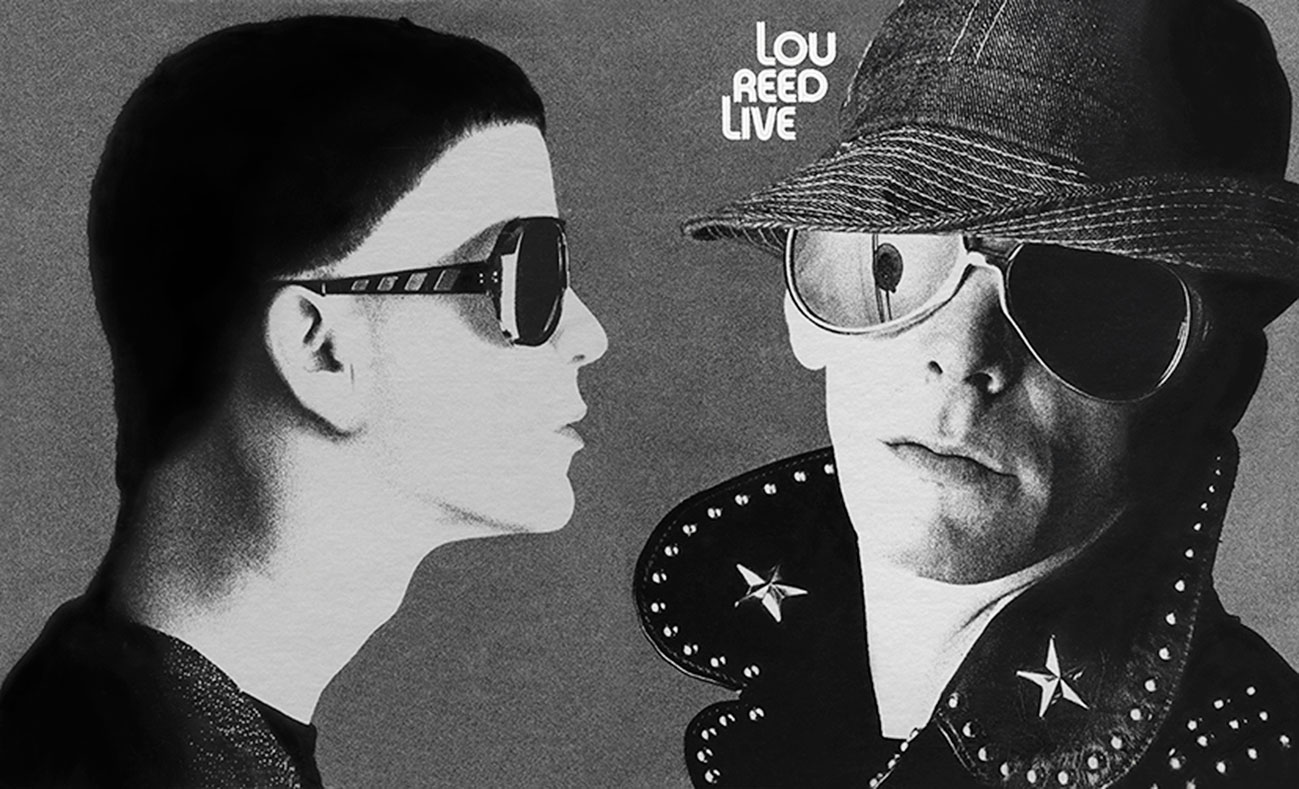 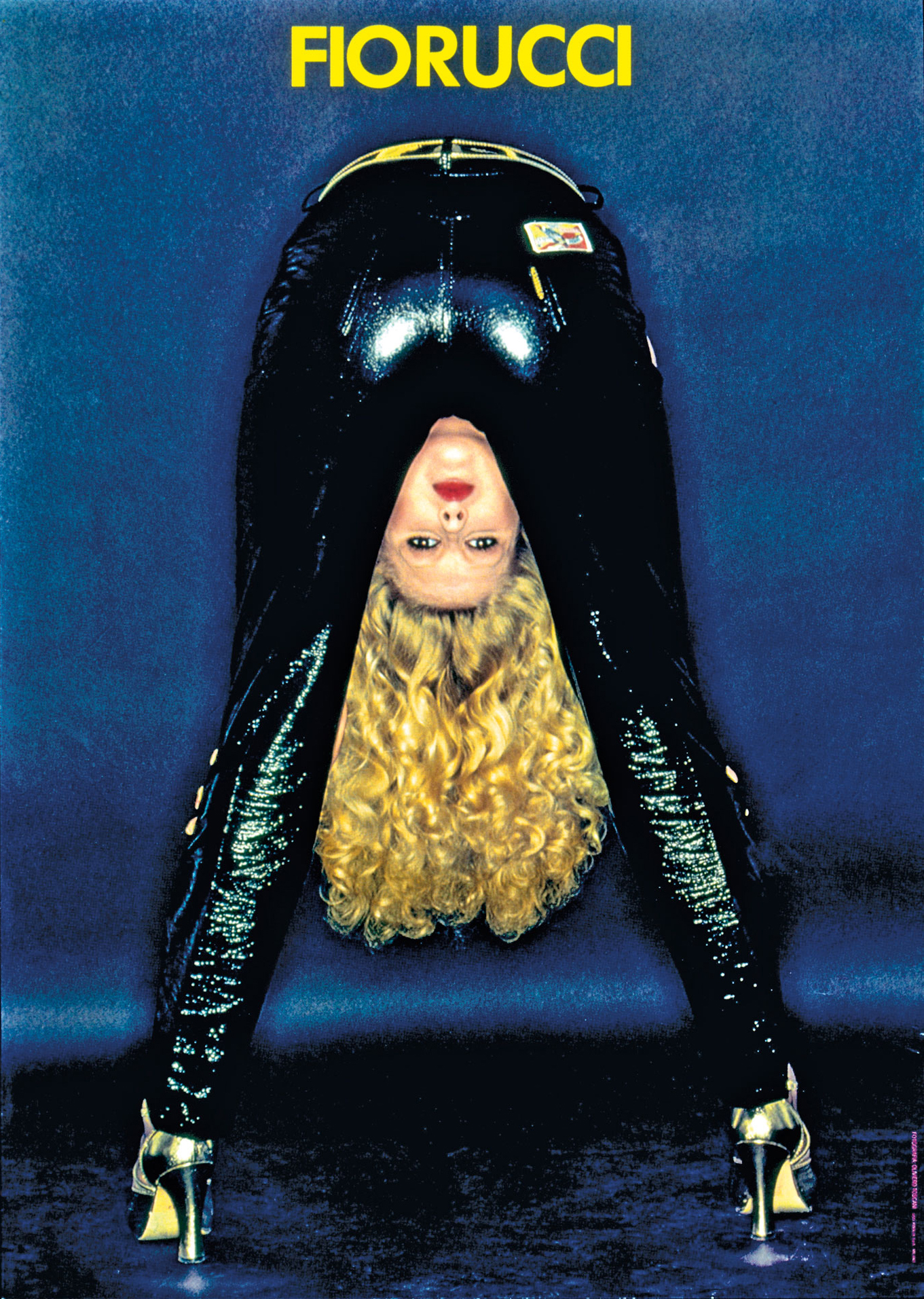 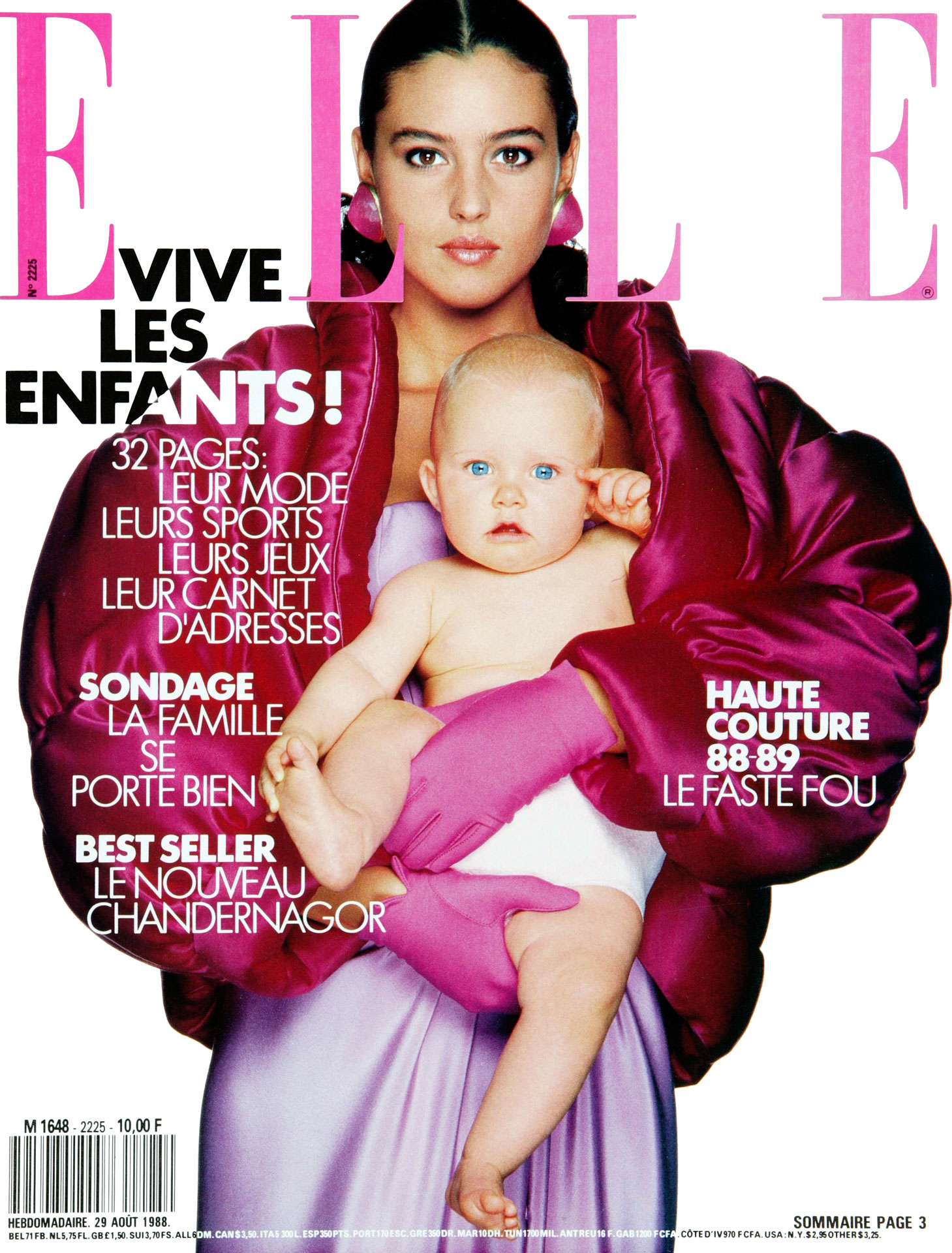 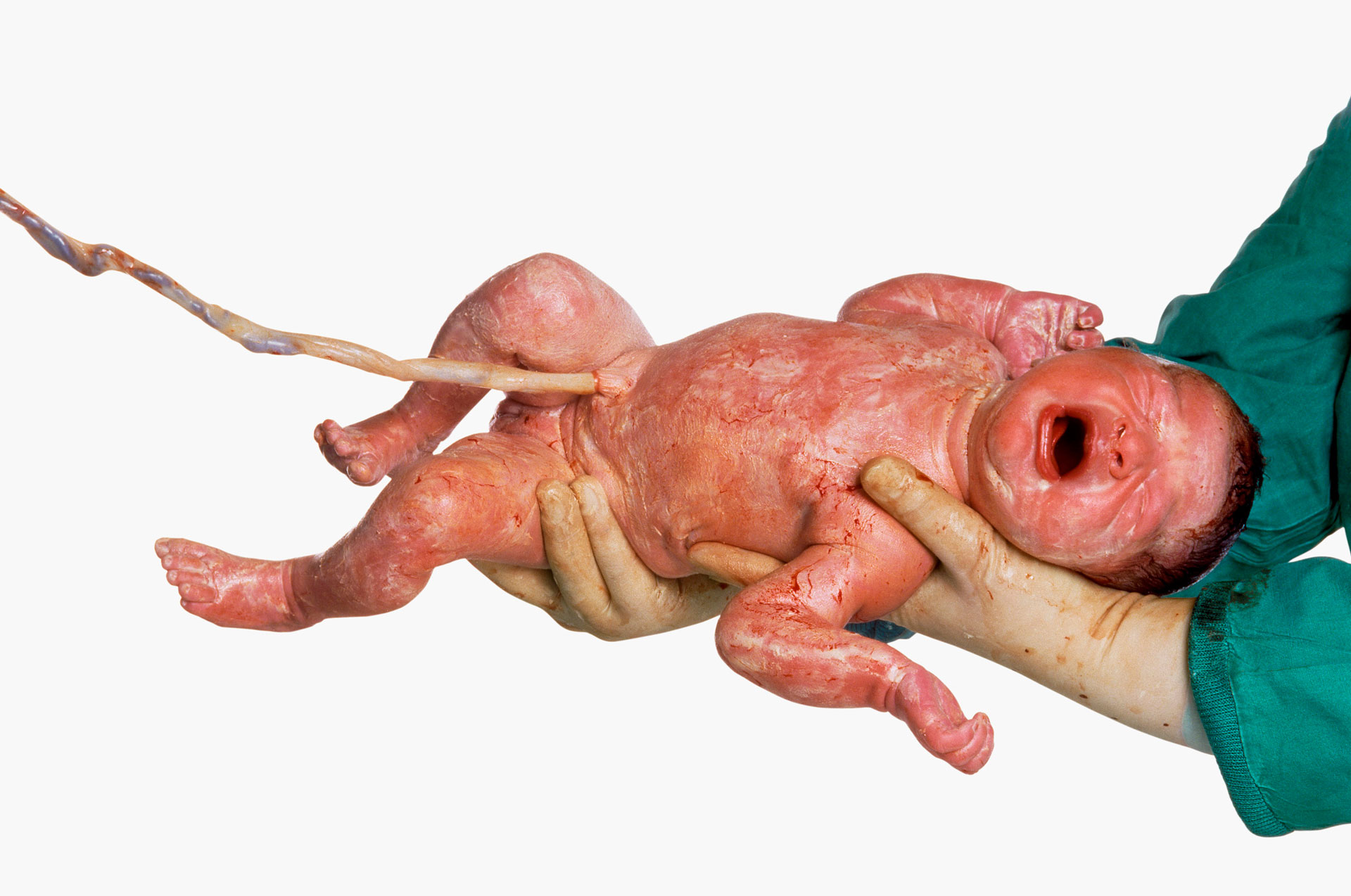 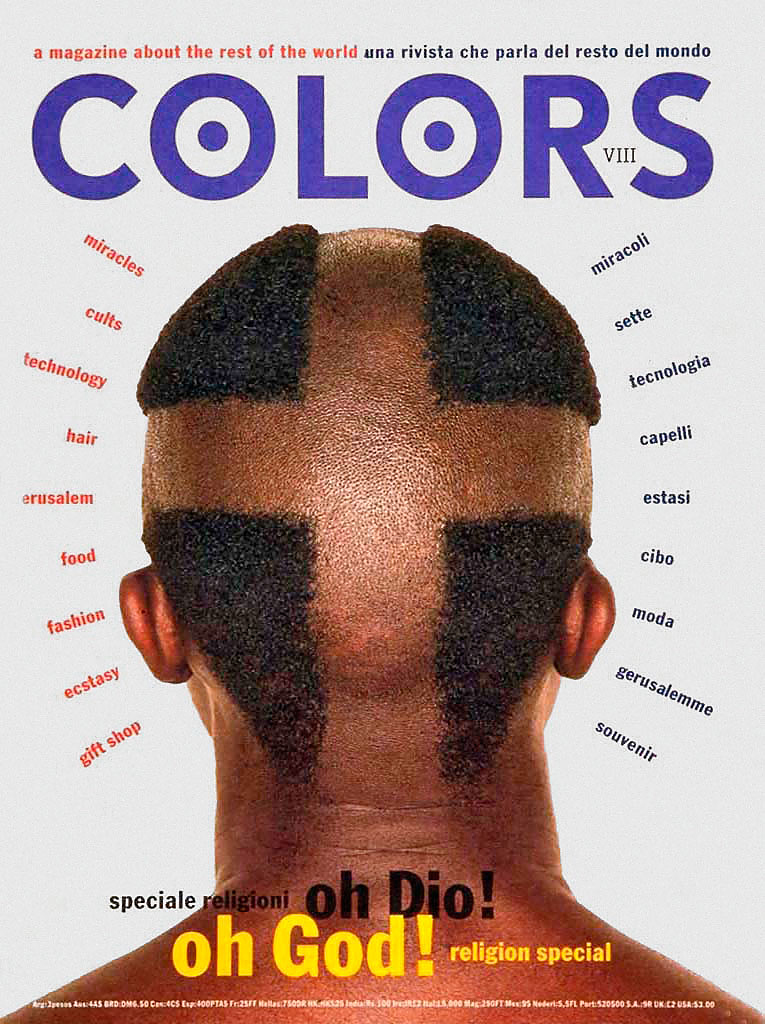 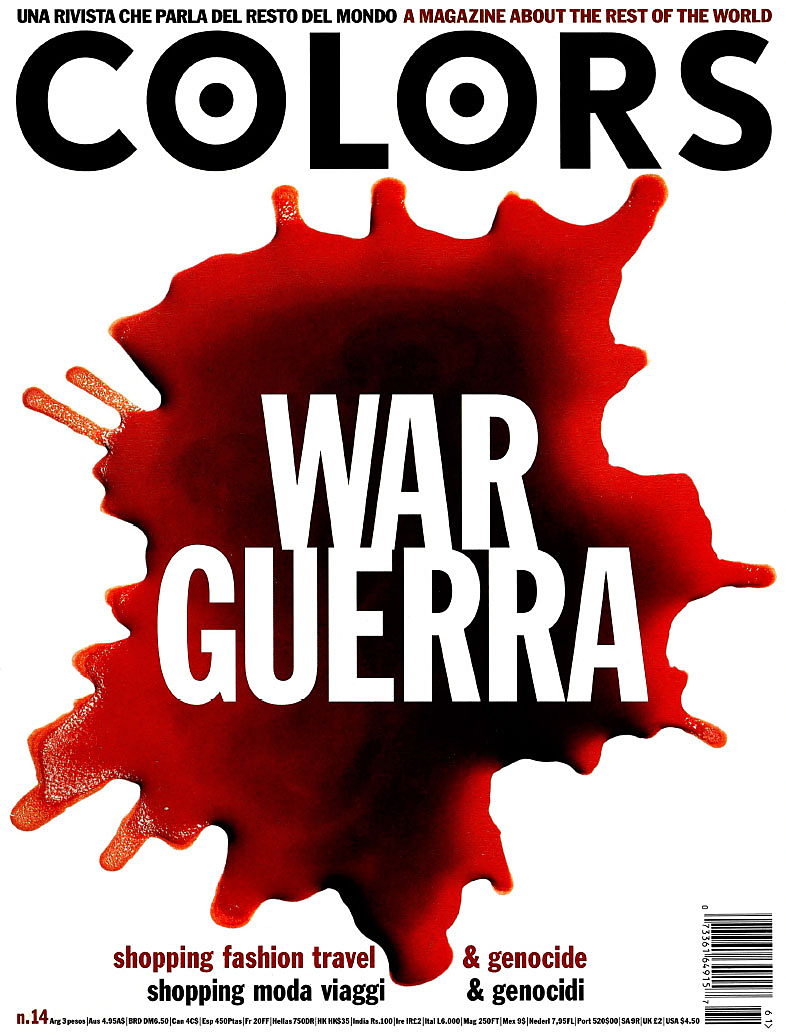 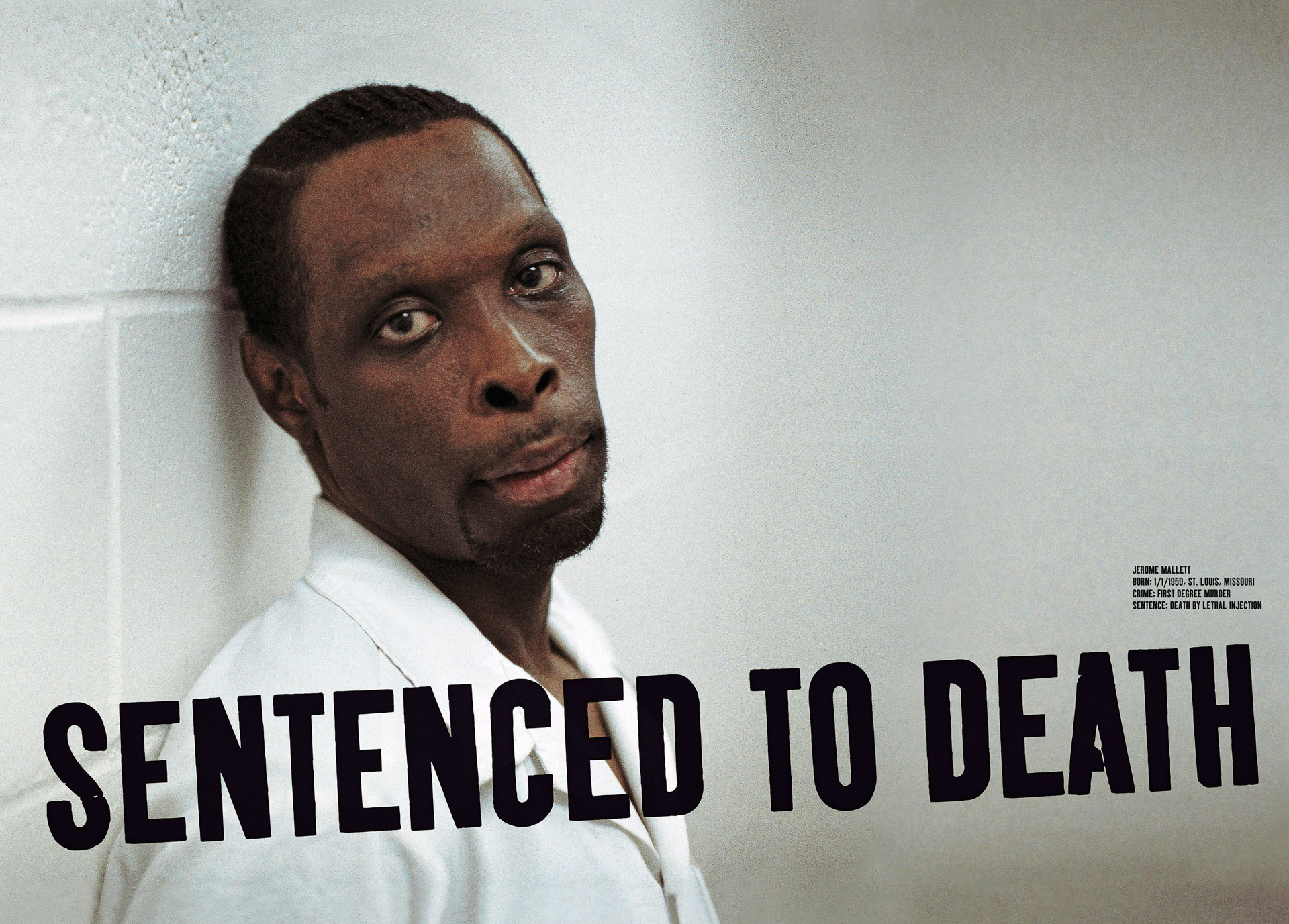 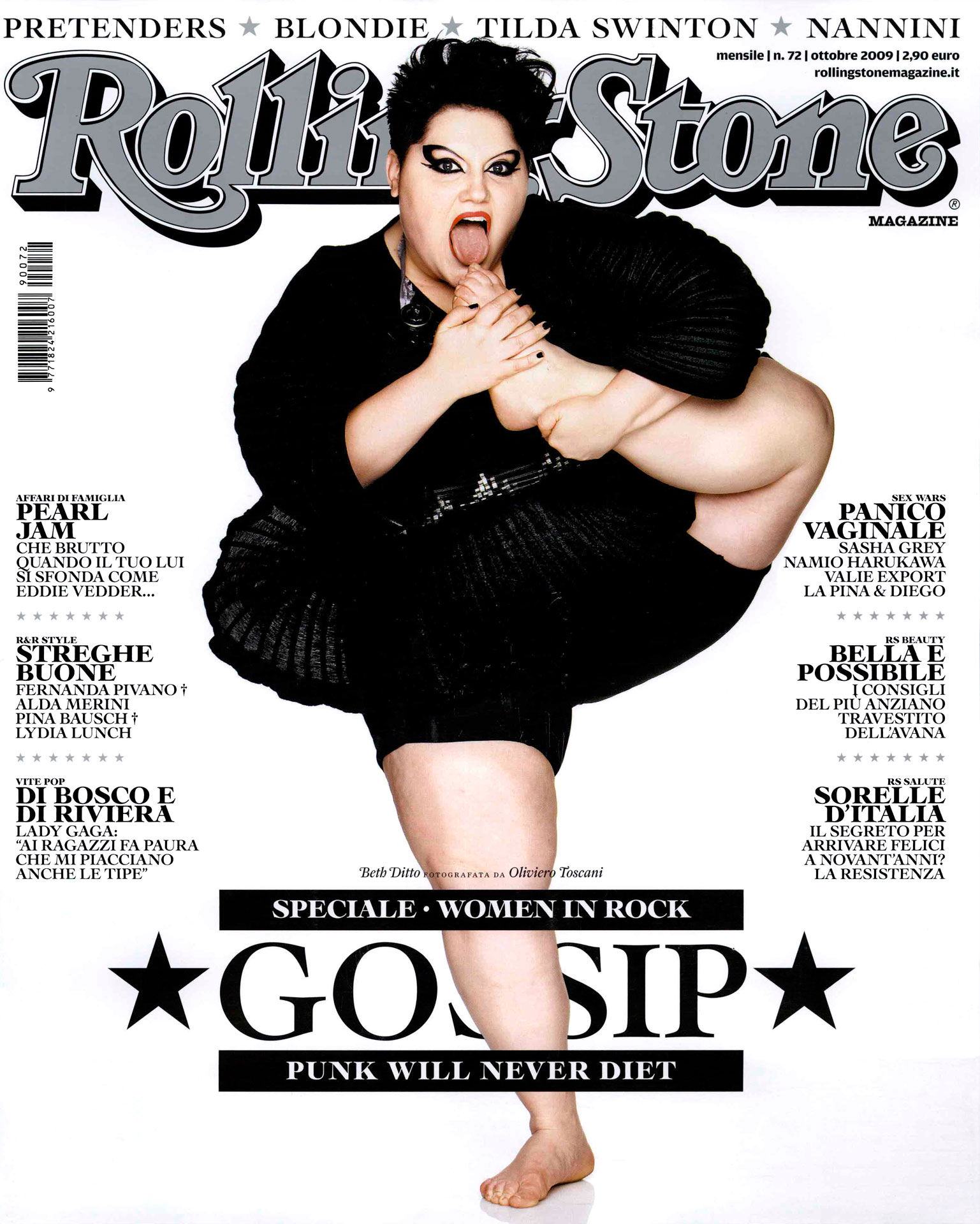 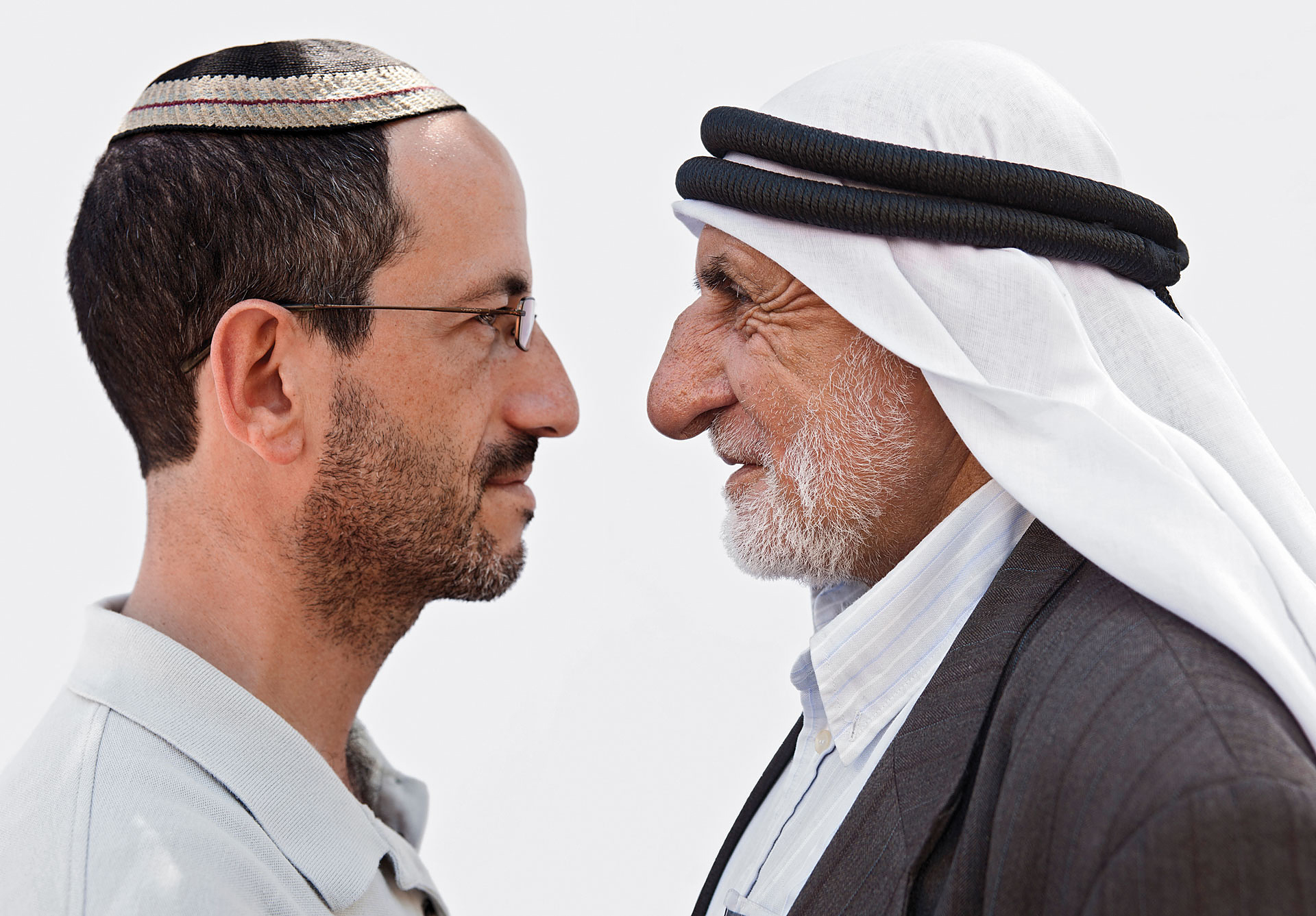 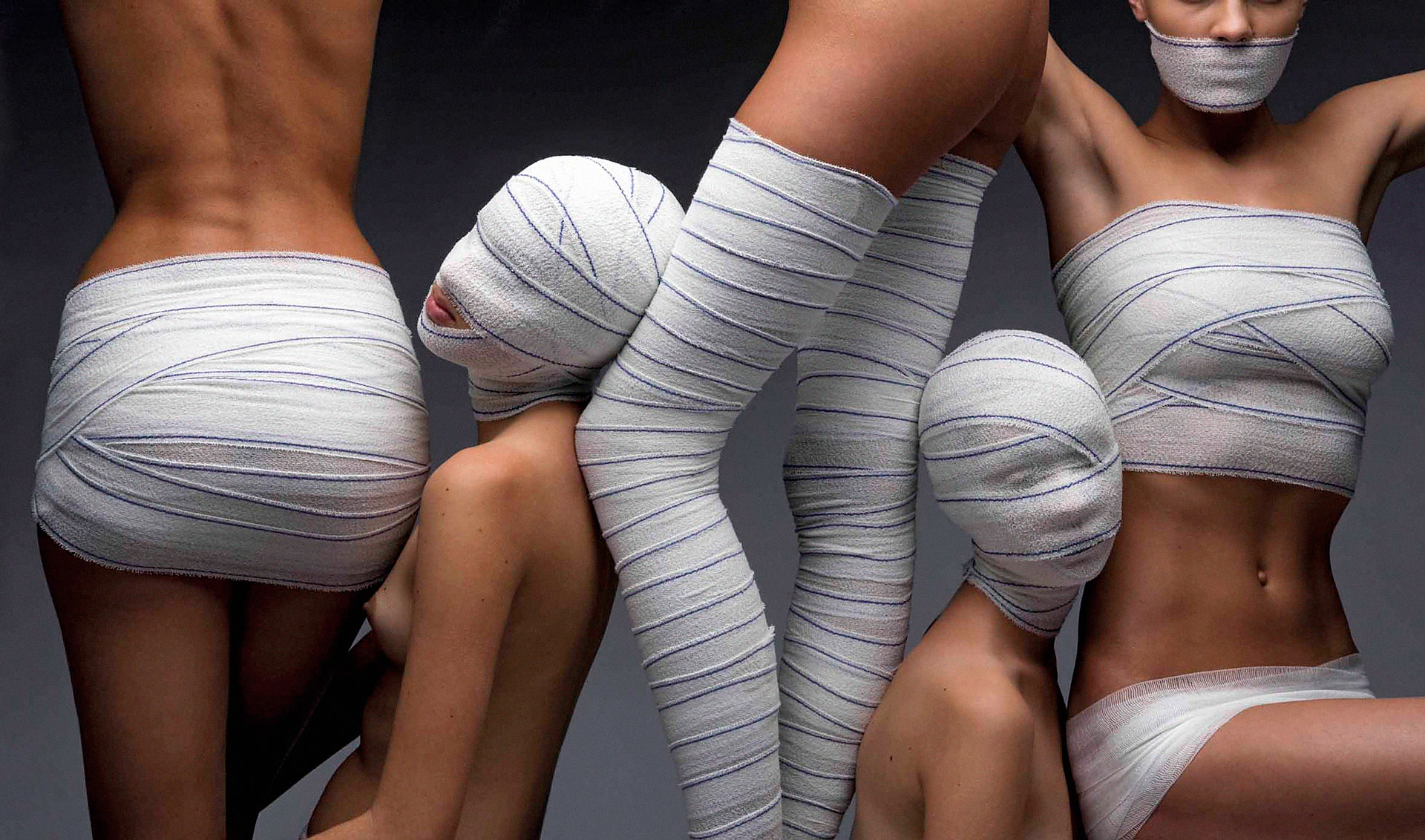 “I virtually grew up in a photographer’s studio”

ZHdK alumnus Oliviero Toscani reflects on his path to photography

Born in Milan, Oliviero Toscani is one of the world’s most acclaimed photographers. Among others, his work strongly influenced Benetton. His journey to the heights of contemporary advertising photography began with a letter. Sent to Toscani’s parents in 1960, the director of Zurich’s Kunstgewerbeschule (School of Arts and Crafts) had written to confirm their son’s admission! Soon afterwards, Toscani headed north in a white Austin station wagon, driven by Serge Libiszewski, one of the school’s graduates. OLIVIERO TOSCANI recounts those times.
___

I come from a family of photographers. Photography was our livelihood and photography our food. I am what one might call a child of the arts and virtually grew up in a photographer’s studio. My father Fedele founded the Publifoto Agency, later Rotofoto, the photography agency of the Corriere della Sera.

As a child my hands tasted of fixing salt. I spent as much time in the darkroom as I could.

My sister Marirosa, eleven years my senior, became Italy’s first professional female photographer. With her husband Aldo Ballo, she founded the well-known studio Ballo+Ballo, which shot some of the most famous design and architecture photographs. As a child my hands tasted of fixing salt. Whenever I could, I spent my time in the darkroom.

The end of improvisation — photography grows up

“To learn this profession or practice this trade,” my father said, “one needs professional training. Improvisation is no longer enough; one needs solid training.” This is the year 1960 and I am eighteen years old. I preferred spending time at the cinema rather than at college, which bored me.

One day, Aldo Ballo mentioned a certain Serge Libiszewski, who was working for La Rinascente [the Italian luxury department store], which was also one of his clients. Aldo, a perfectionist through and through, was fascinated by Libis’ methods, professionalism, and the outcome of his work. He sensed that they reflected solid professional training, which was nonexistent in Italy at the time. Aldo, my sister, and many other photographers had been forced to attend schools that offered no such opportunities in photography. They became photographers by studying at the Liceo Artistico of the Accademia di Brera, which was already progress compared to my father, the self-taught pioneer of Italian photography.

A long-term objective: the foundation course in Zurich

“Libis had attended the school of photography at Zurich’s art school,” Aldo said, “so why don’t we go talk to him to find out more?” After so many years, well actually half a century, I still have vivid memories of the day we arrived on the sixth floor of La Rinascente on the Piazza del Duomo, to visit the shrine, the mostro sacro. We walked through the large studio and sitting at the very back, in the half-shade, was Libis.

The admissions exam for the foundation course lasted three days. I had to draw, model, design, compose, colour, interpret sounds and noises — things that I had never done before.

He looked me up and down and asked, in a half-interrogator’s, half-examiner’s voice, how old I was and how I spent my time. He told us that I would need to present myself in person to the school director in Zurich to gain permission to sit the admissions exam for the one-year preliminary course, the famous Vorkurs. Being “allergic” to exams, I found this rather complicated and difficult. Also, I realised that I didn’t speak a word of German. Well, in any event, I travelled to Zurich, with some photographs in my portfolio. I presented myself to the director to gain permission to sit the admissions exam.

At the end of February, I took the exam — in German. Fortunately, there were a couple of students — especially some nice young women — who explained the tasks to me in French or Italian. The admissions exam took three days. I had to draw, model, design, compose, colour, interpret sound and noises — things that I had never done before at school in Italy. On the train back to Milan, I felt quite overwhelmed and was sure that I would never pass the exam, because I lacked talent.

After I had resigned myself to this bleak outlook, because I was convinced that attending the foundation course had become a very remote, even utopian prospect, a letter arrived. It was from the Zurich School of Arts and Crafts, addressed to my father, and written in German. No one read German in our family. My father suggested we went to the Corriere della Sera to seek help from their translation office. Sitting at a long desk in a large room were the translators. The German translator began reading the letter: “Dear Mr Toscani, We are pleased to inform you that your son has been admitted to our school.” Overjoyed by the news, I did a forward somersault on the translator’s desk.

All the way from Milan to Zurich, Libis told me anecdotes, stories, shared memories, gave me advice, and discussed school details. If memory serves me well, we even sang songs.

In my eyes, knowing the quality of my exam papers, I was sure the examiners had made a mistake. They had either mistaken my name when they sent out the admission confirmations or, more feasibly, the fact that one of the school’s most capable graduates, Libis, a great experimenter, had introduced me, had swayed their decision. I was convinced this was the case when I discovered that the examiners were former classmates of his. What this reveals is that being introduced by an important person can be a huge advantage, even in Protestant, rigid, ethical, and moralistic German-speaking Switzerland!

In early April, I travelled to Zurich to start my training. We drove up in Libis’ white Austin station wagon. It was a journey into my future. All the way from Milan to Zurich, Libis told me anecdotes, stories, shared memories, gave me advice, and discussed school details. If memory serves me well, we even sang songs.

I spent two nights with his family and met his mother, a very nice, but strict lady. His father, a man with a brisk walk and an attentive gaze, was a great illustrator. He produced illustrations for fashion magazines before they were illustrated with photographs. Libis’ father, not Libis, had invented the family name.

Looking for a room and meeting girls

Once we arrived in Zurich, Libis scanned the local ads and helped me find a room with an elderly lady, a pensioned widow. He vouched for me, telling the lady that although I was Italian I was a credible character (or least could be). In 1960s, we Italians weren’t considered the epitome of reliability — and perhaps things aren’t any better today. Anyway, the room cost 75 Francs and the elderly lady told me immediately that it was forbidden to bring girls to my room.

Fortunately, there were many female students, who all seemed to reflect the spirit of the classes they attended. Those attending the foundation course were cheerful, naive, fresh-faced, and committed to finding out whether they were really creative talents. Then, after sitting the entrance exam to the various professional classes, they became more self-assured, interpreting the role of the various occupations like genuine and jolly good actors.

The colours: black and white — and perhaps, if things got really wild, a Bodoni or a little red. Amen.

The students attending Josef Müller-Brockmann’s graphic design class were all somewhat pale, rather taciturn, and hardly ever smiled. They listened to cool Jazz like Ornette Coleman, the modern Jazz Quartet, or Thelonious Monk. The music was played — not too loudly — on white Braun vinyl record-players. The entire class was very rigorous and cool and, if at all, loosened up a bit in the darkroom. The only fonts were Haas Helvetica or Akzidenz Grotesk. The colours: black and white — and perhaps, if things got really wild, a Bodoni or a little red. Amen.

The rosy-cheeked and outgoing girls in the textile class were utterly different to the fairly frigid girls in the graphic design class. They created beautiful, soft, colourful carpets. They invited others for lunch in their light-suffused classroom. The girls attending the beautiful and likable Elsie Giauque’s fashion class were perfectly informed about all the contemporary styles and wore the latest fashion. I saw my first mini-skirts here — or was it perhaps because they all had such long legs.

The girls on the interior design course were intellectual, strong-minded, keenly interested in morphology. They were guided by interesting, innovative ideas or by Willy Guhl’s anatomical forms.

Idealistic children of the 60s

The girls in my class, Walter Binder’s photography course, were cheerful and open. But they constantly had a Rolleiflex dangling from their necks, which made them appear somewhat distant. We listened to the Beatles and the Rolling Stones, ethnic African music, the Animals, and Bob Dylan. Unlike the graphic design class, we had more darkrooms, which did our social life good.

We were the first generation of women and men who talked with one another to understand each other.

All the girls at the School of Arts and Crafts (what a modern and sophisticated name) had one thing in common: they almost all wore black. Along with their male peers, they were part of the first generation of the sexual revolution springing to life at the time. Movements like “Free Speech” took off, and we were the first generation of women and men who talked with one another to understand each other. We were children of the 60s, the first generation influenced by autonomous and clear values, wearing our hair long, rock’n’roll flowing through our veins, with great ideals.

Oliviero Toscani was born in Milan in 1942 and attended Zurich’s School of Arts and Crafts from 1961 to 1965. He is a world-acclaimed creative professional and fashion photographer, whose work has made a lasting impact on various famous brands, including United Colors of Benetton.

Serge Libiszewski attended the foundation course and the photography class at Zurich’s School of Arts and Crafts from 1947 to 1952. In 1961, he opened his own studio for fashion and advertising photography in Milan, which he ran until 1995.
Numerous works by Oliviero Toscani are held in the various collections of the Museum für Gestaltung Zürich. They can also be discovered online at eMuseum.ch.
Teile diesen Beitrag: