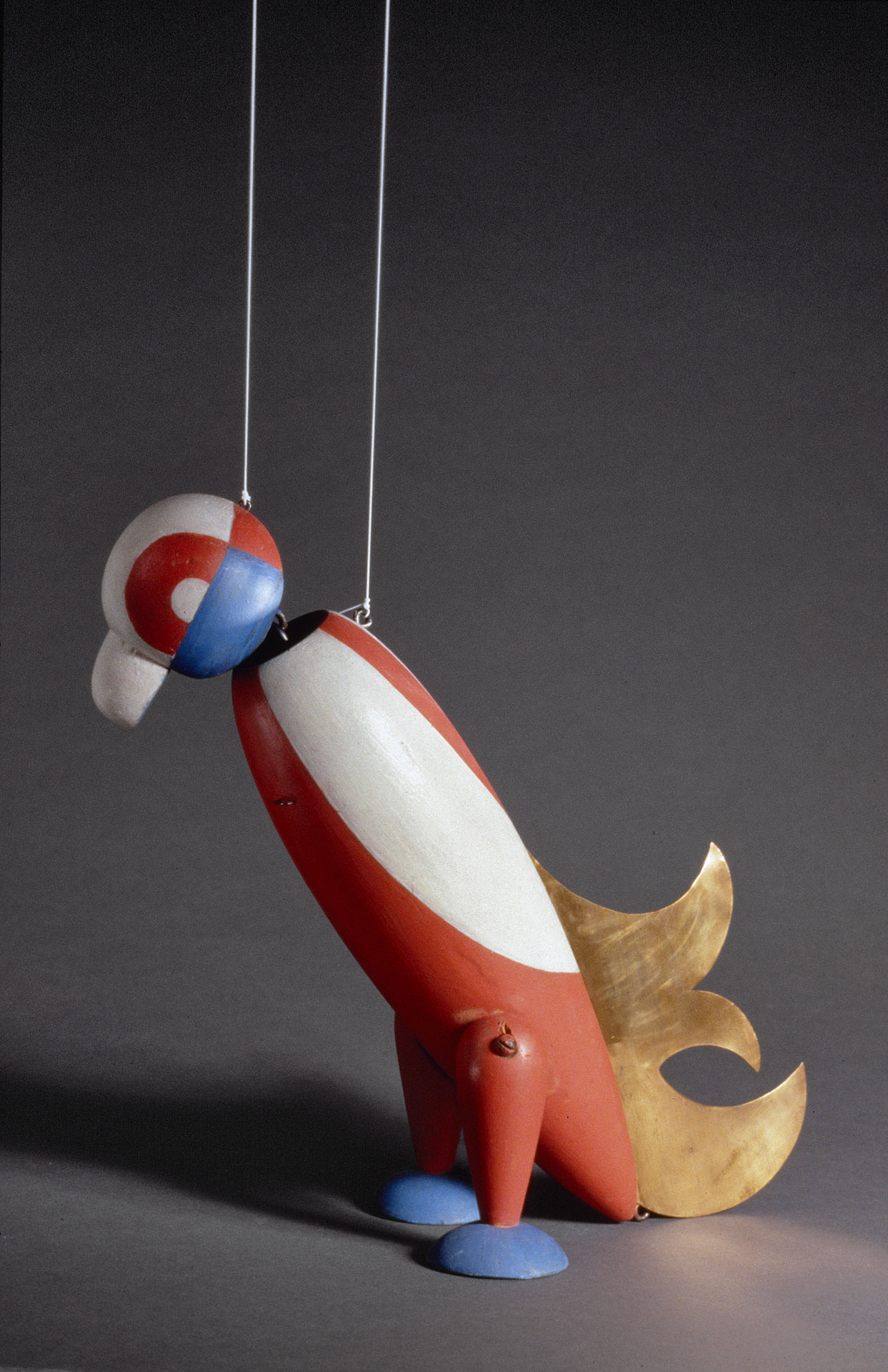 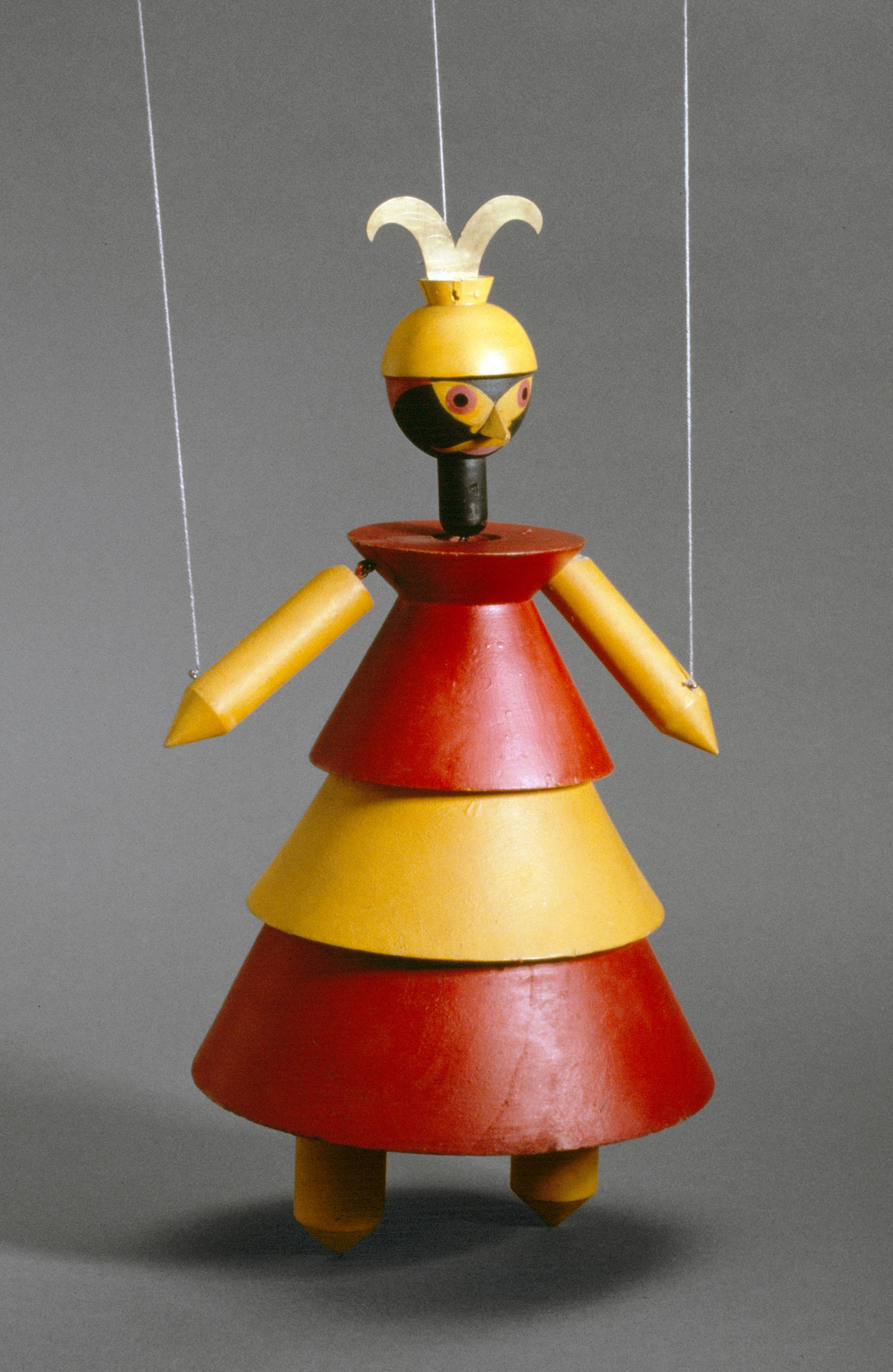 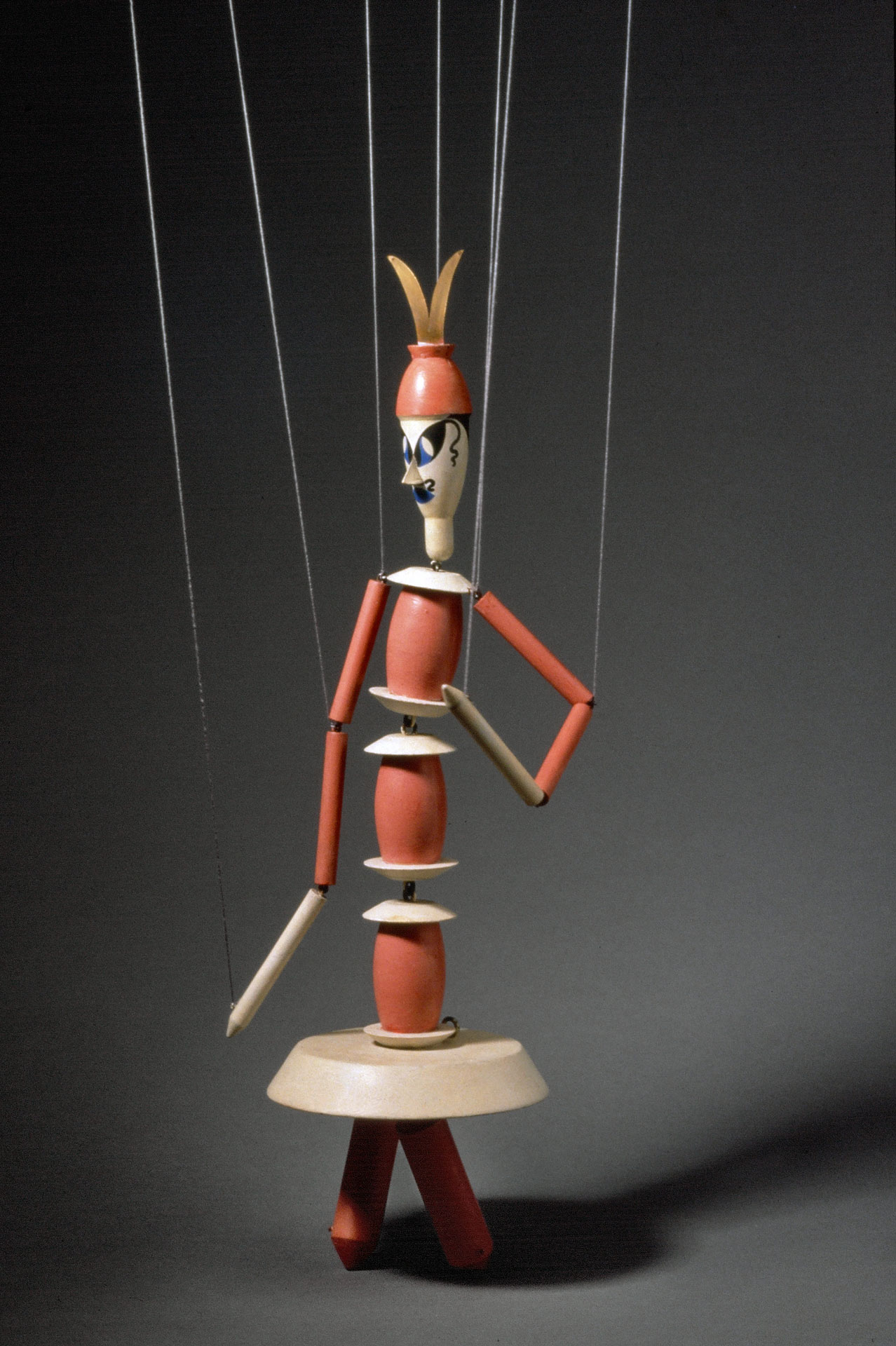 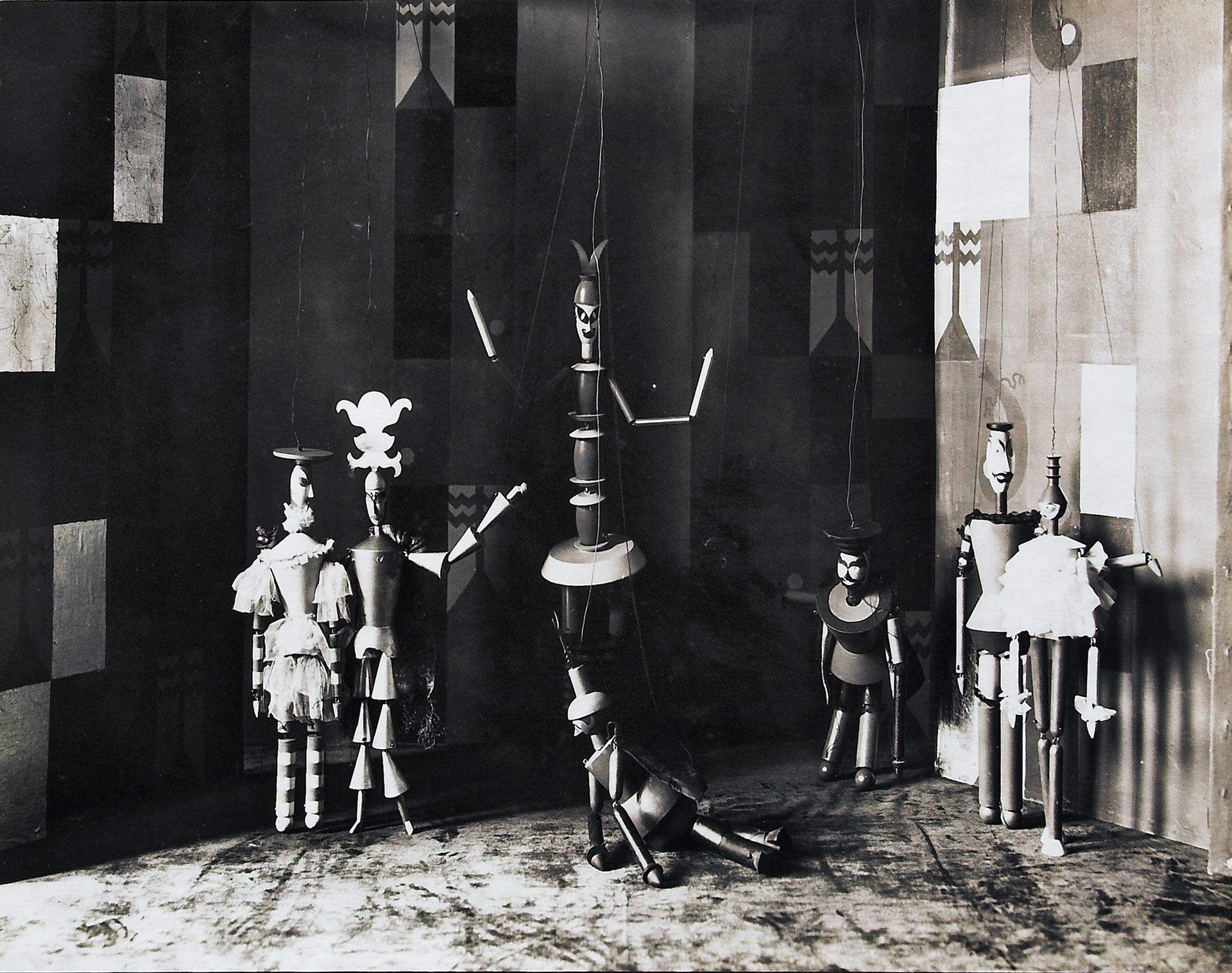 Sabine Flaschberger, what is “König Hirsch”?

Freudanalyticus and his loyal student Dr. Oedipus Komplex are the protagonists of the tragi-comical fairytale “König Hirsch,” first performed in 1918 at the inaugural Swiss Werkbund Exhibition on Zurich’s Sechseläutenwiese. The play was part of the programme devised for the puppet stage, which provided a space for creative design experiments. Its authors René Morax and Werner Wolff revised the original play, written by Carlo Gozzi in 1762 in the tradition of the Commedia dell’Arte, and rewrote it as a comedy of errors parodying the powers of psychoanalysis. They also added plenty of local flavour. For instance, the characters meet in the “Burghölzliwald,” the forest adjacent to Zurich’s psychiatric hospital; and besides countless other languages a parrot appearing in the piece speaks “Züritüütsch” (the local dialect) “and thus also Dada.” “König Hirsch” ties in seamlessly with the activities of the Galerie Dada, where the versatile artist Sophie Taeuber (1889–1943) performed as a dancer inherently part of Zurich’s Dada scene. She had been teaching textile design at the local School of Arts and Crafts since 1916 and, commissioned by school principal Alfred Altherr, she designed geometrical stage designs and props for “König Hirsch,” as well as 17 figurines made of turned rotating elements with mask-like faces.

Today, the original figurines are held at the Applied Art Collection of Zurich’s Museum für Gestaltung while a set of exhibition copies travels the world. Reduced to scale replicas are on sale at the Museum Shop.

Sabine Flaschberger (sabine.flaschberger@zhdk.ch) curates the Applied Art Collection at Museum für Gestaltung Zürich.
In the section “What is…”, experts from around ZHdK offer brief reflections on key terms and concepts in the arts and culture.
Glossary
The original puppets can be marvelled at on a guided tour through the collections of the Museum für Gestaltung Zürich.
www.museum-gestaltung.ch
Teile diesen Beitrag: